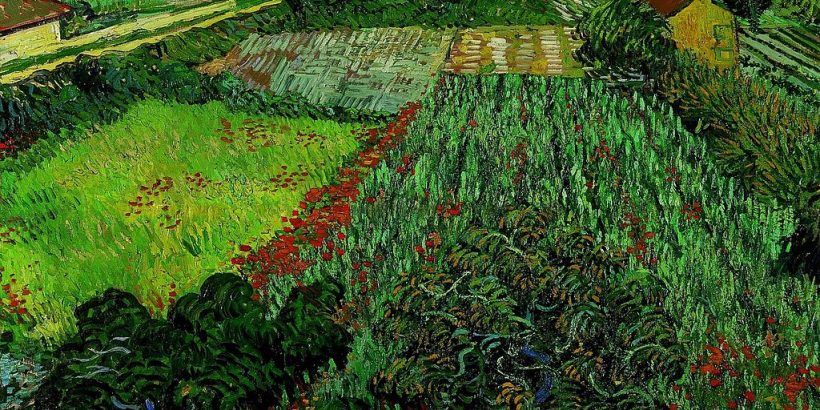 This is the transcript of two questions and answers from the evening of Saturday 5 April 1986. I found that day’s material rather extraordinary. There were so many points at which I could comment that I decided in the end not to add anything at all.

The first question came from Richard, who said that, in the morning, he had found some sort of quiet, and had made his aim to stop dreams from taking over.

“Well, in that resolve, you had certain kinds of dreams in mind, I think,” said Mr Adie. “Dreams of a particular character, were they not? Dreams about your work, your daily work?”

“Then your resolve was rather broad. Certainly, you want the dreams to die down, and that will depend upon making a plan. If I could take one thing which I could pinpoint, either in time or place, or relation, or being, then afterwards I can ascertain whether that has been at all fulfilled, and if so, to what extent.”

“The good intention of trying to keep your dreams at bay is just a start. It’s like going down to a river to catch fish with the attitude of “let me catch whole shoals of fish”. Actually, you plan to catch one type of fish, and for that you select an appropriate rod and line, and the right bait, and then you might catch that fish. But you can’t have an intention of catching all fish which will come. But that is what one does in this work too often. “That is formatory thought. It takes that character.”

“I wish to stop dreaming, but I will be lucky if I stop one, so I might as well choose one and see. Sense the wish inside you, and don’t take it too far ahead. Don’t let my wish have to stretch too far. Don’t make it a wish for tomorrow. It might work, but if my wish now is connected to a wish for five minutes’ time, or half an hour’s time, there is a better chance that the impulse will still be strong, and I will notice when the time comes, or see much sooner that I have failed; and that’s not a total failure. Our work is very, very delicate. And precise.”

Richard added that in the afternoon he had tried to be present whenever he took a step, but it hadn’t worked.

“It’s too quick. Each step follows too quickly. I have to be careful and choose what seems to be the best interval. You have mentioned your wish, that you had a variety of wishes. One was to stop the dreams, another was to do the job well. Okay. There is a day which has not been empty of impulse. To have a wish is really something. But a wish on behalf of what? Where does this wish lie? What in me wishes? My personality? Is it an automatic thing? I could hardly call that a wish.”

“What is the mystery about a wish? Of course it relates to the future, I wish in the future to be thus and so. What can I do now about it? The moment is yet to come. What is possible? The day is a long time. I have to come inner. The wish is an inner and a present thing. And if it is like that, it can’t be a very powerful wish, because it isn’t a very practical wish. The best kind of wish is something not too easy but possible, such as every tenth step. Or working hard when I get to the bottom, or something like that.”

“I wake in the morning, an ordinary day, what happens? I am just in the same position. There it is, morning. I wait. If only I could bring my wish into that moment, my wish to stop, there would be a marvellous chance.”

“All sorts of thoughts are beginning to start. I see the shoes. I notice that they’re dirty and I have to clean them, or something else is broken and it’s got to be mended. I remember an appointment, and the day’s already got me by the throat. I can’t stop the day, but for a second I can stop internally. I have that moment, and then in addition I maybe set aside five minutes to try and think like a sane man.”

“I shall find a bit of interference, and I know that I have to be present before that. Then, maybe having brought some idea of connection, I will be able to sit for another five minutes, more or less free from thought. And then my approach for the day is quite different.”

“How vital it is. And all these things which rather make a groove in myself, they can all be sort of smoothed out, and eased out, and then I can be free to awake.”

“And then the question arises: something in me was prepared to work hard. And now that my thought has settled I see that I have to work differently. It seemed alright then, but it does not seem to correspond now. I don’t want to scrub out all my past work. I have evidence that something in me is prepared and willing, but it was mixed. So, I have to understand that, and to see what is good and useful and what is not – and why it is or isn’t.”

“I don’t want to dismiss all my past. I would disappear. If I could dismiss all the past there would be no one here, just an empty chair. In my past, with all its murky mistakes, there’s also very useful material as well.  And I have to sift through that. I can’t just say that I will cut all this part out while leaving that. No, there’s much more work attaching to it.”

“So, people who have worked have some history. It’s fortunate, because they have material.”

“I remember, the difference between the work with Mr Ouspensky, for me, and the work with Mr Gurdjieff. When I went to Mr Gurdjieff, I found that what we had been talking about with Mr Ouspensky was taking place, was actually in operation. We had been talking about it there, but here it was happening. Even before I had met Mr Ouspensky, I had been trying to work, and had had quite extraordinary results. And I had more extraordinary results with Mr Ouspensky. The way of working we had then was rather tense, but nonetheless I tried, and it gave results. And I think of it now, and I see that in a way I would not be capable of that now. But something else is possible. That style was dependent on a great deal of tension, and I was prepared to submit to that tension and I did achieve results. But it wasn’t the development of a balanced being. It was unbalanced, and had all sorts of ideas attaching to it.”

“And so, in our experience, we all have work which we have done with one centre or with two centres, and now we come to this three-centred work, and it isn’t to be taken hold of and described easily: this is the whole thing. It’s much more subtle. It’s alive, it’s here, now it’s gone, it’s back again.”

“And in all that time, I had perhaps, four or five very special experiences. But now I have experiences every day. What a difference.”

“Could I ask a question about that?” asked Elizabeth.

“If no one has any question about their work, yes. It will be the last question of the day.”

“It is just that I cannot think about the day.”

“You have to find out how. One way is to take a piece of paper and try and put down something of what seemed most important. And don’t be in a hurry. All sorts of things will come. This and that, but eventually, by dint of being before this piece of paper, some idea will come. Perhaps you will say “this is worth putting down”, and once that has started, a different process is going. A connection has been made. And then maybe the thought will come. You can’t think by choice. You have to be present to the thought.”

Joseph Azize, 5 February 2017 (Mr Adie’s material is copyright for the trustees of his estate.)