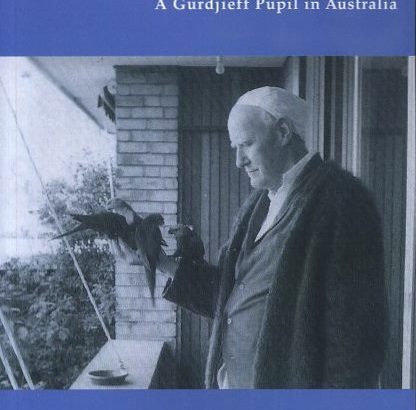 This comes from the meeting of Thursday 19 March 1986. The exchange with the young man, who happened to be myself, was moderately interesting. But what was fascinating was the way that Mr Adie noticed a young woman, rather a very young woman, laughing as I described another woman crying, and how he helped her remain before it, so that she could accept that her manifestations were, as he said, “dirty”.

My observation came from my work as a lawyer. I was supervising a probationary solicitor who didn’t like and couldn’t handle the work. I tried to collect my presence and tell her that she wasn’t getting through enough work, and that the competition for her job was fierce. When I returned to her office a little later, she was crying, quite upset, her face was red and puffed up – and at that moment Mr Adie turned to this very young woman, “Tracy”.

“Why do you laugh, Tracy? Dirty little soul. What makes you laugh?”

“You visualise it, and it makes you laugh? This is interesting for you. Mmm? Stay with it, and be present as he continues. Can you?” Then he turned to me, and said: “Go on”.

Evidently, Mr Adie had understood immediately why she was laughing. But I continued. I said that seeing the solicitor like that had caused me some pain. I wondered, had I been sufficiently considerate?

“Yes,” said Mr Adie, “but you can’t be certain that you understand how to get the best work out of her, what the range is, and what she can manage. You don’t know what’s going on in her head and her emotional life, either. It could be that you tried to correct her in the wrong way. It may have been a bit much, although maybe she needed that; but you can’t be sure. You can’t be quite sure that you aren’t trying her with something that is too difficult for her, or unsuited to her.”

I said that I was concerned I might have taken the wrong tack, and that was strengthened when I later discovered she had a grudge against me for perceived favouritism. That worried me because it showed me how little I had understood. I had thought she liked and respected me.

“Whether she is or is not capable of doing the work she has applied to do, and what measures to take, is a question for you exercising your most impartial professional judgment,” Mr Adie replied. “But at least for that half hour which you have chosen, these concerns should be secondary. The half hour is devoted to your self, and that’s where what you said or did what you did would have been different, you see.”

“You know how it is said that we cannot externally consider? I am not able to until I am able to put myself in the shoes of another. I’m not able to judge. Very often we find about people that what we imagined was quite wrong. And you saw that on this occasion. But now don’t forget it. Don’t be so quick to think you understand it all”.

Mr Adie turned back to Tracy: “It is very interesting, isn’t it? Three minutes ago you were laughing, and perhaps the trigger was your visualisation. A part of you responds to the image in a way which you could not with a real person. But how easily that “I” is displaced, because you could not laugh at it now, could you?”

“And there is something about yourself you had never understood before.”