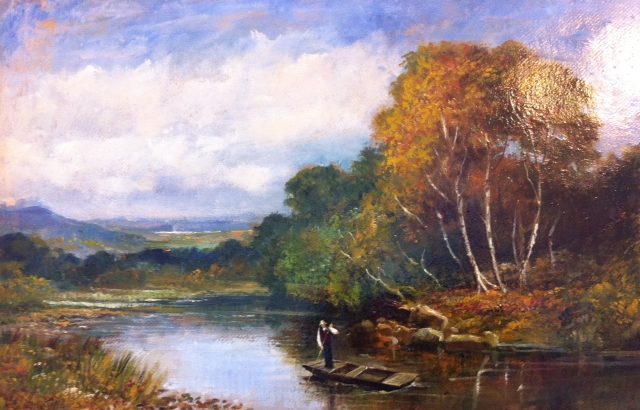 The journal Religion and the Arts is published by Boston College, a Jesuit research university in Massachusetts. The 2017 edition is a double number, described as a special issue “G.I. Gurdjieff, the Arts, and the Production of Culture”. It was edited by Prof. Carole Cusack from the University of Sydney. It falls into two parts, one more general, and the other more specific.

I am going to mention all of the articles in it, but some will be allowed more attention than others. Today I am only going to consider the first, and – in my opinion – the most important, the effort from A.G.E. (Tony) Blake. Titled: “The Fourth Way: A Hazardous Path”. It is an attempt, I think, to write both for the academy and for an educated audience, while pursuing a deeper aim than scholarly pieces usually have. What I mean is that this article is not just about the Gurdjieff Work: it is a part of it, and a contribution to it.

Blake, a personal pupil of J.G. Bennett, pursues his understanding of the Work and its importance for the modern world, by reflecting on his own education, and Bennett’s efforts after Gurdjieff’s death, often relating them to other currents. It is a first instalment of a longer autobiographical work, the second part of which will appear in the journal Literature and Aesthetics. It falls within five section, first, a short personal note; second, observations about Bennett’s work at Coombes Springs; third is a lengthy section called “Fragments of an Unknown Teaching” which continues the earlier sections, relating them to the practical methods of the Gurdjieff Work. Section 4, “Many Teachers” deals with how Bennett worked with teachers and teaching influences. “Integration without Rejection”, the fifth part, in continuing the narrative, brings us to what may be Bennett’s most distinctive exercise, the “Decision Exercise”.

Having read it, I think that if not the main topic, at least one theme which is quite striking is the relationship of the Gurdjieff Work to the rest of the world, especially the cultural world.

In the spiritual life, there is always a balance between the internal and the external studies: and really, both must go together if they are to be brought into a fruitful contact. But how to hold them in balance, evading the two extremes of never peering over the fence of the system, or being too open to ideas inconsistent with, or at least displacing, Gurdjieff’s own?

Speaking of Bennett, Blake says: “History was a personal reality for him” (p. 33). Surely the same was true of Gurdjieff. In his First Series, Gurdjieff had Beelzebub related to his grandson his view of human history, setting it within a narrative of the planet and cosmic history, so that what is human has cosmic consequences. Running through that story there was a strand which we could call “esoteric” (although from another perspective, even to be “exoteric” is to be on a higher level than that of worldly life, and above the exoteric, there are mesoteric and esoteric circles. See In Search of the Miraculous, pp. 310-311.)

That is, Gurdjieff related his vision of man to the history of the all, and did not disdain to acknowledge and to position, in their proper spheres, religion, philosophy, science and the arts, even where he was dismissive of their achievements. But Gurdjieff saw, too, that within the all, there are different levels, and so he had an objective criterion, the evolution of consciousness, by which to judge what to focus on.

So, to understand our present position, a broad understanding of human culture is needed. I doubt that everyone needs to have a substantial general knowledge, but I think that the more they understand, and can relate it to their lives, the more they can be of conscious assistance in the engagement of the Work with the world.

That is my general view of Blake’s agenda. It may be right, wrong, or partly both. I have not asked him. But that is how I see it.

Another very important aspect is the reference to “hazard” in the title of this article: it is related to Bennett’s bold development of his theories of “hazard”. In 1976, Blake published a compilation from Bennett’s writing and talks under the title: Hazard: The Risk of Realization. In 1991, it was reissued with additional material. I will deal with it as if it had been written and issued by Bennett.

On the very first page, Bennett notes that in The Dramatic Universe, he had seen that, in our world, we do not meet with absolutes, but rather know a cosmos in which our very existence is marked by “a fundamental uncertainty”, and that this affects everything within it (p. 15). This, of course, is implicit in Gurdjieff’s view of the universe, not least as expressed in the chapter “The Holy Planet Purgatory” in the First Series.

On the second page, Bennett derives the word “hazard” from an ancient Semitic word for “dice”. Incidentally, our good friend Skeat agrees: he derives “hazard” from the Arabic and Persian words for “dice”, and notes that in Middle English “hazard” was the name of a “game of chance”.  Bennett also notes that some people, when they realize that nothing in this world is exempt from this radical risk, deny God (p. 16).

Then, on the third page, Bennett contends that in the flight from a god who could not give us absolute safety, philosophers sought security in the laws of nature, but this new “god of certainty”, too has proved to be standing on “unsteady feet” (p. 17).

Bennett finds the same fundamental insight in the writings of Origen (p. 22). I would only add to that, that it seems to me that, like Bennett, Origen looked to the idea of other dimensions in which other, non-worldly possibilities can be realized. But, of course, Origen does not use that vocabulary.

In my copy of the book, I have noted pages 72 and 84-87 as being especially important. The last four pages speak about God and the Incarnation. Their tone was set on p. 72 when Bennett wrote about two different theories of the cosmos: “one that postulates a creator who has brought the world into being for a definite purpose and endowed it with the properties required for fulfilling that purpose and the other that denies a creator and postulates instead a world without a purpose …”

The subsequent four pages are of tremendous significance. Understanding why Blake speaks of “hazard”, one can better grasp the great scope of what he is hitting at, although he begins by speaking about his own encounter with Bennett and the Gurdjieff ideas. He develops something of his understanding of the ideas, but more significantly of the methods.

It may not be too much to say that the history of humanity is the history of God’s engagement with hazard. Oddly enough, this actually fits in quite well with the Christian tradition, but Gurdjieff’s way of expressing his ideas is so different from the Christian that the similarity, if not the identity of approach, is obscure.

Gurdjieff’s methods of aiding conscious human evolution is, as it were, his throw of the dice in this grand adventure. Blake is also, I think, correct to descend to detail and to highlight the importance of “sensing and visualization” to Gurdjieff’s system (p. 20). I found this passage to be particularly enlightening.