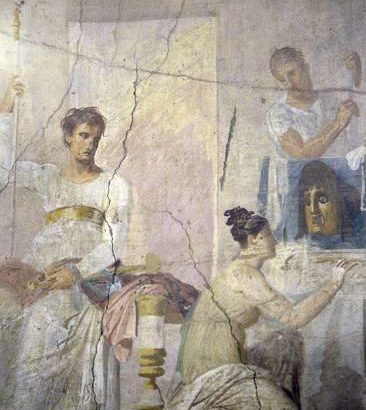 This is the final report of some of the exchanges from the weekend work day, Saturday 21 June 1986. The tape ran out before the meeting had finished, which is why Mr Adie’s brilliant answer to the last of the recorded questions is so short.

The first of the questions is not important. Mr Adie said in reply:

“When subjective circumstances help you be centred, then let them be. That is the subjectivity you want: to feel myself in such a way that I am balanced and present. What you need in such a situation of being centred is simply to remain. Not to do anything. To have the awareness of being, for a moment. A demand will come, and that will call for a response. But I can wait: there is a very, very fine sense of time available through this work, and if I can remain, I can even start to take action without being swept away. You now have the possibility of some choice. The possibility of agreeing with a call, as opposed to disappearing into an impulse. So the search is still more inner. The more I find my centrality, the more I open to the receipt of higher impressions.”

It is interesting that there is a subjectivity which is desirable. It does not mean a state of being prejudiced, but of feeling myself to be a particular way. In this instance, it was s ate of feeling good, and this had helped the questioner feel centred.

The next question was from a young woman who had had what she described as a powerful realization of what it means to be there and to work at the job. Mr Adie confirmed that she had been correct, and added: “Try not to have that muddied. Keep the recollection clean. Prepare yourself to be balanced before you return to it, if you can.”

The next question was mine. I said that I had asked myself what I needed, and then my presence had called me. Mr Adie pulled me up, saying: “In the report there is some confusion. My presence doesn’t call me, my presence is me. … Something called you. It may have been the representative of the assistant of Deputy Steward, but it wasn’t the controller. So, you were aware of your presence. … When you have it without words, it is the beginning of self-remembering. Now, you say you put yourself before the question. But really it was your effort to be. It is a being-effort, of my being for my being. The markers of this state of approaching reality are simplicity and feeling. Now you begin to see the meaning of the word “sober.” It does not mean joyless. Soberness is a quality of being, after all, life is a serious matter.”

The answer to the next question was also rich. Mr Adie said: “I have to have energy to be rightly disposed, one part to the other. Then, as I make an effort, I receive energy, because there are different energies available at all different levels. If I could have some sort of balance I could receive higher force. The smallest thing can take away my available state, but a small thing can give me access to a higher one, too. It is very difficult to measure the degree of result of an effort, because one cannot say what would have been the case if the effort had not been made. So, one may think that the result was small, but yet be unable to know how bad my condition might have been had I not made any effort. It is like rowing downstream. A small little movement of the oar can save me from going over the rapids.”

I take from this, among other things, that too often I tell myself I am tired, fatigued, exhausted. If I could recall that there are finer energies available to me if I make an effort, that could encourage me to make the effort. Often, in a better state, I see that I need to sleep, but that is good. If I am over-tired, it can only help me to awaken to this.

The next question gave me a shock of recollection. As the woman brought her observation about what a good state she had had and how much she had seen, I was thinking it sounds too good to be true. Mr Adie asked her if there was a question. No, she said, and what she said after that was strangled as she spoke it. I listened to it a few times, she was saying something about herself but the words would not come out. Then, after a pause, Mr Adie said in tones I remembered hearing, but which had lain in my memory: “I will tell you something about it afterwards.” Then it came back: the woman had been lying. After the day was finished, Mr Adie called me to see him. He had met the woman and shown her the lies, and asked me to drive her home, as she had missed her lift. I did. He later told me that she had been treacherous. Her later actions proved how true that was. This was her negative or denying side, which of course meant that should she work on herself, she would be capable of great loyalty. For me, the remembrance is very powerful indeed.

The last recorded question came from a young man who had tried sensing his face. All that is available of Mr Adie’s answer is brilliant:

“With the mask, the thinner the mask the more sensitive false personality is. You see, while the mask is thick, there is a feeling of safety. It is not a good safety, but false personality is protected. When the mask starts to thin, then it is more at risk, and this explains the strange manifestations of some people in the work, as they work, and as they are changing.”

I feel that this is so true: we expect a person who is making progress to have a sort of approach and manner, but sometimes it may be the opposite: a bad manifestation may show that the person is on the cusp of a break-through, and who knows what might be possible with the right help? We are too quick to judge.