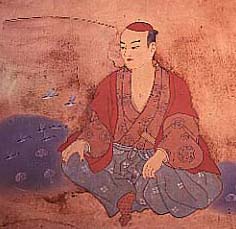 A number of years ago I read Bennett’s short, 74 page book, Sex: the Relationship between Sex and Spiritual Development. I was impressed by it then. I made a number of notes on the blank pages at the back, and remember thinking to myself that it was a very powerful, very deep book which I needed to return to. Having now worked through some ideas on the evil of pornography, I felt it was time to return to Bennett and try and deepen my understanding of sex, normal development (that is, development in accordance with the divine norm for man), and distortions of that, such as pornography and promiscuity. I am glad I did. Bennett’s book is even better than I had remembered. Trying to keep those posts to readable length, I will deal with it in several articles. This first one is basically devoted to A.G.E. Blake’s preface.

It is worthwhile commencing with Tony Blake’s concise preface. He indicates the topics Bennett will deal with, and something of his approach. He states: “The rejection of ‘old-fashioned’ morality has left a serious vacuum. Bereft of rules and inhibitions, men and women pursue an ever elusive satisfaction in their sexual activity. The result is contempt of the sexual act or meaningless indulgence” (7). Some may see the “vacuum” as being a good in itself, but no one can doubt that the vacuum exists. Writing in the months after the breaking of the Harvey Weinstein scandal, it is evident that the vacuum has provided an opportunity for what I cannot call anything less than wickedness.

Blake continues to the important point that to improve our sex lives we must have the “aim to go deeper into ourselves and cultivate the more profound aspects of our being” (7). Again, this is very true. I have concluded that our sexual appetites are directly related to our state. The more collected we are, the more orderly our sexual appetite, to the point that a collected person has all the control over their desires that they need.

The next significant matter Blake alludes to is that the sexual energy working in us produces waste products, and that the sexual act is the normal way for sleeping man to dispose of those wastes (7). Again, this is absolutely correct. Behind it lie two facts: first, there are many different energies at work within us. As Gurdjieff said, different fuels are needed for different functions, and the chief divisions are the physical, emotional, intellectual and sexual functions. Second, when the active elements in them are extracted by our organism, these fuels produce wastes. The physical wastes are obvious, we discard most of them at the toilet. The chief fuel of the emotional centre, the air we inhale, expels carbon dioxide when we exhale. There are various wastes of impressions, of which, we were told by Mr George Adie, the most important is in some automatic manifestations. This makes sense, but I shall not go into it. We now have Gurdjieff’s recently published statement on 8 April 1943:

“Every man has three ‘shits’ in him which are produced and which must be eliminated. The first is the result of ordinary food and is eliminated naturally. This must be done every day; otherwise, all sorts of sickness ensue. This is well known in medicine. In the same way, the second shit is eliminated through the sexual function. It is necessary for the health, for the equilibrium of the body. For some people, it is necessary to do this every day; for others, every week, for still others, every month or every six months. It is subjective. A third shit is produced from the third food, impressions, and waste from this food accumulates in the cerebellum. … This third type of shit is eliminated by the appropriate use of breathing” (G.I. Gurdjieff Paris Meetings 1943, 34).

The answer is short and obscure. It is not complete and exhaustive. It makes no obvious reference to the exhalation of the waste products of the air. Even if that is possibly implied in the reference to “the result of ordinary food,” it is not spelled out. I do not know what he meant by saying that the third type of shit is eliminated by the appropriate use of breathing, unless he meant that being conscious of one’s breathing, one can extract more of the higher energies in the air, and is less subject to the tendency to react and manifest mechanically. However, it would appear to underscore the importance of the breathing exercises which Gurdjieff taught.

I approached the question of waste by considering the different aspects of man: his physical, emotional, intellectual and sexual organisms. Gurdjieff came from another perspective: the three “shits” or excrements. We seem to have arrived at the same point. What is important is that Gurdjieff seems to be saying that because we have sexual energies at work in us, we have a need to excrete them, and that this will be through sex.

I don’t think that that is the end of the story. As we shall see, Bennett suggests that creativity and, I think Bennett means, spiritual activity can also dispose of those waste products (46).

In other words, I think we can say this:

People may be aided by the realisation that they are dealing with a natural process, the production of waste products, and that the waste can be dealt with in other ways than the most obvious, sexual activity.

Blake hints at the possibilities of understanding sexual activity as a whole and using that understanding to develop in a positive direction: “Bennett eases our bewilderment before the spontaneity of sex and enables us to see a way of understanding and living better. His guidance can enable men and women to appreciate each other more wisely and, through understanding the role each has to play, to grow in mutual compassion” (8). This thought takes us beyond what I have dealt with today, but it is the study we shall undertake in future articles.