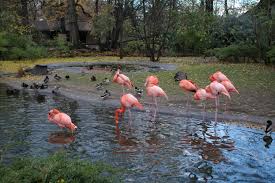 These two questions are from the meeting of Thursday 3 March 1983 with Mrs Helen Adie. The first question was the first asked on the night, but the second one is from later in the evening. I have reproduced it out of turn because it related to the first one.

The first question was from Tim: “I’ve mentioned before an attitude – particularly at work – of wanting to belong, seeking approval, wanting to be the centre of activity, but I realised today that I am taking this matter too lightly. I brushed it aside just as an attitude I have, but I believe that I’m in fact jealous. And it is very negative, and is a very serious thing.”

“Does this occur mostly at work?” asked Mrs Adie.

“Yes,” said Tim. “But then, this evening, at a moment when I came to myself, remembered myself more deeply, I saw for the first time this wasn’t really me, this fake, it was another I and it gave me a lot of hope as to the importance of self-remembering in this.”

“Yes, the difficulty is you get caught when you’re asleep. Can you tie it down to particular situations when this comes upon you? That could be a part of your line of work. Everybody has it, to greater or lesser degree in their personality. Now, the thing is, how to approach it, how to use that as material for your work?”

“Well, you can’t expect it to stop immediately, it’s been there for 20-30 years. But you can have an attitude towards it, if it’s strongly enough in your mind, if you really care about that, and think of it as material. There are hundreds of things one could think of but that is something very specific and that could be material for your work. To take a conscious attitude towards it.”

“If you could choose a person, or a time, or a situation, and with the that person, or at that time, you try to be present just to yourself. You don’t try to change anything directly externally. You don’t decide to act in this way or that way. Nothing will happen from that at all. It’s very difficult of course, but if you can, specifically as you can, plan for a certain moment that you would be present to yourself when you meet that person. You’ll let the impressions come in whatever takes place. You don’t deliberately try to alter something.”

“But you will see, if you are allowing yourself to receive the available impressions, that you cannot act the same way when you’re present to yourself. Of course, you cannot maintain it: that is the difficulty. Yet, with exercise and practise, doing it more often, I don’t fall in the same way. And the point is that it is material: it is something specific. It’s a manifestation of sleep, considering, which is all based on imagination and dreams. However, it takes managing also.”

“I have to be satisfied to be as I am, because falling into this imagination it doesn’t really change me at all. But when you make an effort, when you feel your effort, you feel your own inner strength, you feel something strong in you.”

“Try that way. Of course it has to be maintained for a little while, otherwise while I’m asleep it all comes out as usual. It’s question of practice, the more I do it the more I can do it. The more I try to maintain it, the more I can maintain it. And the more likely I am to be awakened by the thing itself. I feel the taste of this thing appearing.”

“You really realise it now, and it’s very fortunate to see something like that. Because people often haven’t the slightest idea how they are. It’s a weakness that everyone has, but unless I know it, I can’t use it as material.”

“It will come and go. At one moment you believe it is there, and the next it is not. But practise, and it loses its power. Try to be practical about that. Do you think that clarifies it?”

Tim replied: “It does. May I also mention another thing: when I hear a conversation starting up, I can’t resist going in and joining that conversation.”

“Yes, you’ve said that before,” replied Mrs Adie. “But just don’t join in. Sometimes I can simply go against it, in that direct sort of way. But you must know why you’re doing it at the time. You must be present to yourself. That is what is meant by going against the denying part. It’s mentioned in Beelzebub quite often.”

The third question was from Mitch. There was a fair bit of to and fro, which I have reduced. His question hinged around how busy he was, how exhausted, and only had time for preparations which were “fairly hasty … and I’ve had to squeeze the preparation in somehow.” He made a plan to stop on the hour, but completely forgot each and every appointment.

“You actually don’t have to stop what you’re doing to take a stop,” said Mrs Adie, “although that helps when you can. What is certain is that if you tell yourself it’s not possible, then it won’t be possible.”

“You see, you have to try to be in the middle between the feeling of yourself and any requirement of the job. It’s not easy, and you can’t do it for very long but, whatever you’re doing, there is really no reason why you shouldn’t, if you really make up your mind. You’ll be much less tired, not more tired, if it’s done the right way.”

“When you are preparing to leave the house, showering, shaving, dressing, when you’re not absolutely in it yet, at least your attention can be on what you are doing, and doing it well, and not on a hundred other things that you’re going to do later on. Then there are many other opportunities: for example, when you arrive at work, you can take just one breath before you go in. Remember, one moment at certain intervals, certain places during the day is more possible, the circumstances are more favourable. Of course, it’s difficult, but you know that when you’re at your desk your attention is not completely on the job; a hundred other things can go on actually at the same time. If those can go on, then why not at least concentrate part of your attention on what you’re doing? Just place a part of your attention on yourself. You don’t have to stop what you’re doing. You have to find out for yourself what is possible, but it’s no good in the beginning saying that it’s not possible. It’s always possible whatever you’re doing.”

“I find there’s something in me always trying to get more done,” said Mitch.

“Yes,” said Mrs Adie, “you’d be much quicker if you weren’t so much in a hurry. Try to take it more quietly. There are certain things that are perhaps impossible. But from what I hear, this won’t be impossible at all.”

“A lot of this is tied with what Tim was saying, a need to keep the sense of I’m the best and so on,” added Mitch.

“Yes, yes. Try to accept what you are and don’t imagine what you might be, that you can stop, or how it is awful. I really think it safe to not allow that thought to continue. Try to look at it as an interesting new situation: how you’re going to get around it, for something that is much more valuable, something you could truly call your own? This is another obstacle which you have to surmount. It’s really much more possible to work in these conditions than people who have got practically nothing to do. It’s very difficult to work when you have nothing to do. Look how difficult it is to work if you go on holidays.”

Speaking to Tim, Mrs Adie said: “But you will see, if you are allowing yourself to receive the available impressions, that you cannot act the same way when you’re present to yourself.” I have no doubt that this is true. At least part of the psychological dynamic must be that when I am consciously opening to impressions, the machine, especially the formatory apparatus, is disturbed and cannot proceed as it has become accustomed. The direction of attention, even in so subtle a manner, puts a spoke in the wheel, as it were.

On 13 January, I posted what I think was one of the most helpful I ever have, about the programme. What Mrs Adie says here about being able to feel your effort, and the internal strength, ties in with that. If we could make an anticipation of that part of our programme, we would be using constructive imagination, as the faculty of imagination was intended. If you read that post, remember, what I wrote there was not intended as an unalterable roadmap. It comprises ideas and suggestions – but I do find writing the programme a great help, even if only short notes are made.