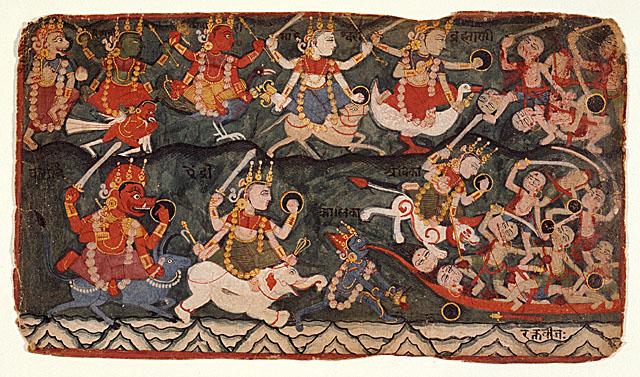 This is the second part of the meeting with Mrs Helen Adie on Thursday 3 March 1983.

The next question came from Bruce. He began: “Mrs Adie, something has been concerning me for a long time perhaps you could comment on it, at a point where one sees in his life there’s a possibility of change and the transformation is possible, he also sees a lot of past behaviour has to go, and it falls away certainly, and if you don’t feed it, it dies. But, there is an unknown there and one walks …”

As he faded out, Mrs Adie replied: “Yes, that’s quite right. But it’s better to say “I” in this case. It’s clearer.” Bruce continued: “… that fear tends to make one cling to the old behaviour.”

Mrs Adie, referring to the fact that he had been trying to use Gurdjieff’s ideas by himself, before coming to the group, said: “Yes, when you’re working by yourself, as you have done, it’s not enough, you need other people. You need to exchange ideas and receive ideas and you need to have a bit more of the idea of the line, the nature of the knowledge. By yourself it’s limited.  But what was really the question? What is your question now?”

He gave a moderate-length reply, but concluded: “No, perhaps there was no question.”

Now Mrs Adie surprised by him by saying: “But there is a question, a very interesting question somewhere there, only it has to be formulated. Yes, of course, you cannot maintain your presence for a long time, nobody can. But by moments you can, and gradually you find that you can for longer time, although it’s bound to be bit by bit. You see, you have this enormous weight of your personality which takes you away.

“It’s a contest with your head, actually. Your feelings are in your essence. Sensation is essence. But your head is a very mixed affair. My head is full of associations and commentary on those associations. It’s terribly engrossed with comparisons, with being a success, and being a cut above everybody else in one way or another, or simple identification with what I am doing, Identification with my interests. It’s an absolute hypnosis. Life is a hypnosis.”

“It’s a terrific weight, having to struggle with the attractions of life, even if it’s a very disapproving attraction. I may not really like it at all, but I’m caught by it and have been for many years from early childhood. I was taught by my parents and everybody else to be concerned with all these things. And now I start to work I find that I have a well-developed personality, but my essence has remained perhaps at the age of four something like that.”

“It’s a very big struggle. I can’t expect a quick return. It’s a labour, it’s an effort. I know that I have to make constant efforts,  yet I don’t even remember. I’m so caught by everything in life. That’s why the short time we spend in the morning is called the preparation. It’s so important that some impression can then be received of a slightly more lasting nature, and for this it needs to be done really seriously. But at that moment, personality will revolt; it doesn’t want to do it, doesn’t even want to sit down for five or ten minutes.  But if I insist, personality does not interfere.”

“My efforts in the preparation can make an impression which leaves a trace in my life. Then I have to really ponder on what my day will probably hold, all the allurements of one kind or another, such as Tim was speaking about. Relations with people are very important. I have to decide what I am going to use, very definitely, as material for my work.”

“Do not to start to try and change something. Of course, my aim is to change it, and it will change, but not by trying to change it. I could change it for a moment or two, but then everything would remain just the same.”

“So I have to bring this feeling of myself, this feeling of my presence. I have to put that there, it has to be there to face whatever it is I’m going to meet. Do not expect any sensational results very quickly, but every little confrontation of that kind is going to help me. It may have only a very small effect, but in time it creates a line.”

“Then I have to review the situation at the end of the day. It’s a good thing, I don’t have to spend an hour on it, but I do need to ask: what did actually take place of all that I had planned? And where did I forget it completely? How far have I forgotten? Or did I remember to awaken, but only with the head? Then, I can’t be negative about it. I have to be patient. I have to accept that it was a failure. I accept it, like my nose. And through my failures I learn. So, don’t be despondent when you forget something. You may think you’re not moving, but you don’t know.”

Then Kitty brought a question about her new job working with handicapped people, and how it made her tired. She said: “The general consensus of people that work with me is that handicapped people are such a drain to work with.” She wanted to know, she said, whether her fatigue was “an aspect of one’s identification” or if it was a fact. She reiterated that all her colleagues have the same problems.

“What difference would it make in the end if I say it is because they’re draining, or it isn’t?” asked Mrs Adie, sensibly enough.

“I feel if it’s not imagination I could possibly approach it in a different way instead of – I’m not sure. This is why I’m asking,” replied Kitty.

“What are you doing for them?”

“Well, they go out to work during the day but we have to care for their basic needs morning and evening and just be there for whatever they need. It’s young adults, mentally handicapped more than physically and, if it’s normal children it wouldn’t be a strain. That’s why I’m wondering.”

“It seems that you’ve decided that it is.”

“Well, I don’t know if it’s my imagination or the attitude of those around me,” said Kitty.

“It doesn’t really make any difference what label you put on it. It’s the situation, and you have to find the right sort of attitude. I’m sure it’s very difficult to work with mentally handicapped people, but there must be some way you are communicating with them … It could be very rewarding.”

“Perhaps they don’t understand what is said to them, but their feelings might be quite normal. They would respond even to the way you look at them. I’ve had no experience of this sort of thing, but I can say it could be very interesting. However, of course, if you bow down to this tiredness you would be so lost in it you’d have no idea at all.”

“But, in any case, you want to have an affirmative attitude towards them. Try that, a very positive attitude in respect of the situation and the people in your care. But in respect of yourself, see: is there something lazy in me? Am I trying to find a way out of there? Now, try to use your imagination. It’s a good exercise for you because it goes against you. It requires a certain effort without really trying too hard. Try to make some contact with them nothing very big, but a positive contact.”

Kitty retorted: “That’s unavoidable because they make the contact with you, and this is where they draw it out of you. One case is when one young lady at feeding time is continually clinging and hugging seeking attention for all the aches and pains. We’re trying to put up with this up to a point, but we can’t continually do this, it’s not good for her. When she has a sore finger we have to give her all the attention in the world. And, we don’t do it to the extreme because it’s not good for her and it’s tiring.”

“Yes, it’s a very interesting occupation for you because it’s not done out of pride. You have to decide, is this something I can do or can’t do? But, do not identify with it. If I can’t do it, then how do I refuse her? That is an important question. But it is difficult to do that for hours at a time, so try at a certain time, at a certain period.”

“It’s the kind of job that one is not attracted to doing at all, because it’s not cut and dry; we like cut and dry jobs. It calls for something from you which is a very mysterious sort of thing, it’s not something that can be calculated in the ordinary way. It’s a question of sensing what is needed, feeling what is needed. It’s not a question of just being told to do this or do that. Try it, it’s sort of instinctive, you try and if you don’t succeed don’t get depressed about it; it’s no good. There’s a very good potential there for you: it can put you before the need for more feeling.”

“Everybody gets tired in life. Whatever your conditions are, they’re the right ones for you. There are occasions when it is necessary to change one’s conditions. But this does not sound like it. Rather, the desire to get out of there is more likely to be draining in itself. This work could be useful for you.”

It is interesting: Mrs Adie was endlessly patient. Perhaps Bruce was as interested in speaking as in asking, while Kitty pretty clearly wanted Mrs Adie’s reply to go in one direction. As Mrs Adie indicated, Kitty had decided that the job was tiring. Kitty then shifted ground: at the start she said that everyone she worked with was fatigued, and then, when Mrs Adie asked why her (Mrs Adie’s) opinion would matter, she said that she was wondering if the opinion of others was what made her tired. Her resistance to anything Mrs Adie might have had to say is shown by how when she was advised to try and make a feeling contact with the patients, she firmly hit back that they initiate the contact. So what? Why does it matter who initiates the contact? Mrs Adie was speaking about the fact that there is contact, and she should try and use it for her conscious aim. She was counselling that Kitty find something inside herself, in human relationship with her charges. That remains whether the people are approaching you or not.

Mrs Adie’s comments about the preparation, presence and programme are worth noting. On 13 January, I posted something rather comprehensive on the programme. But this material from Mrs Adie is essential: it is spoken practically and with feeling, together.