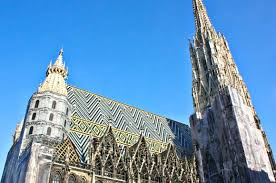 If we take someone who has chosen an aim, and is on a path, then perhaps the chief reason they fail to make progress is simply because they lack the impulse of feeling. I don’t mean that they don’t have enough “emotion”, but rather that the impulse of feeling does not sufficiently enter into their consciousness.

In the book, George Adie: A Gurdjieff Pupil in Australia (available from By the Way Books), I wrote:

Adie would often stress that feeling follows thought. That one thought can lead to another by association is hardly controversial. Feeling, on the other hand, is often taken as unpredictable and unaccountable: after all, our accesses of emotion overwhelm us instantaneously, and thus are described in many cultures as sendings of the gods, or fits of madness. Not for Adie: he taught that feelings, emotions and moods are “law-conformable.” They have causes, and thus can be controlled. If we allow ourselves thoughts of complaint and grievance, we create a climate in which negative emotions flourish and true feeling cannot appear. Like Jean Vaysse, another pupil of Gurdjieff, Adie drew a distinction between emotions (volatile or ephemeral – albeit recurring – “feelings” which  pertain to just one aspect of oneself), and feelings (comprehensive feelings based upon an immediate sense of the whole of oneself, and thus features of one’s true presence, even if we are conscious of them with varying intensity).  You could say that feelings bring me to myself and my reality while emotions disturb my sense of myself, even if only slightly.

I would add to that now. It is not enough, I think, to speak of the first true feeling I have being “a feeling of myself”. Vaysse says that. Neither is it enough to say, as Pentland did, that hurt feelings are the only feelings we know, as we are. I am not being critical of these men. I am only saying that these ideas, by themselves, whatever truth they might have in them, can be taken further.

It is impossible to be definitive, but, speaking at least half poetically, I would venture to say that the first feeling we can have of ourselves is love of being. That is, we do not merely feel ourselves, but we have a feeling of positive affirmation towards the fact of our very own being. The truer this feeling is the less it is of my being and the more it is of my participation in Being. The connection to God is obvious. This also brings us to Gurdjieff’s statement, which I have several times mentioned on this is site: “behind real I lies God.”

Many of us have had the experience, the increasingly frequent experience, of beginning to realise that we are awakening, that impressions are starting to be more consciously received, and then we ask: “Where is my feeling?” (just as Gurdjieff asked Mr Adie: “Young man, where is your feeling?”) And then, wonderfully, when we have this question, feeling arises, and our very impressions become fuller, more whole, and warmer. It can develop to a point where the world is, momentarily at least, transfigured. God is suddenly not so far away. His holy face is only just hidden behind the sky.

If we ever have even a single moment of this feeling of love of being, or love of existence, or love of God, we will know that it cannot be defined. But these descriptions will be unmistakeable. You will know what they relate to. And at the same time, it will be true to say that the feeling will become ever deeper and higher. It will continue to develop, and that will mean that I am developing.

This is how I come to know the impulse of feeling. And what is more, to value it.

Perhaps of equal importance is the lack of feeling, because I cannot always have a full and serene feeling of myself and of love of being, if only because feeling needs a very fine fuel and energy which is fairly rare. But what I can have, more often than positive feeling, is a sense of the absence of feeling. Oddly enough, awareness of that absence can be very effective in producing, or at least making available to me, the energy needed for positive feeling.

But the aim, really, is to have that impulse of feeling available to me in my consciousness. The Gurdjieff method placed an equal emphasis on all three major centre: the intellectual, the feeling and the physical (moving/instinctive). But not all Gurdjieff pupils equally did so. I think that very many of them, and even more of the second-generation pupils, understated the importance of feeling, and overstated that of the body and physical sensation. It is not that sensation is unimportant: it is, in terms of practice in the moment, as essential as feeling and mind for self-remembering. However, there is this weakness: I can be so focussed on sensation that I forget feeling.

It is true that the more balanced my efforts, the more consciousness of sensation will call feeling. But if too little is said about feeling, if it does not entire my daily work, I will not necessarily make the connection in my presence.

My own view, for what it is worth, is that awakening to feeling is more potent in helping me remember myself than awakening to sensation is.

Let us say I have the questions: am I awake? Very good. That is the note DO – the start of an octave. The state of remembering myself is the DO at the conclusion of that octave. Between those two DOs lie all the other notes to be traversed. If awareness of sensation is the shock which enables me to consciously fill the first interval, then awareness of feeling must be the shock which enables me to fill the second interval, and so to complete the octave.

But – and I speak philosophically now, although it is a philosophy informed by my practice – that it also seems true to say that if awareness of feeling is the shock which enables me to consciously fill the first interval, then awareness of sensation must be the shock which enables me to fill the second, and so to complete the octave. And what is more, I have the view, rightly or wrongly, that the impulse of feeling fills that first interval more powerfully, than the impulse of sensation does (at least usually). And I also think that the impulse of feeling brings an attitude or a mood, an influence, which lingers more strongly at the second interval than that which flows from sensation does.

Therefore, I suggest, the feeling of impulse is vital to the process of conscious development, and indeed to all spirituality and religion, and should form a part of each day’s programme. Incidentally, I believe that Gurdjieff’s sacred dances, and also his music (and also traditional Syriac and Gregorian chant), help to bring the impulse of feeling. But there is no substitute, in my opinion, for his contemplative exercises and for genuine, authentic Christian liturgy. With these, one can practically perform engineering operations with the feeling energy.