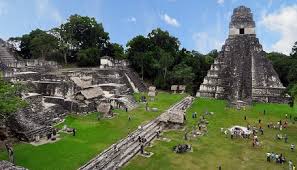 This is from the meeting Wednesday 4 March 1987, with Mr George Adie. There had just been a weekend work, and among others, Mr Adie had made the suggestion to observe the posture of the tongue.

The first question came from Alexei, who said that he had been trying to observe the nature of the dreams which take him, although it leaves him aimless or frustrated, and he gets lost in imagination. He concluded by saying that his question was: “What from here?”

“Imagination and dreams are not stationary, they are moving, fluctuating,” answered Mr Adie. “This question of “what from here” is a permanent question, really. There are waves of change coming all the time. Waves and hollows. Unexpected things crop up. All sorts of things. You said that you were trying to let go of these dreams. That means that you’re becoming more aware of them. You’re less taken by them. You can see them going on, but you’re not giving them your force the way you used to, because you’re observing rather than believing in them. So you’re keeping your energy.”

“Now, if you don’t concentrate on this frustration, it won’t take force from you. If you think of our Work in terms of energy, then this is quite critical: I need the energy of attention. It is just that energy which I need so much. By means of seeing these things, I acquire more of that energy for myself. I need to learn to be more present, because, in a way, presence is possible, theoretically, at any time. But what degree of continuity do we have? We have rather occasional gaps in our presence. We can have more.”

“As I talk, I lose my presence altogether,” said Alexei.

“Yes, then go on trying not to lose it. You haven’t got to talk in the same way. Directly you talk from this person that wants admiration and approval, then the talking is your personality, your egotism. But you don’t have to talk like that. You could try and talk just a little bit more consciously, surely? You could intend that what you said carried some message. And you could refrain from just pumping it out because you know at once that that won’t be right. And particularly now that you find what a big effect the emotional side has on conversation, on contact. So I need that.”

The next question was from Heidi, who said that she had seen her jealousy and envy.

“Sane one moment. Mad the next,” said Mr Adie.

Heidi agreed. She said that there was a thought “it’s all over anyway”, but whenever she tried to think about it and get its history, she felt like she was walking on a cliff. There was so much anger and self-pity in control She was sure that this jealousy and envy came from an entirely wrong part of herself, a desire to manipulate and be superior. It was also related to childhood.

“It is necessary to be present to it in the way you are describing. I have to be present to it and verify that it can no longer affect me. It is a fact. The difficulty, to start with, is that I always get mixed up, and see it as being my act. But it isn’t my act. It was never my act. I was just drawn in. I was just a thing. But I have some presence now, so I have to call back this thing and give it its right name, and all its disgusting and frightening attributes, and remain – without changing anything. Then it becomes non-active. It is a fact, but not active. Nobody can wipe the fact out: it’s impossible. On that level, that is a fact. It is a rock on that level, that density.”

“But then it’s a question of the level of my life, too,” Mr Adie continued. “There is a certain possibility and even necessity to live on two levels at once. Of course there are more levels, but at least to have the level of ordinary life, which may be quite high or quite low, and then there is the level of the inner search, which is quite separate from that, and which can take place at the same time.”

“It is only from the second life that I can acquire any control. No control can come from the first life because it is bound to follow its identification, bound to follow the laws of the body and the emotion, which go their own way, and don’t obey ideas in the formatory centre. Without the third force, I am not going to develop. The third force is, of course, something representing my presence, my energy of attention, any sort of centre of gravity I have.”

“I can’t study, for instance, the conditions of my tongue by itself. It’s impossible. I must relate it to other parts of me. I must relate it to other parts of the head, other parts of the body, other movements: everything is in movement. And if I observe it, I notice as you did, that your face was also contorted and tense. And so I see that the tongue is connected with that and that and that. But it has a special function, just like the nose, and the ears. They all have various functions of sensing.”