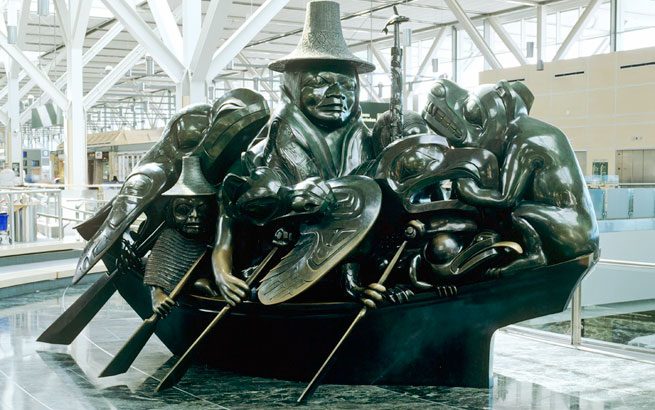 This is the final part of the meeting of Wednesday 4 March 1987. This exchange was with Merv. The next observation was from Trixie. She said that there were chaotic circumstances at home, yet she had not expected to react as hysterically she did.

“How valuable that is if you’re working,” Mr Adie said. She however, countered that she had only thought about it, she had not done much work. Before responding to her, Mr Adie turned to Merv (the exchanges with Merv were in part III of this meeting.) He said: “Merv, follow this more. You’re still thinking about yourself. This is very valuable.”

Trixie spoke up: “I don’t know why I get so upset. It’s a sort of possessiveness.”

“Yes,” replied Mr Adie: “things are threatened, and I can’t adjust my thinking to the new situation. In the midst of this chaos, and these serious matters of my life, I still have spare energy for dreams and imagination which have nothing to do with my life. It’s just another process which starts up.”

“In all this, from what level at what density are my impressions coming? And where am I receiving them? Where in me am I receiving them, and how am I receiving them? I don’t ask this for you to answer these questions, but you can ponder, and perhaps a little later, answer them, because I am here, I need to be here. It’s the immediate suffering I need to deal with. I might tell myself a little bit different tomorrow, but I want to be different now, and let everything be as it is. And then I find it is different from what I thought it was. I am always getting het up about something that won’t go in that way, anyhow.”

“And in all my picture of what was going to happen, I had only included a few pieces of scenery. The depth, the body, the life – they were not there. What a business. So this difficult week proves to have been valuable: very valuable. Every week can be like that, more or less. It won’t be identical, but nevertheless, the same principles are at work.”

“And then I realise that I am at last seeing things from a different angle, with more connections, less mystery, less unreliability, there is a certain amount of fact in what I see, and I am more aware of other people’s requirements. I need have little fear for myself.”

“You see, aim and work are connected. I cannot really understand about aim without work, and I don’t know anything about work unless I have an aim. So that makes a difference.”

“In any group, but particularly in this group, there are many interesting things, but they must be connected to our aim, which should always be becoming clearer. And that is part of our work, that what we say should be connected to our aim. And that is difficult. Aim is difficult, because the farthest aim, to become man number seven, to become immortal, to become almost like God, as it were, in some respects, yes, but how very far! Then, obviously unless something happens that can never be realised. But what is the immediate aim? And then it comes down to the present moment, and observations, and then I realise that there wasn’t any. There was no real sense of aim there. Perhaps I was thinking about it.”

“But now? What can I sense of my aim now? I see that I can live and be interested, quite a lot, without any being aim. See? And that’s rather a serious and very necessary realisation. For this work, I have to have a being-aim. Of course, I cannot have it all the time, but if I take a decision, and let us say it’s going to affect me for a week or two, then if it doesn’t relate to my aim, it will be a waste.”

“I must find that my work is related to my life. So now the question is to what extent I can have a sense of my aim in my daily life?”

“I am only entitled to a certain amount of pondering, because I have a life to live. If I have something to do, to write a cheque or take delivery of a consignment, I cannot remain in my alcove saying my prayers. I must be there. So my prayers are limited, because I am a man in this kind of life. I am not a monk. I am a man of the Fourth Way. My life is here. So all the time I have a sense of proportion so that I spend enough but not too much time in the quiet state which gives possibilities which do not exist when I am manifesting.”

Mr Adie then returned to Merv: “It was really in regard to that that I wanted to make the connection with the cat and your back and so on. The fact that it wasn’t easy to understand means that these were interesting observations, but not observations that you had prepared at all with your inner work in view. Would you agree with that?”

“Yes. That was all. But many observations which come accidentally can be very, very useful. But we haven’t got unlimited time, so that is why I fastened upon you, so that you wouldn’t waste time. After half a dozen meetings one might realise something, but if I could realise it in just one meeting, so much the better.”

“Another thing about the meeting is, don’t ponder your own question during the meeting. That’s a terrible loss. Bring your question. It has a certain place, and that’s that. Afterwards, be available to everybody, because everybody has the same question in different degrees. Only ponder it afterwards, because otherwise I come and I don’t receive the varied material. You see, there are twenty people in the room. That is twenty times as much as I could bring. And for a moment, I have these riches coming, Just about enough to justify an hour’s meeting. But if I am only absorbing one question from the very many which are asked, that is not enough for the work.”

“On no account give up your observations. You can make interesting observations. But if you can link them to your work they will be that much more valuable. Have you heard about the drowning man? He was drowning, and they kept throwing him lifebuoys, but he only used blue lifebuoys, while they only had yellow and red and pink. So the poor man died. Nice story.”

With that the meeting effectively closed.