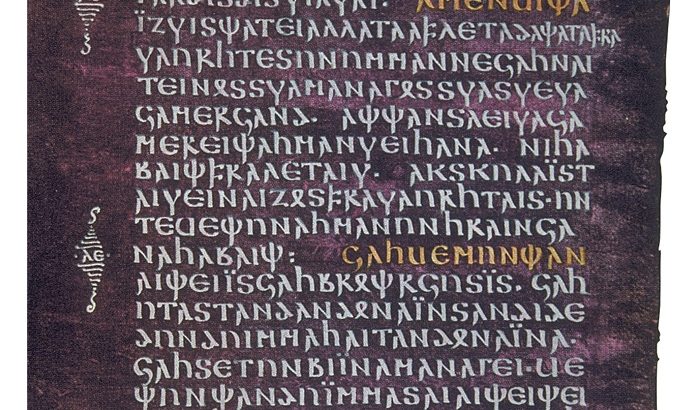 Mr Adie said once that Gurdjieff’s method was “the method of construction of thought”, or words to that effect. It was one of the Wednesday night combined meetings, and I am going by my memory rather than a transcript, but it was a powerful statement, and it made a mark. I suspect that other formulations could have been used. Perhaps one can equally say that it is “the method of bringing conscience to participate in consciousness”, and so on. There could be an endless number of ways of describing Gurdjieff’s method, all of them correct, and none of them contradictory. Incidentally, it points to the proper understanding of the relationship between the faith and Gurdjieff’s tradition: Gurdjieff’s ideas and methods can help one understand, retain and follow the faith by helping us make better use of the faculties God gave us.

But this particular truth has kept coming back to me because, I now believe, whatever work we may do with our other faculties (including here sensation and feeling), it is necessary, at some point, to come to the construction of thought, or else our work will surely plateau out; and spiritual development, always in flux, must advance or regress.

It is also, I would say, a great moment in one’s spiritual life when one can sense the quality of energy being used by the mind. I was pondering how best to convey this, when recently I had a very pleasant lunch with three friends. The conversation was, by turns, humorous and deep, and it was often both at once (not that I get the credit for either). Several times, something in me could have said pointless or even silly things, but I held myself back. I think that there were moments where I had some external considering for my friends: being careful for their needs rather than my own. While we were speaking, I had quite a definite awareness that my attention was, more often than not, held by interest in the conversation, and that there was a certain feeling available to me. That is, the energy being used by my mind was a fine energy, and appropriate for the event, it could follow without spilling over into unintended manifestation.

I would say that, during the meal, the emotional part of the mind (using “mind” as equivalent to “intellectual centre”) was often engaged. I think that on one or two occasions where the conversation became particularly significant, intellectual part of intellectual centre was active (I shall post an article on the parts of centres, but the material is conveniently set out in Ouspensky’s Fourth Way and Psychology of Man’s Possible Evolution).

I think that I can say this because, at those points, my attention was controlled; it was directed to a question, it worked at a tremendously fast speed, I was aware that I was present and of my relation to all those at the table, not only the friend I was addressing. Further, I was aware that there was nothing ready-made in my head to answer this question, but I had a strange sense of certainty that, as I spoke, something corresponding and reasonably intelligent would appear – and it did.

Then, having made that effort for that purpose, I relaxed, and was again using emotional part of intellectual centre, and my self-awareness shrank. Once, for some purpose, I went into the kitchen, and when I got there, I could not recall why I had come. I had to make an effort, and cast my mind back to when I was rising from the table. Then the reason came back to me, quite simply. That was the moving part of intellectual centre, or formatory apparatus. It did its proper job well, and probably better than usual because it had not been trespassing beyond its natural boundaries.

It is not that I said to myself: “Now I will use intellectual part,” or “Better turn to the formatory apparatus.” I had some awareness, and I had needs. The organism responded as it was, for that period of about three hours, working harmoniously.

I think that some lessons can be learned from this, in retrospect and based on observations clearly registered at the time. First, quite clearly, one can have intention and even perhaps construction in one’s thought. My response to the questions which I had not previously pondered showed that: I had not considered that matter, but I had come to conclusions on some pertinent principles, and the effective part of the mind was able to apply them.

So, returning to Mr Adie’s comment, it is apparent that he was not speaking about anything impossible for us.

It is a practical observation because one does receive an impression, subtle, yes, but nonetheless real, of the quality of the energy used. When I was using formatory apparatus, I actually sensed an expenditure of energy. And this tallies with many other impressions of how using this part of the brain is, to a greater or lesser degree, a labour. Further, when I am using that lower part of the mind to do work of a higher part, it is an actual strain. It is like a car engine labouring to drive as it should in higher gears, while stuck in first gear. I believe that this explains many of the headaches we suffer.

Another practical method of moving into higher parts of centres is to ask this question which Mr Adie gave us: “Which I is speaking within me now?” Again, I shall need to post something further on this. I shall keep this relatively short, but I know that many people have had such experiences, yet how little we speak of them.

Joseph Azize, 28 June 2018 (The illustration is another shot of the sixth century Codex Argenteus.)