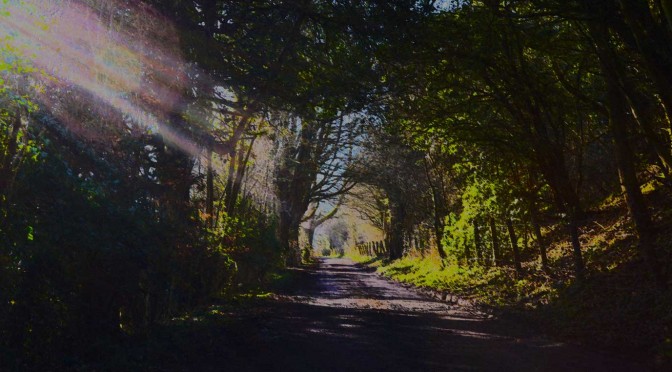 We now come to the exchanges on Sunday 19 October 1986. The first question at lunch was from Merv, and it is of great interest. I set it out, and then make some brief comments.

Merv said that when his name had not been on the jobs list read out in the morning, he had felt in himself a strong urge to defend himself at all costs. “I didn’t want that reaction in myself. It’s becoming a habit”, he said.

“My resistance to anything which affects my self-image”, replied Merv.

“It’s repeating now,” said Mr Adie: “and the more you see it, the greater the chance of seeing it more clearly. The important thing is to see it as an undesired impulse of dislike, which could easily turn into hatred. You don’t have to wait until you’ve gone and dug up a couple of banana trees to see that it is something which you don’t wish.”

“So why not confront that fact? How can something so idiotic hold sway within me? How can we reverse illogical processes? And yet we have to. There is a common expression: “Biting the hand that feeds you”. It refers to a trait which common to everybody. Mr Gurdjieff would refer to another one, the way that we become ungrateful and demanding, even when being presented with treasures. You say thank you very much for the first gift; thank you for the second one, touch your cap for the third one, and by the time it gets to the sixth one, you’re grumbling because it isn’t bigger. And after that, what?”

“These are processes of a certain type. You have your fair share of them, just as everyone else does. Isn’t that good reason to give some deep thought to it, and not just sort of notice it, and let it lie there, and allow it to just continue lying there until a couple of banana trees start up some other suggestion.”

“There is a certain aimlessness about it. You know how the beaches in England are protected from erosion by these wooden groins, and the pebbles are washed up against them by the tide? Which pebble are you? One is washed up, then another, and they roll about, up and down. You have as much choice as those stones.”

“It’s of intense importance to you: intense importance. And you are so calm about it. This is the trouble. You sit there nice and dapper, and you relate it: “How I was. How I hated it.” But you remain unchanged. That isn’t working. It’s no wonder you dislike it, because I am trying to help, to get down below this thick layer of hardness which you have in one form, I have in another, and everyone shares in. So what does the form matter?”

“This is what we come to be delivered from. But you have to do the work.”

Merv started: “Even in my thought at the moment I am still not clear –”

“What about your feeling at the moment? Can you say anything about it at all? It’s for you. It’s for you. I’ve told this story before, and now I’ll tell it again. Many years ago, Mr Gurdjieff sitting by the side of the road, cars drawn up, and I racing across, very self-important, to go and speak with him, and he calls out: “Young man! How is your feeling?” It still echoes in me. Cut through everything which was self-important. I’d got a job to do, and I was going to speak to Mr Gurdjieff.”

“He gave his message in six words: “Young man, how is your feeling?” On you, I have spent, at least, one thousand and sixty words, but then I am not so adept. Ponder about feeling. Think about it. Try and find out about your feeling. It could be said in a thousand ways, but it always comes to that.”

“Very often, I have to wait until my feeling comes. Wait. But when my feeling comes, then there is a chance. Something inside me is unbending, and sometimes circumstances of life make it break. But perhaps feeling can appear now. No one wishes to be broken in this way, naturally.”

“Do I feel more one person than another? If so, then that is a question. Remember the prayer that should be put on Mr Gurdjieff’s father’s grave. You can probably quote that, can you?”

“All is for the neighbour,” answered Merv.

Mr Adie took it up: “I am thou, thou are I.” Does it just sound like gibberish? “I am thou. Thou art I. He is ours. We both are his. So shall all be for our neighbour.” Ponder on it. Try and make it a truth. It could, for a moment, be a truth for you. Of course it can’t be so all the time, we get disturbed, we get hateful and beastly. But if it had meaning sometimes, then I would have somewhere to go when I am working to come to feeling.”

“Am I willing to ponder it? Am I able? If I could, that would be very desirable wouldn’t it?”

“Make no mistake, the only love, real love, embraces everybody without discrimination, equally. Everybody is subject to law. So. Who else?”

The subsequent questions are in the next posts. But my assessment was that this one was so rich that there was good reason to present it just as it was, with the bare minimum of editing.

Early on, Mr Adie makes the comment that one does not need to wait until one has dug up banana trees to see that one has been taken by a dislike which can become hatred. This is because Merv was on gardening, and the theme for the day had been the objective importance of the external work we do. If I dig up banana trees which were supposed to have been left there, but I am in a frenzy, just pulling everything out, the mess I have made of the external work tells me, infallibly tells me, that my inner work is suffering.

Then he comes to this vital question: how can I reverse illogical processes within me? It is surely the work of a lifetime, but more can be said. Perhaps there are several possible places to start, but I think that the ideas (meaning the ideas which Gurdjieff brought, a mix of what he had discovered with the Seekers of the Truth, and those he discovered by himself), are a good starting point. And then, knowing those ideas, I need to understand them, meaning to have a feeling of myself in relation to them, a feeling of their truth as instantiated in my life.

For example, I know, from the ideas, that it is comparatively rare for anyone to consciously do something to harm another. I know that just as I have been conditioned to act a certain way, all those who raised me and were influences on my life, have also been conditioned. Just as I have next to no choice in my manifestations, whether inner or outer, so too, they had and still possess next to no choice.

Okay, I know that. But why do I continually awake to find myself taken by recriminations and resentment? Why do I so often find that something in myself is blaming myself, and blaming others where I know that no blame can fairly be attached? Why do I moralise what are really instances of engineering (meaning that we do not have the free intention necessary for moral behaviour, we are just repositories of influences through whom events are engineered by the forces at play in the world)?

Perhaps it is because I don’t feel what I know. As Ouspensky said: “… first it is necessary to realise that in ordinary life everything happens. Only when this is emotionally understood is it possible to go further” (The Fourth Way, 246). I think that there are several ways to feel what we know. Moments of clear observation of myself without feeling, and without intention, are particularly powerful. But also, I think one needs to come into the collected state, and to summon within oneself, both one’s knowledge of these ideas, and one’s feeling, or perhaps better, one’s lack of feeling before them.

This is not meant to be exhaustive, but it is, I think, critical to study this question of how we can understand, with feeling, that in ordinary life everything happens, and that we have a chance of escaping this general law, at least within ourselves.