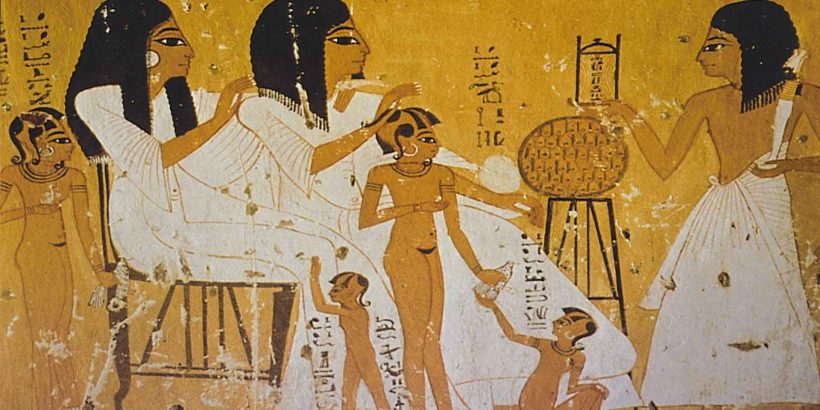 This continues the exchanges from the workday of 19 October 1986.

Tessie said that a part of her doesn’t like taking responsibility, and so she lets other people guide her. But, struggling with that, she was to some degree able to do things on her own in the kitchen this morning.

“That is very interesting,” said Mr Adie. “This weekend work asks, from the ordinary point of view, that you don’t take the initiative. Although you say that you don’t take the initiative in the ordinary way, you do, because you do what you wish. You follow your own impulse. You have to. Just here, we seek to recognise the indications to do the work in a different way. But within that, there is a great deal of independence in my own state. This is where I need the independence. This is where I need the self-responsibility. My choice. My state. Whether I do the apples first, or the onions afterwards, is not so important.”

“There is a matter of terminology,” he continued: “you felt you were more aware of what you were doing, more responsible for it, more present?”

“Yes, that was where the confusion was. At times I felt sure I was asleep, and yet I felt that this was waking me up,” said Tessie.

I will pause here first, because the force with which Mr Adie spoke does not come through clearly in this transcript. He was stressing that my state is my choice. Second, what he was saying here has a clear relation to the “flickering” state Mr Adie had referred to earlier in the day, and which was mentioned in the previous post.

“That is good,” answered Mr Adie. “The experience of that time of difference is just what you need. You are proving to yourself that in a certain state you can experience this sureness and clarity, but in another state, you are less responsible. What for you is the important part of what you said?”

“Yes, and in order to attain that, you had to remember yourself more. Mmm? That’s a good observation,” said Mr Adie.

Tessie next added that she had been advised to pull the chairs out so that she could sweep beneath the table, but then, having done so, she still swept from behind the chairs, just as she had been doing when they pushed in to the table. The other woman she was working with came up and “had to explain that the idea of pulling the chairs out was so that I could sweep from the other side. It came as a shock. Something in me said: “you are a clumsy klutz”.”

“Yes,” said Mr Adie: “but this is a technique. You aren’t trained as a housewife. Obviously, if you are going to sweep under a table, it is better to pull the chairs out. Not so alert as something in you imagined, but not a clumsy klutz, either.”

Incidentally, Mr Adie, who had been born in 1901, remembered the previous age when women were real specialists in domestic matters, and there were entire teams of them in larger houses. What each of them learned became the property of the entire team, and was naturally passed on from generation to generation. His mother, who had been a member of the upper middle class, had, he told me, acquired a great deal of practical knowledge of cleaning, for the lady of the house was closely concerned in those domestic matters. He mentioned to me once that people today did not really understand how to clean a house. This was in relation to an incident one weekend work where one of the women, a very efficient lady, had been in the house. Mr Adie had said to her that before cleaning the ceiling she should cover the piano with a drop cloth. She demurred: no dust would fall, she insisted. Mr Adie allowed her to start. However, immediately she began, Mr Adie noticed dust falling onto and into the piano. He stopped her and pointed it out. To her credit, she acknowledged her mistake. I have never forgotten Mr Adie’s comment on it: “She is intelligent and capable, but she has not had the benefit of the tradition there was in English houses”. This, I think, was the background to the comment he made to Tessie. But to me, it had the additional significance of showing the value of tradition, even in something like cleaning. The fact that knowledge was passed on in this way never occurs to us, and so we fail to try and provide good traditions for those coming after us. I believe that after his death a lot of good incipient traditions slowly but surely died out in the group.

After a little pause, he asked Tessie: “I can’t tell whether you were following me or not. Can you give me a sign?”

“Good. It is easy to jump to the wrong conclusion. So much is said about automatic associations and the mistakes that they lead to, that one is inclined to think that associative thought is useless, but it isn’t.”

“Mr Gurdjieff himself sometimes would stop what he was doing, and say: “Oh, by association, will you buy two cabbages?” or something, and then we would resume. Or maybe his conversation had touched a grocer, and he noticed this association while he was talking. You follow? Good.”

The next question was from Marvin, who said that he thinks he realises what his chief feature is. He saw it when Mr Adie asked to see him, and he began to indulge in a series of dreams about the coming interview, and it’s being disadvantageous to him.

“How?” Mr Adie asked: “What was this unfortunate vision?”

“Yes, but for instance, did you think I would ask you to come in walking upside down on your hands?”

Marvin’s answer was that that was not it, but he did have something inside him which found what he called “these dreams” to be pleasant.

“But as you don’t tell what the dreams were, we can’t share with you. It’s quite selfish. “I have a lovely ice-cream, but I’m not going to tell you where I got it”.”

People laughed, and Mr Adie pressed the issue: “Anyway, there is a point in this, eventually? Come along.”

“You can’t say you have found it out,” said Mr Adie. “It might be. Take it as a possibility which you are examining, but you can’t rely on it yet. Everybody is sorry for themselves, in some form or another, and certain times.”

“If a fish slips off the hook, some fishermen swear, some blame their companion … they all suffer a bit, but it doesn’t mean to say that self-pity is their chief-feature. But if you see it as a substantial feature, that is nonetheless something, isn’t it? That’s quite enough. If it is substantial, then it needs attention, even if it is not chief feature. So that is something. Good material, eh? That’s good material to work on. Prepare something for the next meeting, Thursday or whenever it is you come. And in the meantime, happy dreams?”