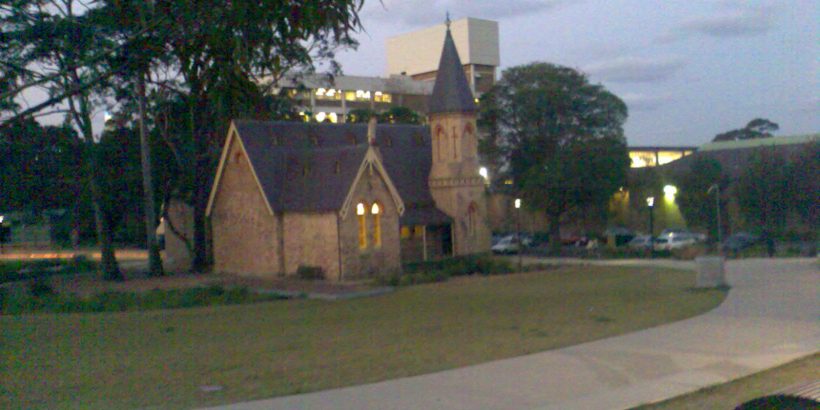 This continues the previous post of this meeting. After a silence, Mr Adie asked: “Who has got some work to talk about? Let us not sit silent and dumb. If someone is working, they must have come across difficulties.”

Daniel responded to this call, saying that after his preparation, he wanted to make appointments and begin life at a different level. However, he said, he had only succeeded twice. No matter what promises he make or conditions he sets, he fails. He is impatient. He rushes to finish this so that he can think what he imagines to be “a higher thought.”

“But you don’t seem to see what keeping an appointment involves,” answered Mr Adie. “When you make an appointment in the ordinary way, there is a tremendous mechanism attached to it. There is a custom of keeping appointments, there is the fact that you have given your word that you will be there, the other person has given his word that he’ll come, there is the need, you come to your business designed for it. All these things point to it, and you’re habituated to it.”

“But with this preparation, you are almost in a vacuum. This other level, you’ve got to bring that down and have it present here. So how to do it? Obviously, the idea is to be connected all the time. Well that is beyond us.”

“So how can I go? That has to be my work – to live in both streams at once, and the only thing is to try and try and see what takes me, and learn from that, and fail and go on, there is no other way. Absolutely none.”

“But, on the way, there are discoveries. We have feelings. We have sensations. There are several ways in – many. And I am not obliged to miss my appointment, or to not have any awareness of my feeling, if I remember. If I can represent to myself this appointment, in some but not in terrific detail. And if I have a strong feeling of myself before this thought that I have got to make it. And I affirm the wish. And then let it go. Because there’s a chance there. When there is an association made, if it was true in my preparation, then it can be true then, too.”

“The trouble is, often, that my preparation is not so good. You see, in the ordinary life, if you want something, you sort of don’t forget it. When is it coming? Now I watch. I will get it in a few minutes; so on and so forth. But we don’t approach the Work like that, and we can’t approach it quite in that way because there is a different order.”

“See, Sally spoke about her difficulties, the physical pain and trouble. That doesn’t inhibit effort. In a way, she found that there was a possibility of making more effort than otherwise just because of the very difficulties that she has got.”

“I must have some time for the preparation, and understand about preparation. Try and really understand about that. Try and make a much better half hour way of working. It’s a work, to try every way to come to a certain point of decision, and certainty, and try for that, and know why you’re trying, and don’t pretend afterward that it’s been more or less or anything.”

“Know that your day will depend very largely on that. So. Think about prophecy. This is what a prophet does, a prophet. He is so strong and it is present. The future is in his present. And it is connected, continuous, so there is fulfilment in his very presence. In that moment there is fulfilment, and it takes place because of this strong unbroken attachment on the higher level.”

“And it like becoming a prophet, really. You have to accept a challenge, you have to try and make up your mind to have a genuine wish, and then let it go, and get on. Then, in doing the work, not to cast it aside, but to remember yourself doing the work, and that will be sufficient to allow a contact when the appointment comes.”

“See, there is this special concept of dividing attention, so in order to fulfil that appointment, now, I can’t go on thinking of it like that, I have got to do this, to divide my attention now, to give so muchof my attention to that. A certain amount of attention on that level, so I don’t get into the mess about this, it is much more efficient, and this approaches it, there is a possibility of fulfilment.”

Mr Adie’s comments on prophecy are intriguing. He did not mean them to be taken as some sort of vague dream: that I should then start to fantasise about being another Isaiah, for example. He did mean that I should take the essence of it, the continuity of the prophet’s presence, his thinking connected thoughts, his having the being to hold impulses from the higher emotional and intellectual centres in his consciousness long enough to be able to translate something into the ordinary intellect and feeling.

I have often thought that by its very nature the process can never be complete: the differences between our higher and lower faculties are such that it is like trying to represent by a charcoal sketch what one saw in full, vivid colour. It does not have to mis-present, but it cannot ever re-present. In other words, it is not so much that the true prophecies we know from the Bible are wrong, it is more that they cannot ever be complete. There must be something in the reality which the prophecy could not capture, e.g. that when the Messiah came he would not be a political king like David, but a spiritual of an entirely new type.

Another thing to note here is the Preparation. It seems to me that the work with sensation, air and impressions are three works and yet they are one. I receive the impression of the air and the sensation. Nothing else is possible. Yes, there may be even finer impressions than these, but the receipt of those finer ones depends on having received and digested, to some extent and for some considerable period, the others.