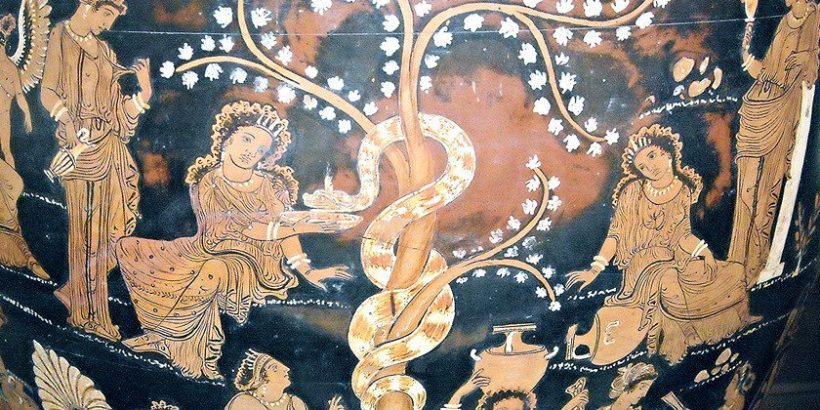 The next question was from Gary, who said that his immediate difficulty seemed to be in the morning preparation, and starting the day in the right way. He seems to lack a right valuation of the time for the preparation.

“Maybe you want to take a few steps beforehand,” said Mr Adie.” Use some water before you start, so you get really awake. This is a precious time of the day. See that it is right, that the chair is suitable, and start with a good DO. Now you’ve got half an hour to yourself. Wonderful. Your half hour. Push back all the other things. No worries in that half-hour, just work, intelligent work.”

“Know why you start with your body, or which order you do things in. There is a value in doing it in the same order, because it saves your having to think about which order. On the other hand, it has the danger of becoming automatic. So perhaps you could just make some slight difference in the order. Anything that awakens you. I want to be able to come to the various stages. I want to be able suddenly to feel my body firmer and lighter, more balanced, more well-based. And I want to be able to breathe deeper, and have more resonance; and be balanced, not negative. I want to sense it and feel. Be serious and not miserable. Come to such a state.”

Th next question was from Jill. Mr Adie had taken the preparation on Friday morning for the women’s work, and she had had quite a different attitude to the sensation. It was as if the body needed to sense itself.

“In the sitting, when we’re like that, you are relieved of the work of thinking: “Now, shall I go there or there or there?” You are relieved of that, and it is much easier. When you are by yourself you have to conduct it yourself. And you have the choice of following habitually or not quite habitually. You have to follow according to what you need, best. You have to be aware of yourself from the word go, to a certain extent.”

“Also, it’s quite possible if you have the time to do, for five minutes first, a physical movement – half a yoga to get the body moving. I move my body, even tiny parts, subtle movement, so it’s all alive. That’s the yoga. Alright. There’s sensation everywhere, now. I collect it, otherwise I go all stiff, but now I want it to move. So I want to be mobile, and suddenly this lung works, then this one. I have been forced to study all of that because of certain inner arrangements peculiar to me, but it has served me in very good stead. In order to get it all working I have to take the time to ensure it is all operating.”

(I will pause to add that this was a providential arrangement for Mr Adie – his lung condition presented only two options: be aware of your inner organism, or perish.)

“When we’re by ourselves, we have the chance of being by ourselves, it’s a marvellous possibility. But of course there are these dreams, which rob me of my presence. But I want to be present, to be there to look on myself and to see what I express.”

After a pause, Rick said that he had been alone and wanted to come to a fresh place in himself. After half an hour he saw that he is usually noisy at home and plays the fool. It annoys his wife because it upsets the children. This touched him, but half an hour later was all lost.

“Yes, but you saw it,” Mr Adie responded. “You couldn’t expect to suddenly have just one half hour or an hour and then correct all that. Because you had done that, you then saw it, and probably mitigated it slightly. That’s the way. But one does a small amount of work and expects everything in return. You are in the habit of this and that. It isn’t suddenly going to stop because of one thing. See? But repeat it, repeat it.”

“You wanted to speak Chuck?”

“I came with some questions about the Preparation but I sat here quietly because it seemed such a basic thing to ask.”

Mr Adie invited him to ask, but Chuck said that the previous answers had given him all he needed. “Yes, that is good,” said Mr Adie. “There are other questions. The Preparation is one chance of doing something. You know “man cannot do”. But the preparation is our nearest chance of possibility. And it’s all to do with inner being. Outside, all manipulations and plans, it’s all predetermined. We can’t alter that.”

“But that has to be understood. It should not be taken in a fatalistic way. It is certain that all that is provided for, and provided in all the changes. But innerly, in the preparation, we really have the chance. It all depends on everything, and it depends on that moment. If I can remember that this is a given life, and it’s a given moment – and that life is only given by moments. I only get occasional moments. It’s a stream of moments, you see.”

“And in the ordinary way, all these moments are received just higgledy-piggledy, just by chance, by association. Only after certain work can the contact of various levels correspond, and then understanding comes. And then you have the knowledge of understanding which is yours and remains yours, whereas the other is mixed up and, as is said, eventually becomes obliterated and becomes washed out.”

There Chuck then said that sometimes he has useful thoughts in the Preparation, “and then I go off thinking about that instead of doing the Preparation.”

“That will happen time after time after time, because we cannot think in a line like that. We have a moment of contact, of consciousness. Then that is past now. When do I get the next? I don’t know. It’s a process of feeding, a special kind of feeding. It’s a food for the higher mind, and the air is the food for the emotion. I am so much thinking that I have forgotten about the air, and then that I have forgotten about the sensation … and then I am more or less balanced, as a normal man should be.”

“I am becoming different, I can see thought arise … maybe … my state changes. I have to see: it’s the gift of my life there. And I am by myself. Yes, you could say that the Preparation is the first gift of life, and the gifts come in Preparation, that is really where they come … you see something you have not otherwise seen, and you almost wish for an attack so that you can test it at once.”

This is the Garden of the Hesperides