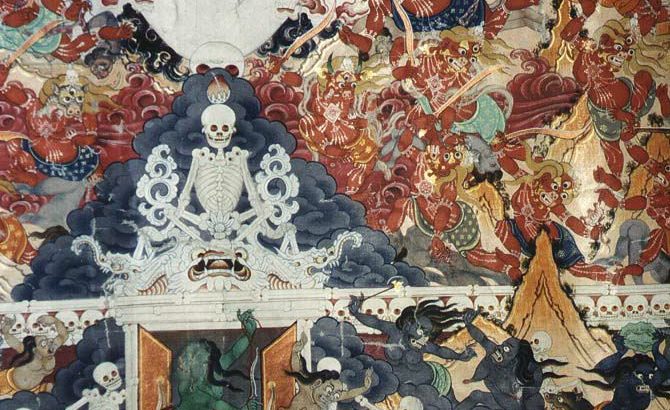 This continues the meeting of Tuesday 28 June 1983. The next exchange, with Hymie, was marked by Hymie’s lengthy ramblings, and continued interruption of Mrs Adie. I shall, therefore, try and gather Mrs Adie’s responses together as best I can, although the result is very much shorter than the original transcript, it may be more helpful because of that.

Hymie said that he had a lot of emotional tension, leading to physical tension, and could not relax.

“Relaxation will come as a result of your general work,” said Mrs Adie. “There are some emotional tensions which you can’t deliberately relax. In those cases, you could look at it. Even that begins a change sometimes. Physical tensions are different: you can relax your physical tensions. They don’t always appear, I don’t always notice them. It’s very important to see your state more often, because physical tensions can support emotional.”

Hymie then said that when he engages in physical work that often makes him feel better.

“Because your attention was fixed on something, on one thing,” said Mrs Adie: “That’s a time you have to look more especially, to relax your body. While working, be aware of your state, feeling your presence.”

“Half the problem is to remember it. It’s a problem for everybody. First of all you have to realise the necessity. Normally, it wouldn’t occur to me at all. Sometimes realising that will help at once, and I sense a certain freedom. On other occasions, it’s doesn’t go very far. It depends on whether I have begun to understand the state that I’m in, where I have to go, and where my effort lies. You understand now what the next stage is. Something knows that you need to understand it, to study it, to understand.”

“Cleaning is a very good job. It’s really like rather cleaning, inside you. To see the mess receding and order appearing outside, one feels something also inside, if I am present to it. In very much of my work, one doesn’t know where to begin, one doesn’t really think about it. In most cases it’s quite chaotic, uncontrolled, pulled by everything. But a job of tidying up my papers can be different: I have to give it some controlled thought, and that is an object to also come to my own presence.”

The next question was by Mirielle. She was in a fluster because her mother-in-law came to see her.

Mirielle replied that she had a taste of its familiarity, but later, she was speaking to her husband, and her daughter was shouting at her, and “for just a moment it didn’t matter. I stopped and answered her, and I felt it was no big deal it was simple, something simple. I usually put so much energy in this considering flustering thing and it’s as if “I can’t cope, I can’t cope”, that feeling. This other time it went away, it didn’t matter.”

Mrs Adie was interested in that: “Yes, but of course if you’re completely caught by it and don’t see it, not even dimly there is nothing you can do. Accept it, use it. Maybe at the time, nothing, but you see this tendency: think about it a little, it’s your question and you understand it very well. And nearly always it will come to you by surprise. What would help if you’re in time, if you thought of it in time?”

Mirielle could not say.Mrs Adie asked again: “What do you need at that time not to be caught by it? You need to have some feeling of yourself of your presence, but apart from that, you need for your head to be awake. It’s also part of the stress. You need to see what is going on here, and what is being said. See what the situation demands. It’s relative to how much you can do, but have a picture.”

This is a valuable idea, that of making a picture. Mrs Adie explained: “It might be useful for you sometimes to represent to yourself that occasion in that situation. How could you have handled it in a satisfactory manner without losing an enormous amount of energy yourself? You’re not helping anybody else either, you might make them lose energy. But try and see yourself responding to it more consciously.”

“What am I trying to do is to preserve something inside. I know it’s terribly destructive for me how’s my force is taken, sometimes even my force for higher work is consumed by it. It leaves me terribly drained, empty, less possible to work. This sort of situation can arise at any moment, that is what is difficult. Your chief hope is that it can awaken you at in time to preserve something; if you have seen it clearly enough, how terribly destructive it is, and completely devoid of any positive aspects whatever, maybe it can remind you because it’s a very unpleasant feeling actually.”

“But anyway, you seem to begin to be aware of it because it’s a tendency of yours. You need to rub your nose into it a little bit more and realise what a profit it can turn to. If you ever know in advance when you’re likely to be caught it would be excellent ground for you. I mean if you know a situation is coming, you know that that will happen, then you have a chance to protect yourself a bit, and do more than protect.”