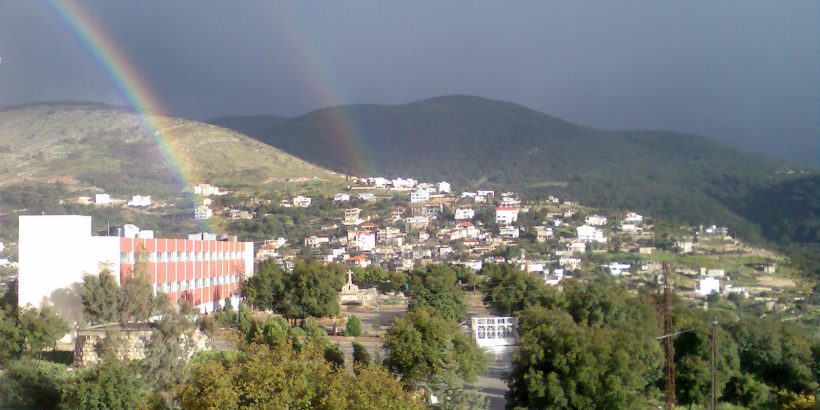 This is the final report of the meeting of Tuesday 28 June 1983 with Helen Adie.

Audrey said: “Things that I use to put importance on and still do to a certain extent, like clothing, dressing and presentation seem very superficial to me. All the things that my life seemed to roll around have lost their importance and their believability, but … I don’t seem to make that final commitment of moving ahead.”

“You want to get out of your old roles? It’s a good opportunity, to start afresh with new roles. The old ones don’t correspond to how you have changed,” said Mrs Adie.“You feel yourself as uncomfortable, but it’s much more real than what you thought of your self before. It’s true, you don’t know yourself, but what is the relation of that to the role? The important thing, what happens with roles? They play me. I’m caught into a role, it’s inevitable. For you to expect to really play roles already, from scratch, from nothing, is to expect too much. But you want to work in that direction. Take one example such as that of your dress. What is it about your dress which no longer corresponds? It’s a very good line of work. You’re connecting this largely with your new job, aren’t you?”

Audrey indicated it was, but she had no clear idea of what is out of place, only that something is.

“Do you mean that from the point of view of how you get on in your new job? Can you choose one particular area, how you dress or how you speak? That is a work for your head, to see what is required. This is quite a complicated thing that we’re talking about. It’s very uncomfortable when I’m robbed of my usual role, or I feel I have no role, it’s mostuncomfortable. People are wretched in that situation but it’s awfully useful for a short time. You’re in a job, you want to maintain your job, you have to look at it in a very impartial way. You have to find out, nobody can help you very much, ponder it very much with your instinct as well as with your head.”

“What is required from you?”

After a pause, Mrs Adie continued: “To play a role, one must not identify with ityou see. That of course is a very large tall order, you are bound to identify. You will of course be able to slip into a role, but you have a chance now to some extent to choose your role. You realise your old roles don’t fit in there, you must know what has to be dropped and what doesn’t have to be dropped. At the moment you feel a little bit like a fish out of water, and it is a good opportunity.”

“Always try and be sure of your real self.Try not to get tense over it; try to feel relaxed and awake as much as you can, to see what sort of roles people play and what is the sort of accepted role of somebody in your position there. You can learn from other people there. You can learn from other people, you can see what it is expected you have to put on? At the same time, as far as possible, don’t allow yourself to lose your own sense of yourself.Try to discriminate.”

“You see, you’re in life with other people. In a way you have to behave like other people. You can’t put yourself over them or see yourself as in any way apart from them, you have to give them what they need, what they want. Do what is required, be what is required on the surface, without affecting what you are inside. Very, very good work and very difficult, and it won’t be achieved all at once.”

“Does that clarify it at all?”

Audrey agreed that it did, but she had to think about it to clarify it for herself.

“Yes, to see what is happening, how it runs, the kind of activity, the kind of manner it has when it speaks, the kind of appearance, everything. Your aim there is to remember yourself while doing your job.Sometimes you have to be a little bit false,but if you’re aware, you’re not being false internally you see, if it’s done intentionally. It’s just giving them what they want.”

“Maybe you haven’t been there very long; it can be very confusing, but try not to be cut down. Be patient.”

The final question was from Ritchie: “I think I may have asked this before, mind games or the continual thinking, I just can’t seem to stop it most of the time.”

“It is the same for everybody,but you can for odd moments, for a few moments, have some relief. It comes with a sense of presence. You’ve seen it, that was the first thing; you’ve seen it. Set regular times when you will come to yourself for a few minutes.”

“When I woke up this morning it wasn’t there, first thing I didn’t have the pressure on my head, it didn’t take long to come back, though,” said Ritchie.

“Why do you think that was?”

“I think so much about the day my work and everything…”

“Yes, there’s thinking and there’s dreams.There are many layers. But if you try, say once in the morning, once in the afternoon and once in the evening, for five minutes, direct your attention, divide your attention, have some feeling of yourself and some on your movements, your body movements.Do it as often as you can, but do it in any case, three times.”

Ritchie then mentions how an “excited feeling” comes up in him with “a burst of energy.”

“Don’t fear it, don’t fear it. That’s important. You can’t help it and it won’t go on forever. Accept it and just start again, don’t fear it. It’s very difficult work we’re doing, but whenever you can, confine your attention to what is taking place and the feeling of your presence. It’s a good thing, one of the most possible things to watch is my movements, dressing, shaving, not to interfere with them but to follow them. The head is the most difficult to control.”

And, one might add, it means that the control of the head is therefore correspondingly valuable. In retrospect, I wonder if this was not the greatest weakness in the groups, that we were weak in the head.

Little is said, in concrete and practical terms, on how to play a role. But this response of Mrs Adie opens it up tremendously: take specific aspects of one’s behaviour, such as dress or speech, and see how that reflects something you feel does not correspond. It is not a question of changing it to what does correspond, one might not change how one dresses, or perhaps change it in a small way (e.g. to clean my shoes more often, or to be tidier), but rather to consciouslyplay the role; and then, when I wish to step out from behind that role, I can, but the real benefit is the internal freedom.