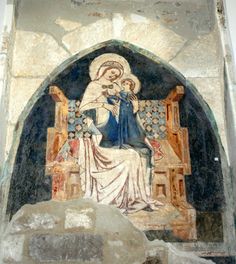 This continues the lunch questions of Sunday 11 October 1987.

The next question was from Tabby, who said that each new task had provided here a shock to “de-identify” herself (as she put it). She said that she had noticed tension, self-importance, and how she would get “sort of blinkered” while cutting the carrots.

“Just to be simple,” Tabby answered.

“Yes, did you welcome that? You didn’t start shouting: “Yippee, yippee, yo!” But at the same time, how did you feel yourself?”

“I was trying to be like a person just doing something simply.”

Mr Adie accepted this, although she hadn’t really answered his question: “Yes. You see, you’re working in an unnatural way. All our work is against nature, nature’s automatic way which is that we are prompted to action by her demands and her influence. But we’re trying to work from the other way, we’re trying to work from within outwards. Not to work as a slave. When you do that a little, there’s a certain satisfaction that one can enjoy. One realises that one is working quietly.”

Then, turning to Pablo, he said: “Doctor, if you tried, you would get a little satisfaction if all these pictures of grandeur and great success died down. Would I not find some legitimate satisfaction if they would only shut up for a little bit, because I had was more conscious, more present?”

Returning to Tabby, he asked: “You had understood the doctor’s question? We all have these pictures. If I were sufficiently balanced, in my state, they would not obtrude. I could take a breath, notice, and get on, not be that sort of self-regarding creature.”

After a little pause he continued: “Take as an example sportsmen, Rugby players, fullbacks and that sort of thing. If only they could see themselves after the match is over, especially if the other side has scored a few more tries. What is their self-image? They are surely unconscious of it, but do they not look like people with nothing left of life, their energy, their blood, their force? What do they have but a split lip and a bang on the head? But here we can get more than that, just by cutting carrots in the right way, and that surely contributes to my self-image. It is available when my self-image comes into focus.”

“I am saying all this just to compare the difference between various images. These images have to include our physical actions. What can be the self-image of a person who is tied to the physical action? I’m either fastened to it by reins as a self-important creature who thinks he’s a director, or else I’m fastened to it by a rope around my neck, like a pig being led.”

“But if I can be a little freer, I may see my self-image. I want to seize those moments when I am relatively free, and to wake up and see myself and my self-image. This is why I asked whether there was any satisfaction, because there is from time to time, when one realises that one is a bit free.”

Then Cathy said she wanted to know how to stop interfering thoughts. She said that she has been going to do something very stupid, when Shirley, who was supervising that job, asked her to get some manure. But it didn’t smell like manure, and at first she didn’t think it was manure, then she started wondering, “do I have that sort of self-image that I am totally incapable of doing anything, and how do you know whether it’s real or not?”

“But you started by saying something else”, said Mr Adie.

“Yes,” replied Cathy: “I wanted to know how to stop interfering thoughts. They stopped me from hearing more than half of what Shirley was saying.”

“Yes, but you see what happens? You have this thought, this idiot thought that you won’t be able to recognise the manure when you see it. And then you go and get it, but you still believe you haven’t, and then you’re told you have. So you’re rather dependent on fantasies. I really want to know something for myself, I have to just know myself, as I go to get this stuff, I want to know that I am walking. When I look, I want to know that I am looking. I want to be present to it, not to be taken by fears in the head. It all takes place in the head. I’ve got eyes, I can see manure, maybe I can smell it, there are ways of telling. In any case, does it happen equally outside? Probably not. In your job, and you get new jobs sometimes, are you as nervous there as here?”

“Well,” said Mr Adie: “You have a little habit there. It can be a line of work for you. It is interesting, because children are very much like that. You ask a child to get a pencil, he trots off, and by the time he has got where he wanted to go, he has forgotten what he has gone for. He’s a dreamy child, and you’re a dreamy child. You dream you’re going to get the wrong thing.”

“So, I need to be physically there,” said Mr Adie, “and to know my body by sensation. I want to be solid. This is just what I want. You see how valuable your image could be. Not very tall, fairly well made, going off and forgetting; it’s a fact. That’s your life, or at least that aspect of it. You are too often like this. I need to just go and on, and see the absurdity, and then you’ll say: “Well, that’s not what I want.”

“In a way, the answer is that you have to see as much as is needed until you get fed up with it. But it might be intelligent to try and accelerate the process, and then to think about it. That would help. Also there is the point of view of what would have happened had you brought back something which you had mistaken for manure: would the earth yawn open and you disappear? So what is the fear”

“Think about it and try different ways. But what is right about you is that you are wanting to know.”

Looking back, the thing about Cathy’s question was that Mr Adie was quite gentle with her. She had tried to deduceher self-image by an intellectual calculation. Mr Adie brought her back to the necessity of observing herself. My guess is that he assessed her as needing more basic work on self-observation, and she was indeed new to the groups. I am fairly sure that this was her first year with us.

As stated last week, I think that I can see my self-image, but not with the ordinary mind. But perhaps, even with this, Mr Adie’s statement that I can accelerate the process by pondering is also true. He had said it in regard to being dissatisfied with my state, and this is surely basic. He would often say that one should bring these vital questions back before oneself in the morning preparation, after the work of the preparation in coming to a balanced state. I doubt we can see our self-image except in action, at the moment of its manifestation, but the work of the preparation may help us to wake up as our self-image is in view.