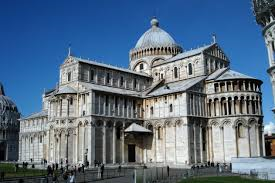 This was the first question brought on the evening of Tuesday 4 October 1983, and it included, among other matters, the reality I touched in the  last post: that in a real group, or at least a group of the level Mr Adie could facilitate, the work of one is the work of all, and we could collectively bring a force of attention and even intelligence to questions. “I could offer two vivid observations of the machine working, the first was something pretty bad that happened on Thursday and the memory of that lingering on through my preparation,” said Jack.

“You have to say what it was if we’re going to understand. Two or three words only, but what is pretty bad?”

“Well, I virtually bent the rules at work to do a chap a favour.”

“When you say at work, you mean your business? You went outside the bounds of what you were supposed to do?”

“But this phrase, ‘bending the rules’, is not clear,” said Mr Adie.

“No, what I’ve done is dishonest.”

“You sold something for  too small a price?”

“Well that’s clearer. Do you see how when I bring my observation, something in me tries to avoid the plain unvarnished truth, and softens it? Yes, alright; you twisted your firm slightly.”

“I was squirming over this on Friday morning, and I noticed I was actually not making any serious effort to get away from this feeling. I was luxuriating in bad feelings, in negative emotion.”

“Are you sure about that? I mean, it was legitimate to suffer a bit. You have a picture of yourself, a good worthy person. After all an employee has a certain sort of contract, hasn’t he? He expects fair treatment from his boss, his employer, but then he turns around and effectively steals from him. So, if one really feels that, it is good. What would be bad if you didn’t feel it. If you want to try and cover it up, that is bad.”

“You’re right,” Jack conceded, “I can’t really say what the feeling was except it was negative, it was, I was manifesting badly, being rude and unpleasant to people, certainly in a grouchy mood, most of the morning and not making any effort.”

“And you think it was because of that?”

“Yes, in some twisted way it was.”

“I say ‘yes,’ but I have said this is why, but was it, really? Am I quite sure of that? See, nobody can do that for you, you’ve got to do that yourself and really see: is that right? It really demands your inner reality. We have something to learn, there is reality in the work. This is the reality I need to approach, and nobody can do it for me, I have to do that myself. So far, so good, go on.”

“Well, I’ll refer to the actual experience which was, I said to myself, I must shake this frame of mind and I went to the park …

“You mean you felt you had to get rid of it? So you could forget it?”

“Mmm, under your probing,” said Jack, “I really can’t say exactly what the feeling was.”

“Well, I sat back and started eating my sandwiches, still in the black, in whatever this state was, and I suddenly discovered my wife had packed a piece of my favourite cheese. And instantly, the moment I saw it, my mood was, I changed.”

“Yes, well, you see, you see what I am: I might be just about equal to a crow, except that a crow has no conscience of that kind, so I am not even on that level. But it’s very interesting material. How much poorer you would be if you hadn’t got that?”

Mr Adie then turned to Carrie, and asked: “Carrie, are you following all this well? Good.” He then returned to Jack, and asked: “From that what?”

“Well, I immediately started virtually singing internally. One song went, here I am at age thirty-six after nine years of struggling, and all it takes is a piece of cheese to change me.”

“No, that’s not the song, that’s a form of realisation. Now, don’t let yourself talk in a sloppy way, there are other words. Guard your words. I have to guard my words very carefully because my words mislead me all the time. My feeling follows my words, if I say something that isn’t quite true, then I feel I’m not corresponding to the truth. You follow?”

“I hope you do follow,” Mr Adie continued, “because this is what you need, what we all need, not to let words come out which mispresent the situation. Why do I say ‘sing,’ when I mean something else? Just because I’m not there you see. And there’s A sort of idiotic carelessness, you know, ‘here we go.’ Idiotic, you see.”

“This trait is in all of us, make no mistake. These meetings, if they go properly are sort of combined pondering you see. We really try to, to dig beneath our normal level of thought which is really very low, and come up a little bit, so that our thought has a certain reality.”

After a short pause, Jack said: “That is all that there is to that, Mr Adie.”

“Yes, and you have gained lot by sharing. But as soon as I tense, I can’t gain. Tonight you have gained.” He then turned to Carrie and asked her: “Have you gained anything from that, Carrie?” She did not speak, and Mr Adie asked: “What?”

“Don’t tense though, don’t. There is a way in which I can insist on being mobile. See, you have to be between. I can’t come into the meeting being entirely contained. I have to be available to what is said too. That’s the work situation. If I’m doing a preparation, then I try by all I can to go innerly. But when it’s like this, I have to be partly innerly and partly out, otherwise I miss you see. I mean, I’m using words now, you have your words, I have mine. How much do they correspond with this normal reality?”

“If I’m entirely inner, I don’t really receive it, see? You won’t follow. By being entirely inner, I get cut off from what’s going on, if I’m not careful. So every now and again at least I want to come out. Do you follow? You think you do?”

“Good. Good. Well, don’t get too inner, otherwise I become fixed you see, and then I become sort of cut off. The action of self-remembering is very, very quick, very short, it has to be renewed. And if I get into anything which is fixed, then I can’t think. I have to be able to move, move, move … and yet, remain before my aim. So have a sense of inner movement too.”