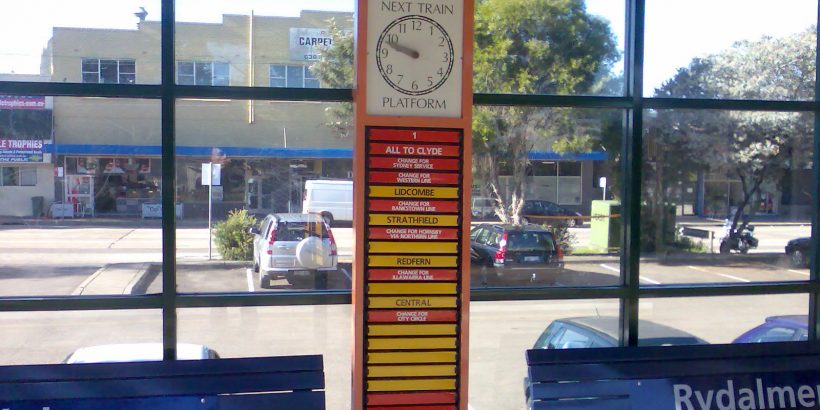 Siegmund: “It is impossible not to see my chief feature is my negative emotion, which can easily change me, easily take me. It makes me very depressed.”

“But the trouble is,” said Mr Adie, “that you don’t see it when you’re experiencing it. That’s when you want to be present to see it as it manifests. You continue: “I have to do everything to resist this terrible trait.” Now, you see, that comment isn’t practical. You don’t have to do everything to resist it, besides, it is beyond you. But it would be very good if you could do one thing. You see, this is the words again? These words: “I have to do everything.” Such a formulation defeats me. It defeats me in my own words, immediately, because that’s how I think: Ah, well! Today’s going to be different!”

That last sentence: “Ah, well! Today’s going to be different!” was spoken by Mr Adie, in his inimitable way, as if he were a young man, wide-eyed with enthusiasm and self-confidence. It is a mark of how well Mr Adie’s mind was integrated with his moving centre that he could notice and then imitate tones and actions.

“Your question is how this whole day going to be different. If it is intentionally different, even in a small way, then it won’t be the same old story. I make a plan: at eleven o’clock, I’m not going to have a cup of coffee, or I am going to have a glass of milk instead. Then I wish to be present at eleven, and there’s a chance of fulfilling that intention, isn’t there? Now I might remember it from time to time before, that at this hour I have my appointment. Perhaps this is the meaning of those old stories about a man who has a lover in a tower, and in order to see her, he has to keep these apparently irrelevant and pointless demands.

“I use that reminder to do everything possible to be awake, to keep awake.” Specify and name the negative emotions. Name them. Perhaps there is jealousy, hatred, and so on. Destroy them one at a time. So the question is, which is to come first? Which is to have your special attention first?

Elizabeth: “The need to be calmer and more centrally placed in myself has become quite obvious, with observations of annoyance and irritability, impatience, impulsiveness, emotionalism and lack of rationalism. Since these manifestations are all expressed outwardly in my speech, the return to the study of this feature seems indicated.”

“When you write, “this feature,” Do you mean the way you speak?”

At this point, Elizabeth evidently says something, but so faintly that it cannot be heard. Mr Adie agrees with something she has said, then adds: “Yes, but isn’t it just that, because it’s the way you think, too. The study of how you speak is not possible until you are present to be there and see it. But don’t take the whole of your speech, take a part, take a certain section, and then you might be able to carry it out.”

“Which is the most costly on this list? Choose. Let this be the first for attention. You must be your own surgeon, you must find which one of these is the first job.”

Then Margaret: “Imagination, old conceits which I thought were under control still manifest. I have the work to see the gestures and hear their various voices and feel disturbed by their frequency. As I write, I do not believe in these, but they happen when I am asleep.”

I think you must define which features of the imagination you have seen. They’re not all the same. You’re quite right, the old conceits are all there, they always will be, but they have been gradually trained so that at the slightest glance they lie down.

It’s very like a trainer in the circus, he gets one lion to sit down on the tub, then the others more or less tend to follow. So if I really conquer one that’s a big result.

Duffie: “In the way of my work, is the sloth that doesn’t want to move.” Well, no, you can’t say that sloth is something in the way and doesn’t want to move. That is to clothe it as a being, when it’s a state. It has no separate existence: it is a way we speak about states and attitudes which result from habitual inertia. There are recurring desires to dream, interest in dreams, certainly basic attitudes and identifications upon which I am so hooked that I can’t find any wish to move, so I am left inert.

I mean no-one wants to be slothful, they want to be at peace, so they’re slothful. You follow? It makes a different there you see. I mean you don’t need Mr Slothful as it were, unless you are reading Bunyan. We don’t personify these things because it isn’t the right way into our work. You go on: “It doesn’t want to move, it resist change, it snarls when prodded.” Well there are different I’s, I’s that believe they are entitled to be left in peace, I’s which require respect and to be left undisturbed, they want their quiet respected: they snarl. “Also there is the one who knows, who’s made a formulation of my life, makes a hollow of my feeling and blocks the passage of my head to the awareness of another level.” This is true. So as long as argument is going, the way of my real understanding is blocked. Are you following?

“Yes,” said Duffie, “but it’s not argument so much … it’s not an argument, it’s just a fixed attitude.”

It is almost astonishing that Duffie could have stated this, when her very objection was an argument. But Mr Adie was onto it: “Yes, that’s right, that shows I am right. It is arguing right now. There must be some argument because the possibility always relates to an alternative thesis: not this, but that. If I don’t understand why I don’t accept this thing, it only needs the effort to stand outside myself, and ah! Everything comes to me.”

“So don’t argue now, mmm? I must try to come to a closer grip, and specify what my obstacle is by recognising and studying the results. So that I can judge where my effort needs to be concentrated, I need to confront my enemies one by one. This is why I point out that you really can’t say sloth, you can’t personify sloth because you got to find the causes of it. You follow?

Duffie said she did, and Mr Adie said that was good.