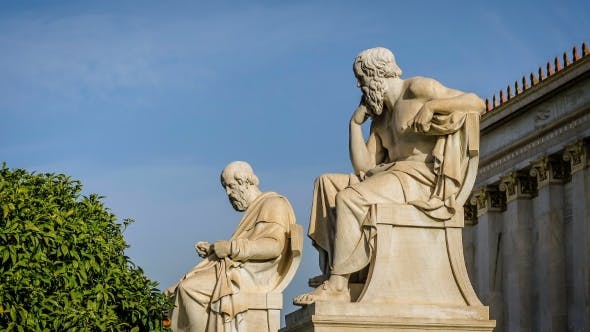 Mr Adie now came to the question of buffers. One person said that he thought buffers might be something which constructs his thought, rationalising his contradictions. Mr Adie said: “That’s no quite a buffer, that’s just a habit of thought. There can be buffers in connection with it, of course. But there are two things: there is what a buffer does and what it is. It is very interesting because nobody can see their own buffer; as soon as I see my own buffer, it ceases to be a buffer. A buffer is what keeps me asleep. You remember how kundabuffer was described? It’s that element which is put into the beings of the tetartocosmoses just so that they should not realise their true position and refuse to serve the cosmic purposes. It was after it was removed according to All and Everything, but unfortunately, its effects were not removed. It was not possible; you cannot undo what is done. God can never undo what is done, so the effects of kundabuffer remain, and this is what we are confronted with. Well, “kundabuffer” is a term which covers all buffers, all buffers. There are many.”

He then read a prepared piece:

A buffer is an automatic growth; a parasitic growth. The growth becomes attached to a child’s psyche, a youth’s psyche, or an adult’s psyche. It is derived from the contact between, on the one hand, the egotistic defects and impurities in the entirety of the being, and, on the other hand, the automatic reactions to all impressions received.

These egotistic defects and tendencies are inherited from his producers, his parents. They are the automatic influences of his parents and family and other human beings, and the external conditions around him. The buffer is part of his education. He copies without query, and he builds in himself a habit of justification so that he doesn’t see. He can’t see. He can’t see the operation of this thing which allows him to do this but not that.

This contact between his inherency and his surrounding conditions proceeds, as said, purely automatically, and is subject to the law of accident. And it has the effect of an ever increasing and deepening partition, which serves to prevent any shock which might disturb the waking sleep of the being in question.

He then put his notes down and said: “It’s like barnacles on the back of an oyster, the oyster can never see the barnacles. A man’s buffers can never be seen by himself. By the action of cushioning him against shocks they preserve his sleep. In sleep, I cannot see, I cannot judge. So, man lives in sleep and never sees his buffers until after he has freed himself. He can only know about his buffers from those outside who can see him, and show him, and from seeing the results – help from those who themselves have been helped to be freed. Only through this help can he free himself and awaken.”

“This should emphasise how much one needs the others and the work and the conditions which will show up these extraordinary reactions and inexplicable manifestations on my part and on yours. I need to be in query and to examine causes. I don’t see the buffer, but I do see this irrational behaviour, I see the wasted energy, I see the loss of something clearly  desirable. This I can see, but the actual mechanism, I cannot. Yet if I continue, if I continue to face that, I begin almost to see, I’m almost there, sufficiently, gradually, to interrupt it; and the buffer begins to fail, it grows very thin. And presently, I have enough strength to face it, not to cushion myself, to relax, to receive a true impression, to accept the discomfort of really receiving whatever the impression is and then the buffer is no longer there.”

“I never really see the buffer. Other people can see something absolutely impossible about someone else, but he never sees it. You must have had this experience in fierce arguments with people, that there’s something really wrong here which this person will never admit. There are all sorts of other things. He won’t admit it, but you can see that if only he could admit that, then the argument would be over. But no. It’s based on a conviction which protects his attitude.”

“A lot of our work is concerned with the question of buffers. We want more about it, that’s why I always have to try and be relaxed and awake. If can see his or her buffer, I can see I also have it. Alright, having seen the possibility of having that in myself, maybe I begin to be able to work against it. To work against buffers I have to awaken, I have to begin to work from a different point of view. A buffer maintains my egotism. Buffers maintain my pride and all my bad manifestations and desires. Negative impulses are maintained by buffers. If I wasn’t innerly persuaded that this was justified, of course it would go differently, but this is what I’m persuaded. When I’m not there, everything goes like a merry-go-round, buffer working beautifully, and I sleep very sweetly.”

“Is it not possible to name the buffers?” asked Sam.

“You can name someone else’s buffer, but while you have it, you cannot name your own,” Mr Adie replied.

“Could you name my buffer?” Sam asked.

“Yes, I’d be able to name yours, but the important thing is for you to name it. People can be shown where their buffer lies, but you have to be willing to be shown something which you are already convinced is otherwise. But if I am willing to be shown, then I become accustomed to this struggle, I’m not taken by surprise. Where’s there a struggle, there’s gold. I’ve got to go on. Think about it, think about buffers, because it has to be very clear. If I’m not aware that it’s like a shutter which cuts me off, how can I even realise that I’m blinkered? How can I understand the effects of this blinkering unless I understand what to be blinkered is?”

“I found it very difficult to see lying in myself and also to see formatory thinking,” said Raphael. “I wonder whether that has to do with buffers?”

“You don’t want to see it, do you?” asked Mr Adie. “If you like, your buffer in this case is your self-opinion: “It can’t be true. Raphael can’t really lack that.” He has other faults, always not those under discussion of course. When those come into discussion, fresh buffers come along.”

“Try and find your buffers, try and suspect, try and find out where you think they may lie. It’s like being told you’ve got a disease. If you’re a healthy person, you look for the symptoms. There’s no harm in that. Why not? Why not bring the question? It’s reasonable.”

“It seems that buffers are not totally unnecessary,” said Lisa. “They provide some protection for our sanity.”

Mr Adie responded: “No, they provide protection for our insanity.”

“Very good protection. That’s what protects all the insanity – buffers. I mean would a man go trying to fish over the walls of an lunatic asylum, for a minnow from a concrete road, would he, if he could see it was a concrete road? It has happened. Or if he thinks he’s Napoleon?”