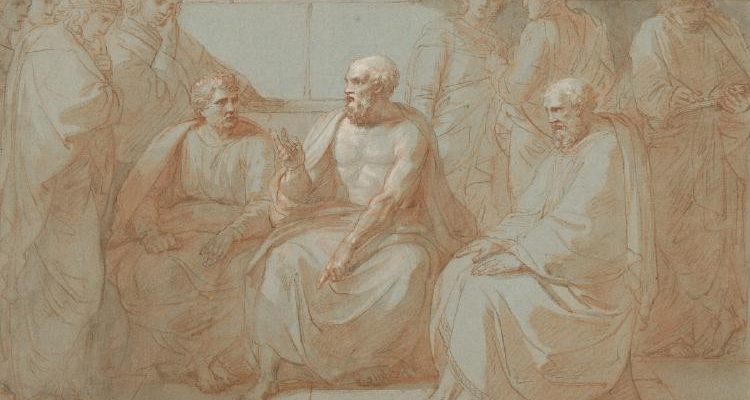 That’s a good observation. Of course I can fall asleep. I think most people find it hard in the afternoon. Nothing goes in a straight line, of course it’s the law of octaves, they come to an interval which has to be filled. In the work, generally, I can have the impulse for a time, the wish, and then, somehow, I don’t know what to do or why. After months of this it can be very difficult to start again. So, when I am in a good state, I have to prepare for those times when my interest goes. This is a difficult thing. But I do it for ordinary things, like preparing for my retirement, putting some money aside, and so on.”

“The weekend work is a slightly different situation. I remember those days when we were starting, we used to go to the weekend work: forty, fifty years ago. It was always terribly difficult after lunch. We were bored, with the job, and with ourselves, thoroughly bored. I could understand that that was my condition, but I couldn’t do anything about it at all at that time. Every time I went to the weekend work I found myself in the same predicament: I hadn’t expected it to appear every time. When I was coming, I had the wish, and it is as if I thought it could not disappear. I didn’t know that this running-down was inevitable. It was not easy, I wanted to make a straight line of it. I would have big breaks, gaps in the day. I can’t go the whole day without some effort, and the effort will not increase or continue all by itself. I am bound to find that I’m going to need extra support. I require something that maybe won’t come at once, so I have to devise something. I have acknowledge that this is the law and it will be this way if I do not prepare for it, and make a more intelligent effort. And for that I need to find how to renew my wish.”

“Yes,” replied Mrs Adie. “I think that part of it is that the energy is going into the digestion of food. It might have something to do with it. So it then becomes a question of the direction of energy. Not all my energy has to go in that direction, so I find it helpful, as I eat, to begin to divide my attention and direct some energy to that part of me which can hold the wish.”

“I got the impression that it’s an old habit, that sort of, a train of thought there,” added Jim. “I’m over the uphill part of the day and now, and everything is gravitating towards going home.”

“Yet, if you were going to start an activity that you were particularly fond of, you wouldn’t be like that.”

“It does seem, the beginning of the afternoon is the tricky time, I have to get energy from somewhere, I have to fill in that gap, a small drop may be enough.”

The fourth question was from Elsa: “I found that today, I felt most of the day uncomfortable.”

“No, just in myself. I wanted to be more inside today, and less dispersed. That is what I’ve been trying to work on lately. And this morning, by the time I got to lunch I felt a bit depressed in a way, I felt that things weren’t going very well inside. For instance, somebody spoke to me for a long time, I felt like a girl, like a child. I saw immediately it was because of that person, it wasn’t based on anything real. In that sort of state, subject to that sort of feeling inside, I realised I was at my most unreliable.”

“Yes,” said Mrs Adie. “But now you have seen it as a fact. It is a fact because you noticed it. You were much more aware of your reactions to people, and what they were, and the state that resulted in you. In the ordinary way, in ordinary life, I go up and down, cheerful, miserable, as it may be, but I don’t remember any of it and or know what any of it was about. But today, you see, you were not so far below the surface, you were much quicker to have a feeling response. About negative emotion: unhappiness makes every problem seem bigger than it is. First, I try to have a wish to see and to work, and then I feel the negative. It really strikes me, and then between the wish and the negative emotion I can come to a balanced state, a harmonised state.”

“In fact,” said Elsa the negative emotion seemed a lot stronger than the presence I thought I had.”

“Yes, that can come as a sort of shock, but if I could recognise it, it would wake me up again.”

I would relate Mrs Adie’s responses to the two questions by saying that if I have a wish to use any condition to progress towards me aim, even unwelcome ones such as fatigue, boredom, and negative emotion, then when they appear, they may provide me with the shock I need to “fill the internal,” as she said.