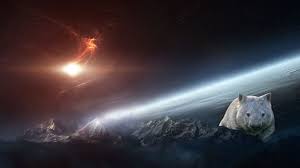 In the book, Gurdjieff: Mysticism … I mentioned several times how vital it is to raise the sensation of the body to a state of consciousness. That is, although words cannot define it, and can at best only remotely describe it, the impression of the sensation of the body reaches our consciousness. There is a considerable mystery here, and I could spend thousands of words adding to this, and still leave more to be said. Neither have I even mentioned the need to release tension and to come to consciousness feeling of the whole of oneself. Suffice it to say that these factors are inextricably interconnected with that of sensation.

But it is possible to spend so long trying to be as precise as feasible, that one loses the point which should be made.

The point which should be made here, in these circumstances, is that is necessary to raise the sensation of the body to a state of consciousness whenever undertaking any of the Gurdjieff exercises (with the possible exception of a few of the “first octave” exercises). But even those few exceptions are like basic lessons in how to raise physical sensation to consciousness. So the exceptions are not worth considering here.

Why is it necessary to bring sensation of the body to consciousness? One worthy answer is that the envelope of consciousness sensation functions as a guard, a protection, a husk. It is a protected, sealed space in which the higher energies can be localised, blend, and be assimilated. Without such a hermetic container, they escape into the physical body, and cause various problems. But because it is a higher energy which is working through us, we are actually thrilled by the result: we feel that we are making progress, achieving insight. And I do not pretend that this is untrue. But it is also a danger, because the phenomenon which we enjoy in such a state can never take us to what is really desirable: change of being.

What I am saying is this, and I do not like to sound dogmatic, but I think that this particular issue is one which I have studied in myself over long years, and I can at least say this: when we work at the authentic Gurdjieff exercises, a higher energy is localised in us. If even a small part of that energy is not fully digested and assimilated, it will explode in the physical body, in accordance with the peculiarity and history of that particular body. In one of us, it will produce unusually sharp emotional reactions for minimal provocations. In another, it will lead to a burst of formatory thought about the work, and matters associated with it. It can produce unusual physical energy in one person, very vivid dreams in another, and so on.

Now, all these phenomena can be produced by other causes, and there is not necessarily anything bad in, for example, extra physical energy. But the phenomena depend upon the uncontrolled expenditure of the higher hydrogens. And it is uncontrolled, because if it is energy obtained from the Gurdjieff exercises, then it is due to a teaching designed to allow us to exercise conscious control. If one has a high income, and is thrilled by gambling it away over the weekend, one will have the vivid experiences of the casino, but will never be able to save their money.

One of the great dangers is that of formatory thought about what some call “esoteric matters,” although for such as us, in Gurdjieff’s terminology, “exoteric” is more accurate – as the exoteric is already beyond the ordinary circles of life.

In Australia, this phenomenon, of someone being formatory about the exoteric has a name: the person concerned is a “cosmic wombat.” Now I have searched for this online, but can only find reference to a game. But I clearly recall discussing it with someone, who had discussed it with others. I knew at once what was meant. The wombat is a noble, but ungainly and slow marsupial of the Australian bush. A “cosmic wombat” is a rather ordinary person whose head is filled with pretentious ideas of religion, the spiritual, or the mystic.

It is an awful fate, and all of us share in it to some extent or other. Youth is particularly prone to pretention. It can be forgiven in them, but they must atone for it in maturity by making that history and its traces passive.

What is more dangerous is when we suffer from it in adulthood. A good way to find it is to look at on-line chat groups, “discussion groups,” and “web communities.” There are certain signs which can hardly be mistaken. If you say to a cosmic wombat that Gurdjieff spoke of “conscious labours,” they may say with an attitude of having just awoken: “Is that what the Buddha meant by prajna paramita at Vulture Peak?” If a cosmic wombat reads the section on Skridlov, a connection is made with the moon, but not the moon we see, the secret moon which shines beneath that moon.

The connection is purely verbal, not with one’s own experience. It is directed outwards, into surprise and desire to impress.

The point of this post is that a careful preparation of the envelope of sensation may, I would say, certainly does, help us in avoiding this so far as we can. The new energies flow into their lawful place. They are assimilated, safely and productively. I had an experience not too long ago. Someone said something to me, and although I had not at all intended my reply to be sharp, it did come out with a slight edge. I think what I then did may have erased that impression, and I had to reabsorb the energy which had slipped out.

But I put it down to having spent quite some time receiving higher energies, and not having properly digested them. On other occasions, I know, it has produced in me the “cosmic wombat” effect.

There are other aspects to this, e.g. remaining within one’s atmosphere to assimilate the efforts to my nature. But that suffices for one post.