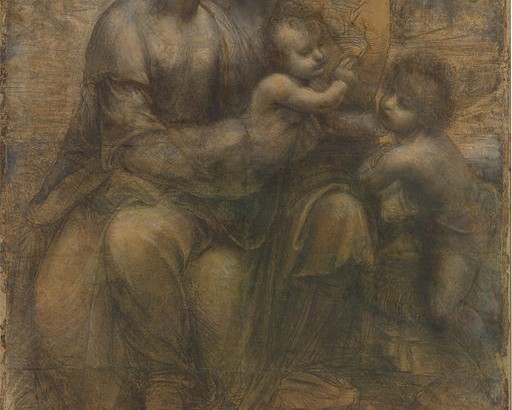 This question and answer come from Tuesday 9 March 1982, at Newport. The “question”, almost a manifesto, took around thirty minutes. The basic message of this marathon effort was how Will, the questioner, had tried to come to a practical aim for this year: to try and learn to contain something in both easy and difficult circumstances.

“One thing is clear from this,” said Mrs Adie, “I always blame my conditions. But my sleep is in me. I get lost in something, whether good or bad. So that is the centre of the gravity of it all: somehow or other I have to got to be more awake. You say, too, that in your preparation you are already taken by all these things: so you must therefore be starting before the preparation. How do you start the preparation? Do you begin with an affirmation of some kind?”

Will replied that he began with the counting exercise. The group had recently been given the exercise found in Life Is Real Only Then, When “I AM”.

“Perhaps I am not ready to start with that,” responded Helen, “if I am too much on the outside. First of all, I need to find a way inside. I have to begin by realising my situation. Not too many words about it, but you need to realise that you are in a very weak situation, and that you sleep all the time. The depth of sleep may not be quite what it was, because both in your head and your feeling you realise to a certain extent what is going on. I need this feeling of myself to be present when I am working at the preparation. So, what is necessary?”

“Many things are necessary. I have somehow or other to realise how necessary it is for me to be awake more often, because these things just catch me. To what extent can you prepare for them? Sometimes I can. If it is something which happens with one person in certain circumstances, then I can, to some extent. prepare for them. So in such a case, my practical work begins with an idea: that when I am with that person, I do not want to be caught, I want to be aware of something real. I want to be aware of myself, that all of these things are personality, and of no importance. But I will not let myself be caught, and let everything go out into it.”

“When it is bad things, which is perhaps not so often, then I need to accept that the situation is as it is. Then, when it is good things, my personality can be very pleased, and that can be legitimate: but I must not let the energy go in a sort of euphoria. I need to be objective and not lose sight of the situation because something flattering or favourable is happening to me. I must not let my dreaming part become anchored to it. I don’t believe all this rubbish. I hold onto some reality. I try and feel my force, so that everything does not go into it.”

“But everything depends upon the beginning of a preparation, because if it does not begin the right way, it will not proceed the right way. And before you begin the assisting exercise, there has to have been a certain amount of coming together.”

“What is the first effort, then?”

“It is an effort with attention: I have to have some control over my attention. I have to try and go inside. I make sure that I am quite relaxed, then I find that although my attention is still straying, I am not quite in the position that I was when I first sat down. When I find something to assist that, then I do the assisting exercise, but not until my aim is clear. I have to know what I am doing and why. I have to know my failure, my nullity, but also what I want to make out of this day for the next nine, ten, eleven or twelve hours. If it is possible to make a specific arrangement, then quickly go through who you are going to be with, and what you are going to do.”

“If there is some event coming up that you know of, then try and make an appointment, to remember at a particular time, but then you have to keep it. For example, when the children come home from school I will remember myself, and remember that I am working for them, also. Do something to remind you. Be standing or be seated when you expect them to return. But if it is the sort of day where there is little fixed, then make hourly appointments to remind yourself.”

“Plan small external things to remind yourself. It is very simple, but we don’t like the idea and don’t use it. I remember suggesting to someone that time each the telephone rang they should remember themselves, and when they spoke the first words into the mouthpiece, they should be present to how they were speaking. They rejected the idea altogether: they seemed to think that they were beyond that. But when I asked if they ever remembered themselves while they were on the telephone, they had to admit that they were totally lost every time.”

“It is so easy to forget, and people find the hourly appointments difficult to succeed with: but if I use them they are a very great help.”

After a short pause, Mrs Adie said to Will: “You have held this line for a while, and that is good, but now the more effort you make, the more you are capable of, and the more is demanded from you.”

Will then began a very lengthy and introspective conversation. The only important thing I heard him say in the course of it was that when he first read In Search, he felt that Ouspensky explained the vital “missing link”: that if you’re not there yourself, then nothing further can be done. Trying to help him find a clear and positive way forward, Mrs Adie said:

“For you, perhaps, the idea of having more force available to you, under your control, for the growth of what is real in you, is closer in scale. My life sees a lot of chaos, and a lot of personality. I know that I lose a lot of force: but which force am I losing, and what would I wish to do with it? Something like that may be closer to you.”

Will kept talking. And talking. When it seemed to be hardest to bear, Mrs Adie struck out on a most unexpected note: and this stopped him cold.

“Your personality has been too powerful for you,” she said. “Perhaps you do not respect it quite the same as you used to, but it has you in its power. However, you do have the possibility, even now, of being able to make a definite effort separate from it. You cannot change it, but you can separate from it. In the end, if you persevere, this will weaken it.”

“Try. Make a strong affirmative start in the preparation. Make a certain effort of will. Everybody is in the same position, but they don’t realise it.”

I feel that part of the possibility of the group at that time was that we had people there like the Adies who could sum us up, and say to us “Your personality has been too powerful for you.” Further, when they said it, you knew that they were telling the truth and that they wanted to help you.

Usually, each question and answer would take between six and ten minutes. Most would be within about eight minutes, so that in a one hour meeting, eight people usually got to ask a question, sometimes one or two more, and sometimes one or two less. Will was one of those people who rarely engaged in less than fifteen minutes of ongoing introspection, saying something, and then withdrawing it and offering something different. It could be pretty painful. Whenever I hear him start asking a question on one of the tapes, something in me starts groaning. However, equally, something says: “Remain impartial. Don’t identify. Don’t be too critical.” So to hear how Mrs Adie dealt with this person, the “rum customer” of the heading, was quite enlightening. There had been something objective about my criticism: but of course, that would not justify identifying to the point of negative emotion.

What, then, is a “rum customer”? Skeat, always the best authority in these matters, distinguishes two words: the Malay word for the alcoholic beverage, and the Romany word for “gypsy fellow”, or rom. From a gypsy point of view, this mean “good”, but looking at a young gypsy from outside the tribe, it expresses “queer” or “odd”. This explains why “rum” could mean both what was good and what was bad. Further, the meaning of the phrase “rum customer”, a favourite of Mr Adie’s, is not in doubt: it is a strange person who is rather difficult to deal with. Like the man asking the question in this transcript, the rum customer gives a particular impression, then when you try to engage with what he’s said, he tells you that you have the wrong impression, he didn’t use the word that way, he said that, but he meant something quite different. Or that report only concerned some times, it’s more often the opposite. And so on. It took a long time for me to realise that these rum customers would rather have the problem and the distinction of being beyond all cure than have a practical solution.

I had noticed too, even when I was at Newport, that tonight’s rum customer was one of those people who asked questions of Mrs Adie with a slightly different tone from that which we used in addressing Mr Adie. We were definitely more deferential to him, while with Mrs Adie, a few were inclined to hold forth at some length, and adopt a tone of some quality, as did this person, let us call him Will. But as is evident, Mrs Adie allowed him to see something of what manifesting, not with repartee, but with insight, with consciousness.

Joseph Azize, © Trustees of the Estate of Helen Craddock Adie