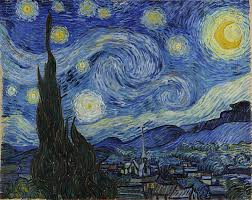 This piece was first published around seven years ago. I have made some minor improvements. I am shortly to follow it up with one entitled “Where We Stop”, which shall, I think, clearly explain an insight which came to me within the last month. (18 December 2016)

Gurdjieff brought a promise: the fourth way would transform people who were prepared to work (meaning here “make a practical study the ideas and methods, applying them in their lives”). Pupils of the fourth way would be in a school, and in these schools there would be esoteric knowledge. His people would be an ascending people, a people co-operating with the forces of evolution, climbing the stairs to the divine vision explicitly spoken of in “Beelzebub” and implicitly in “Miraculous”. Individual efforts would even have planetary and cosmic effects, a side given some emphasis by Jeanne de Salzmann. In addition to this, there was a social dimension: with his ideas and methods, Gurdjieff would make war on the old world of lies, suggestibility, and “reciprocal destruction”, and all their attendant horrors, and forge a new one.

The vision which we had when we came across the Gurdjieff ideas was that it would be possible to become something like what Gurdjieff had been like: vigilant, aware, resourceful, capable of working in many fields, full of knowledge and feeling. The picture of Gurdjieff in the books, especially de Hartmann and Nott, is of someone always connected with a higher level, so to speak. A life like that would surely be glorious whatever hardships came along, for unconscious suffering would be made conscious. Further, the entire group would be a leavening agent, an esoteric society of brothers and sisters within a host body. And if I chose to join in, I would be one individual in such a group, collaborating like brethren of one family, for a mutually understood higher purpose.

And why not? There had been extraordinary people in history, and here was Gurdjieff, clearly another one. And besides, religion promised a great deal, but had left us disillusioned. To many of us, being a Christian was too much like being in a French class where no-one could actually speak French, just deliver lectures about the theory, but forgot what they had just said or learned as soon as they left the classroom. As a young person, I never saw a single person change their character for the better except by effluxion of time or after massive shocks, such as a close escape from death. or by leaving the world, perhaps to become a monk or nun. This did not seem right: surely there must have be something transformative there, otherwise, it was a farce, a mockery.

But did even the Adies ever preside over such a school of ascending individuals growing in consciousness and wisdom? Although the Adies had a great effect on literally hundreds of pupils, not one of us, not excluding myself, is at their level. My experience of the Foundation groups in New York and London, while not the most extensive is still sufficient for me to be sure that it is almost always those who knew Gurdjieff himself who had achieved the most for themselves.

It is as if the real power left the Gurdjieff groups with Gurdjieff himself, and now they have inherited only the memories and the vocabulary (and not always even that). And that is the fact, at least as I see it.

So, I repeat my question, where are the Gurdjieff groups going?