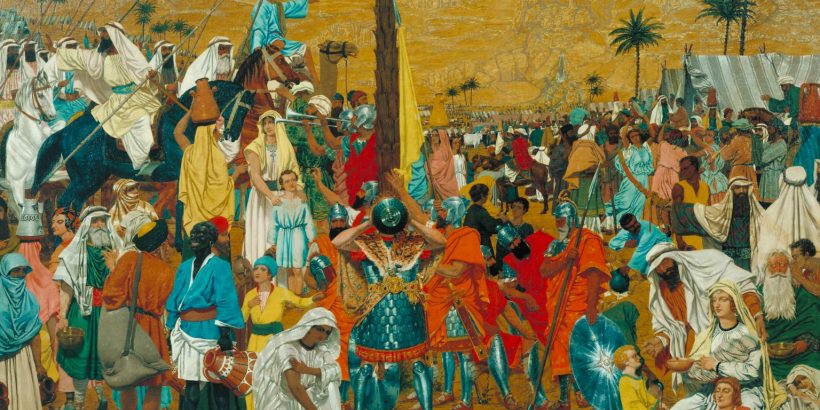 This is from the meeting of Thursday 19 March 1986. Mr Adie sometimes spoke of “educating personality”. It is a most important concept, but I have not come across it on any transcripts. However, it is alluded to here. It started when a young man whose voice I can’t place said that he had felt that some of the observations people were bringing to the groups are trivial.

“They seem trivial to my ordinary mind,” said Mr Adie, “which shows that I bring my ordinary mind here. I have no choice to start with: I have to come as I am. I know by moments. I know my history. I know there have been moments where I understand a bit more. I have a certain knowledge, it is not always available to me, and I may not even know what it is. But I know that if I look I can find some knowledge which comes from higher mind.”

“When I come here, I may, at first, consider what is said to be a triviality. But having noticed that, I am quite capable of making a deeper connection once the sense of triviality is seen, and I see that I come and I am in that level.” Mr Adie clearly said “in” that level, not “on”. However, in the next sentence, he used “in”.

“So you are on the level of triviality. You project your triviality, you see. These questions of which you speak are not trivial, they are the best questions that people can bring, because our work is of the subtlest, most difficult kind, so it demands the simplest approach, starting with the simplest observations. Anything involving complicated questions is immediately suspect.”

“Do you see that?” He must have shown agreement, because Mr Adie continued: “So you want to free yourself from your ordinary ready-made answers and your logical conclusions. But don’t forget that when you came you thought that the questions and the comments were trivial. Don’t forget it, because you want to be free from that. This is a very dangerous possibility of misunderstanding, and it will be around for a long time, because it really takes a long time to digest, and to educate all my inside, and to be aware, generally, of a more understanding.”

That is the allusion to educating personality, which I shall expand on in a future article. A little surprisingly, the young man then made a comment which presented quite a different picture; he said that earlier that night, when he considered the others in the group, he had felt a deep sense of remorse about his judgment on their observations.

“One can take this as a warning, almost a proverb: “Beware of seeing triviality in others.” If a sleeping person sees people identified with something in which he himself is not interested, it always seems unimportant, if not worse. But really, this impatience with the concerns of others means: “I am sleeping, don’t disturb me. Shut up”.”

Of course, this judgment of others in the group and also of the responses to their questions, can have many causes. None of us has ever been completely free of this arrogance. But it is the education of personality to which I shall return, and this question serves as a good example to take.