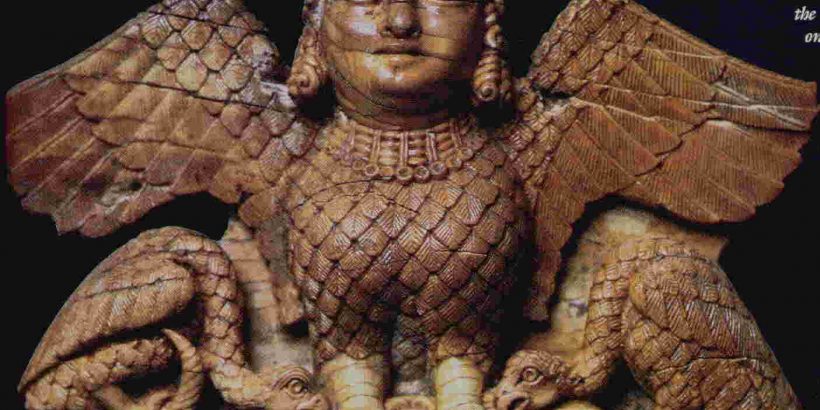 The education of personality eventually becomes of the utmost importance in the work: one can and even must experience states of relatively good collection, and be encouraged by moments when higher centres are connected with the lower. But these can only go so far, and can actually lead to frustration and perhaps despair, if one does not educate personality.

Without the education of personality, instinctive centre will not allow access to the higher centres for the perfectly good reason that we would be dangerous if we had access to them before we were sufficiently mature in personality.

In a future article, I shall deal with what I think are Gurdjieff’s two specific tonics for the education of personality. But first, it is necessary to paint the picture, and perhaps no one does this better than Ouspensky.

For The Fourth Way, Mme Ouspensky directed a team to gather material from Ouspensky’s lectures on essence and personality. The introductory material on pp.78-79 is critical as explaining that this division (essence and personality) is of a different category from the understanding of man as a being with diverse centres, and that is again in a different category from the theory of man as a being with many “I”s, and that in turn is differs from the seven types of man, and so on. Each type of analysis must be understood in itself first, at least to a certain point, and then perhaps they can be placed in a larger and unified perspective.

The category, then, of essence and personality should first be considered apart from any other, and not confused with the concept of “false personality”, which is quite other.

Our starting point must be the definition: “Essence is what is born in you, personality is what you acquire” (p.79). What is born with us includes our body, and, speaking in a general way, our health, inclinations, predispositions and tendencies. However, these can be affected by personality: e.g. I can have plastic surgery, and I can acquire tastes which are not natural to me, and even harmful for my essence. Even, as Ouspensky later explains, the ability to withstand bad weather can be in personality: essence by itself might try and escape, but personality can make me adapt myself to it.

Personality in itself is: “… what you acquire in the course of your life: views, opinions, words” (p.79). Significantly, it is often easier to see what is essence and to distinguish it from personality in other people. I take the example of the boys I went to school with: we all say that we haven’t changed, because we saw each other for so long that we saw what was essential each other, and realised that the changes the years have brought have chiefly been in personality.

The first question asked, in this extract, was whether essence could be added to and increased. To this, Ouspensky replied: “Yes, but it can be done only if personality becomes educated and ceases to press upon essence. Personality is too heavy, too strong; it surrounds essence like a shell, so nothing can reach it directly, everything has to pass through personality. Essence cannot grow in these conditions, but if personality becomes more transparent, impressions and external influences will penetrate through it and reach essence, and then essence will begin to grow” (p.79).

The first thing to note here is that, as we are, impressions do not reach us as they should (I emphasize “as they should”), because they are received in personality only. This, I suggest, is because of the wrong work of the formatory apparatus (the lower mind). When every impression is processed by lower mind before it can reach essence, essence is deprived of much of its nourishment. We should not exaggerate: something does get through to essence, but only enough to keep it going for the purposes of Great Nature, not enough for our own conscious development.

I will only pause here a moment to suggest that this may be one reason why it often does not hurt, but even helps a person to leave the formal Gurdjieff groups: while in the group, one may be too much under the influence of other people and their opinions. Neither is there any guarantee that by leaving that group one will become freer of anything except perhaps a particular person’s opinion (and even that must be worked for). But the separation can allow one a better possibility, perhaps, of freeing oneself from hypnotism to the ideas and the methods, and keeping only what one has made for oneself. In other words, leaving a group may offer the opportunity to see what one has acquired for oneself.

Ouspensky was then asked about how to weaken the shell of personality. Before doing so, he cautioned, one must prepare oneself. Personality has its uses. One of these is that it protects us from outside influences which otherwise might be too much for us. For example, and this is my own example, one often has a sense of one’s own rightness when one is under attack. This sense, even if it is pig-stubborn, can protect us from gullibly accepting everything thrown at us. That, considered in isolation, is beneficial. Later, perhaps, one can reflect and see where one could have been wrong. Mr Adie once said to me, when I said that I seemed to be suffering from considering worse than ever, that when I had come to the work, something in my personality had been so arrogant that it was untouchable by considering! As that had weakened, I had been opened to considering, but even that was an advance, he said. And incidentally, I realised later, that is part of the reason why we need a teacher who understands what he has been through, for perhaps only such a teacher can protect us when our mechanical defences start to fall away.

Yet, the end of Ouspensky’s answer must not be ignored: “But there are many things which we could control but do not control now. That is the right way of thinking about it” (p.80). In other words, even if we need personality, we do not need as much of it as we have now!