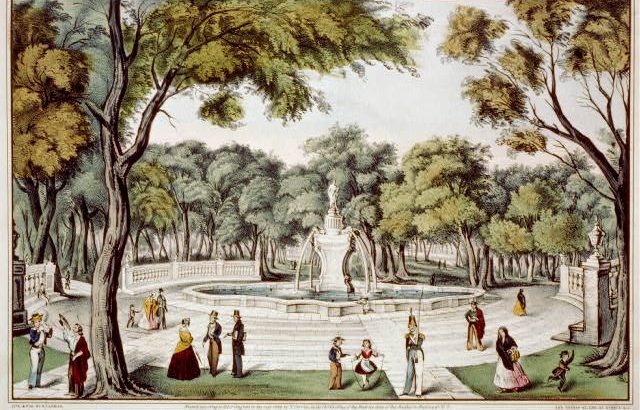 These two short exchanges contain some gems. The first has the extraordinary idea that we can ruin the effectiveness of our observations by reflecting on them at the wrong time or in the wrong way. This is critical, because it explains how we can see so much about ourselves, yet in some ways become worse not better, more asleep not more aware, and it points to the solution. The second has some basic information about the effort we make when we plan to use intentional stops during the day. Both are from the meeting of Thursday 12 June 1986.

Jacob said that he had had a good preparation on Sunday. Until then, he had thought it was impossible to perform the exercise of dividing his attention while eating, if he was having breakfast, because his son was present at that meal. But on Sunday he had found that it was possible, and he had many good impressions. However, he had been affected by what had happened here on Saturday, and his recollection of that kept coming back.

“It was most unfair,” said Mr Adie. “Totally unjustified.”

Jacob then moved on to another observation. That morning, he had put aside time to do the paperwork, but he had in fact spent the whole morning making a soup. He saw that he had in him something very obstinate, and that this was related to how when he was young he never wanted to do homework.

“It is entirely a different type of obstinacy: it is more passive, the other is a reaction against.”

There was a pause, then Mr Adie continued: “Be careful how you preserve this observation: it is a valuable picture. Don’t take it out at the wrong moment, and get it blurred, and mixed up with a lot of other thought. But if I look at it the wrong way, or consider it at the wrong moment, when I’m feeling sentimental, something in me forgives myself. That’s what I mean by saying that it becomes blurred.”

“It’s very valuable because it’s true. Try and reserve it. It’s a tool. You’ve seen yourself as you are, or you see a habit, that now becomes a tool.”

“But you would blunt it if you add to it the picture of “the man who knows it”. You’re just beginning, you see? That would be an easy mistake to make.”

Then Giselle spoke. She had made a plan in the morning, but it did not work: she would remember the first stop, and then forget them more and more frequently as the day went on.

“Still, it was something. You have to make it and find that it was not enough. I cannot stretch my attention out non-stop, it is impossible. But I can think of strengthening my attention by deepening a moment of presence. If I make a plan to stop say, at each hour between 9 and 5, then when I come to the first stop, the deeper my realisation of my own attention, the greater the chance that, when I come to the next stop, the trace of that effort will remind me.”

“You can, as it were … predetermine an action by the strength of your wish.”

“Shocks are coming all the time, and if I put myself in a position to receive that shock, I cannot do any more. I have to go on with life.”

“I cannot say “fix now! I’m going to keep this thought”. Not for any longer than the length of a breath. That’s the length of my resolve. It isn’t that you’re weak or, as you put it, ineffective. As you see your effort needs more, you give it more. These moments of work become more valuable to you. You see that it is important to be there, and so you wish for that.”

“And it is a very good thing to use openings. Chances come before you go into a house, or before you go into an office, there is a door. If you said: “Now, before I pass that threshold I will remember myself.” There are all sorts of thresholds you can invent. And you can say: “when I come to this place or when I pick up the spoon, I shall remember.” There are endless chances.”