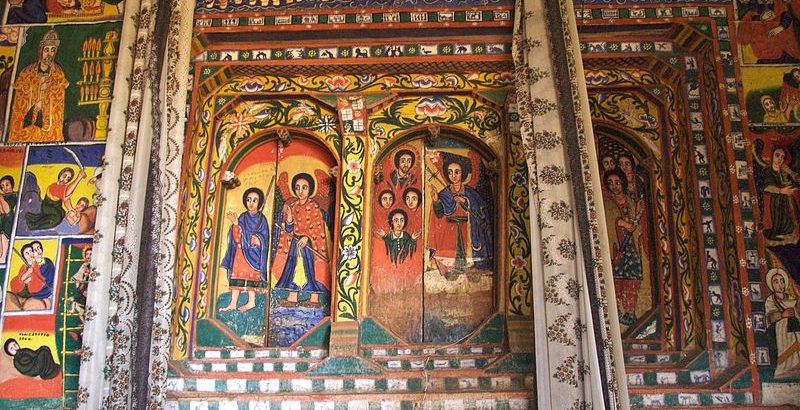 In this study of educating personality, we should bear in mind that the work with personality also affects essence, it allows essence freedom to develop and mature. Eventually, the seed of essence may flourish to become the organic unity which is real I. Being a seed, essence is vulnerable, even fragile.

Personality grows up partly to protect essence, but the guardian becomes too dominating. As Ouspensky is quoted to have said, in The Fourth Way: “… (seasonal and atmospheric changes) affect essence very much, and if one is surrounded with personality one is less affected.” (p.80) I think that an example of this would be the way that we steel ourselves for bad weather: we tell ourselves that we have to grin and bear it, that when we get home we can warm ourselves, etc. Ouspensky continued: “Change of seasons is a very serious thing for people whose essence is more open to influences. … the opening up of essence may be good, but it may be accompanied by many dangers. Personality is created on many wrong bases, but it is also a kind of defence.” (p.80)

For this reason, it is a fortunate dispensation that personality does not disappear all at once, but rather weakens only gradually. Essence likewise matures gradually, but changes in essence belong to I, they remain: “All permanent or more permanent qualities must depend on essence. When personality is educated and becomes less heavy, many qualities pass into essence and become permanent. This is how essence develops. In personality things jump up and disappear, but what passes into essence remains.” (p.80)

When Ouspensky was asked how we can struggle with personality, he replied: “It is not a question of struggling but only of controlling and educating. Personality must not have too much freedom. It must be educated in a certain way, act according to certain principles, work in a certain direction.” (p.80) I will pause there to note that this shows how important aim is. The formulation of one’s aims (long and short range) is critical, as Gurdjieff himself insisted. It is one of the weaknesses of many “groups” that they do not have the resources to understand the significance of this work and to help members formulate their aim, or even strive to do so. Of course, such an outfit is not really a group, but at best a preparation for encountering one, which is why I used inverted commas a few lines above.

“At present our personality is all wrong,” continued Ouspensky. “There is too much lying, deceiving oneself, imagination, negative emotions. All these things must be put right; only then can the machine work as it should. We have to work through personality; for a long time essence can have no practical meaning for us. If we begin to work on it consciously, certain things will influence essence, but not at once.” (p.80)

Ouspensky then returned, quite explicitly, to the critical nature of the aim with which one works: “Either you control personality, or personality is controlled by thousands of different ‘I’s, each of whom has its own ideas, its own views and desires. … When you have educated your personality, when it has become obedient to your aim, and begins to serve it, then it is useful and right. But if you have an aim in a certain part of you, and your personality works against this aim, then, naturally, it is not right.” (p.81)

The part which wishes to know, work and change is in personality (p.81), but I would venture to add that this can also be in essence, but for this, much time and effort is needed. While the desire to know, work and change is only in personality, it can all be lost and – what is perhaps worse – be distorted. It is only when these impulses have become essential that they are ours.

There are two aspects to the education of personality: first, study, and second, the diminishing of useless functions. (p.81) Through this line of work, personality becomes different, it becomes healthy. It does not disappear, but rather, it discharges its proper function, and allows essence to breathe and develop. (p.81)

In the next section, I shall pass to something Gurdjieff had to say, which I relate to the education of personality. But for now, I shall close with a comment Ouspensky made about how personality includes within itself many things which are unreliable, but also some which are reliable. I would suggest that this is important as indicating something at least of what the education of personality can involve (and also why a traditional education contained much useful material):