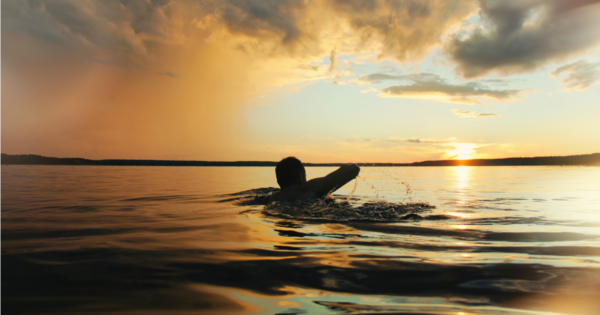 This is the third question I am posting from the meeting of Tuesday 24 June 1986. The man, let us call him Tim, who asked this question, had been in the group for many years, and had gained a great deal from it. His question expressed a sort of bewilderment at how he continues to get lost when making efforts, and has no idea why this happens, although he has been working for so long. I will set out Mr Adie’s answer in part 1, and make some comments in part 2.

I consider Mr Adie’s answer to be of the first importance in the all-too common situation where people feel, rightly or wrongly, that their efforts are useless.

“You are now working on a ground where there is the influence of certain efforts you have made,” said Mr Adie. “Do not forget that. It is not quite the same as it was. You are looking with more discrimination, and you are seeing more. So that is what you are speaking from. You are able to go deeper, and to be more aware of the moments when you are not there. When you make an effort now, you know more readily whether it has come about because of a prior intention, whether you have had an idea and been able to effect something of it, or whether the moment was due to an accidental connection.”

“Mechanical influences work on me continuously until something intentional begins to take part in my life. What in me is intentional, my “I”, can claim awareness of its own life, it can claim awareness of its own feeling, its awareness of a possibility conditional upon my being present. A real intention is something which arises within me. If a certain amount of knowledge and a conscious aim are not present, then I cannot speak of a process of “conscious living.” I now know that, but I had not known that before, and so I am now a better and also a harsher critic of my states than I had been.”

“These ideas are now not so far from you as once they were. They are evidence of my advancement towards a shore which I cannot actually see. I cannot know exactly where I am. Without this sort of evidence, I can imagine myself going ahead when I am in fact shooting backwards. I may be making slow progress but then lose a sense of my position, relative I mean to where I have been, exactly because I am no longer in that place and I have forgotten, or at least cannot precisely recall it.”

“I may be making headway against the stream, but not know it, because I am related to the stream in which I am. I need to be. Without the stream I wouldn’t even be able to move.”

“It is the addition of another element. Another element has come in: self-awareness, self-remembering, which takes the form of consciousness of the body, and is dependent upon that sensation with feeling and awareness in the head. If that state remains for a second, then I have the possibility of regarding life impartially without being eaten by it. It only lasts for a fraction, and then after that I have a possibility and an actuality – if that has taken place – of working with the influence of what I saw for a little while. Then another possibility, another moment if you like.”

Tim then mentioned that he knew he was often taken by identification.

“Well, there is a question of the form of the identification,” said Mr Adie. “In what form does it come? It can express itself in so many different ways. I can be taken with the very thought of doing something, and yet not realise that that is identification. I often do not recognise identification until an army of issues has occupied my head and my emotion. It is a very subtle, even a delicate work to recognise when identification is taking me.”

“I  do not have the strength to get back,” Tim said.

“If you can see that, it can even call you,” advised Mr Adie. “You require a state, and you have not made that state. Life moves at an incredibly quick speed. But once I get an impression, and particularly if I have thought ahead – I am going to meet my friend and he is going to start swearing  – I can be ready. I can connect with a different kind of attitude in myself.”

“I even have to understand that I am bound to be identified. Any awareness requires some small degree of identification. Supposing I want to take a mouthful of food: how do I know if I have taken it or not? I have to perceive the food, and the act of eating; to sense the spoon, perhaps. But I eat without that. I do not taste most of my food properly at all. So I see how simple and vital it is to have this harmless degree of identification.”

“I need to know all the different forms of sensation, the different kinds of experience, and what form is required now. For example, with regard to food, it is more the sensation than the feeling. That sensation does not depend on formatory thought, but on my taste. I can think of oats while I am eating apples. It is very interesting to think of one food while eating another. Have you ever tried it?”

“And then there is the effect which a simple question can have upon your eating. You are happily chewing away when someone asks: “Do you think it is alright? When you did get it?” Then you smell it for the first time and you are not sure you really want it.”

“It is marvellous to watch animals eating. A bird will look at it from this way, and then from that way. They will eat a little and then really wait to see what will happen. They are not subject to interference from formatory thought, so they are more careful about where they put their beaks. They will not put their beaks into filthy stuff, or even go too near it. They discern the quality of it, often from a distance. They are cautious.”

Part of the reason we mistakenly believe we are not getting anywhere is because, the more progress we make, the more we see that what we thought was awareness had in fact been sleep. And as we have ever higher moments of consciousness, with deeper connection between more centres, the greater the extent that even what had been “higher awareness” for us, no longer looks so high, and may even appear to us to have been rather shabby. This new perspective is itself a sign that we are moving upwards, said Mr Adie, so it should encourage rather than discourage us.

Because we are no longer quite as we were, we have forgotten where we were. We may even bathe the past in a sort of rosy glow projected from where we are now. Certainly, the tendency is to remember moments of consciousness or of pain, more than the flatter periods. And so we come to have a distorted recollection of the past and of how we were.

The next vital point which calls for comment is that I cannot know exactly where I am. Mr Adie’s analogy of swimming in a stream at night is very good, and I cannot recall him having used it on any other occasion. But if one takes that analogy it is obvious that one can be well advanced, suffer a knock back, and imagine that one has lost everything, for we are unable to see where we are in relation to the shore: we only know our position in respect of the stream. Incidentally, in Tchechovitch’s marvellous book, he has an account of Gurdjieff using the image of being in a house, deep in the forest, having responsibility for a cauldron which is cooking away, but being unable to ever lift the cauldron lid to see how it is coming along. I feel that Mr Adie is saying something very similar.

Then, Mr Adie makes the point that without the stream I could not move. Again, we forget, if we ever realised it, that unless there was a possibility of going backwards, there would be no possibility of advancing. So if we are discouraged at being swept backwards by the current, we should then remember and feel grateful that we are in the river at all, because all our possibilities depend upon that.

By the way, neither had I ever heard him give this task before: “It is very interesting to think of one food while eating another.” But it is a good one.