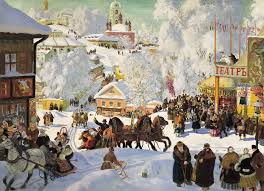 I was present at this meeting, and asked a question at it. I was surprised, on transcribing it, to see how much I had remembered. In particular, I have never forgotten the first exchange. It has been a warning light for me. On Thursday 11 August 1983, a young man (I will call him “Will”) said to Mr George Adie that Saturday of the weekend work had been a failure, and a dark mood had come over him, and he told himself that it was useless. That frustration stayed with him the next day. “That was just what happened.”

“But what about the frustration?” asked Mr Adie “What did you find out about that?”

Will said that on Sunday the frustration had  expressed itself in harsh gestures, and he snarled at his wife a few times, but didn’t get completely swept away, and by Monday, he was alright again.

Mr Adie wanted him to understand: “So you cried yourself to sleep. Do you see? What you have reported is the tale of a crying child that is completely unmanageable until all its energy is exhausted, and then it falls asleep. And then you say you that two days afterwards, you managed not to manifest. All that happened was that you ran out of energy for even the negative manifestations.”

“But now for the work: do you know what was it based on? What was it like?”

Will did not answer. But Mr Adie pressed the questions: “What is it that you bow down to? How are you going to try and deal with it if you don’t have any inkling of what it is? You have to arrive at a name, you have to recognise what sort of an animal … puppet, you have accepted. Nothing but a grand man? I mean you have to find it.”

“You come and submit to everything. If you simply submit in these conditions, then where are you going to learn? When it’s had its belly full of destruction, you gradually come to a semi-conscious state on the second day following. But that’s not work. There’s no place for that. So what is it like? What is it that gets nothing from coming here? Didn’t you see anything?”

“Well, I think that you must try and free yourself a bit in this meeting. If you give yourself away like that, the work is not for you. It’s simply going the wrong way, and if it’s really going to feed that devil, then I am afraid it will have to be switched off. I mean, that would be completely reasonable and equitable, wouldn’t it?”

Will agreed to that. “And you are in no way free now,” Mr Adie continued: “So I think you want to be quite quiet in yourself, and just listen and possibly receive some light, so that you can see what kind of a mess you’re in. Because you don’t feel it right. If you felt it right you couldn’t be like that. You just couldn’t. The fact that you’re willing to come and bring it without any explanation, without anything, means that you are still supporting it, really. Now, you’re not able to name the fault even now. You see, it’s a lie. You must know what some of the elements were. You couldn’t be completely ignorant.”

“Who is it that is prepared to come and talk as you have talked? When you get a thing like that, you need to prepare yourself.”

Incidentally, Mr Adie returned to Will before the end of the meeting, to make sure that his glimpse of himself had not turned negative, and that he was clear where his work lay. It was a lesson to me then, and it still is. I have often asked myself, what has happened here? Have I struggled with the negative emotions or did I just cry myself to sleep?