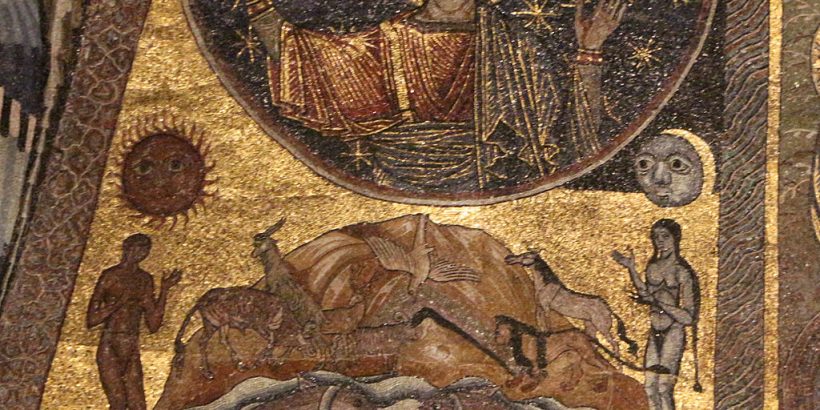 These three exchanges are from the rich meeting of Thursday 5 July 1979.

The sixth question of the evening was from Tim. He said that he found himself “in the grip of a particular emotion which I don’t understand, but which I desperately want to get rid of”. Mrs Helen Adie asked him some questions, and Tim offered that the undesired emotion was something like “frustration”. He reiterated that he needed an “enormous force somehow to get rid of it”.

“It is hard to get rid of it,” said Mrs Helen Adie, “because you are already in it. When you’re in it you can do nothing. If you’re only dimly aware of it, then there is not much you can do, because you are not so present.”

“If, however, you really want to be free, it means that you are not completely taken by it. The fact of the desire to be free proves that you have a certain freedom. But you want to increase that. And your best hope is being ready for it before it comes. Sometimes you know when it is going to come, for example, when you’ve tired, at the end of the day, when you have finished your day’s work. The finish of work is often a trap because you have been intensely identified all day. Or it may come when you feel a sort of an emptiness. There are many situations that facilitate this frustration.”

“If you could prepare for that very seriously for a few minutes, really, feel strongly your presence and the sensation of your body, then your head will be empty and related to your body. The head and the body live lives of their own. But if the head is really related to the body, there are no words. There’s consciousness, and even a level of thought, because the two are engaged, but for a moment, no words.”

“As long as you can, try and maintain some of the influence of that. You don’t remain there; it’s unnecessary. It’s very, very difficult indeed to maintain anything, but it’s not impossible. Not at all. But I think you have to prepare before the moment of testing. When it has arrived, you do what you can. You will do as much as you can. You have something which is very hard to sacrifice, but also something which doesn’t like it. Why should this frustration stay of it serves no purpose?”

Tim took that as a question to him, although it sounds to me as if it may have been rhetorical. He replied that “it’s totally irrational.”

Mrs Adie said that it might be irrational, it might even be crazy, but she was not prepared to accept that as a fact. That, she said, a “supposition” Tim had made, but she was not yet sure what was behind it. She continued: “You suddenly find that you have this feeling of frustration. Maybe it’s an awakening to a certain extent. Perhaps you are not enough behind it, but it may show that there is some strength of wish to live a different life, to live more in reality.”

“If it is that, and if you have experienced that strongly enough, then a wish to be free from these completely imaginary and very destructive things becomes much stronger. If there is enough of that, you may awaken to it and – without any dream in your head about it – you feel this extraordinary force which is present in you. And if you can, at that moment, then confront that feeling of force with some feeling of your own presence.”

After a slight pause, Mrs Adie continued: “You don’t try to think of it as two different things. That complicates it. But you try to experience that force in a quiet way without any thoughts justifying you. Don’t expect anything from it, but something can take place, some sort of suffering and then it becomes stronger. If there has been present useless suffering, then it can become suffering from which you can get a much higher energy: it can be transformed. But don’t imagine it be transformed. That is the aim, very far away really but transforming negative emotion into positive emotion is our big aim. It is a big aim far away, but there are steps along the way there.”

After another slight pause she added: “But your head will always be very much against this effort.”

Then a lady asked a question about an exercise they had been given, and how when she felt a “quieter feeling”, she felt that the effort had been truer.

“Yes quite right”, said Mrs Adie. “It’s a strange thing, but what we call “activity” is really passivity. Activity is something very quiet, because we are active inside. All this knowledge and buzzing that goes on in my head I passivity. When the head is active it is quiet. The same thing with the body.”

That then provoked a question from Jake who said that he was working as a courier, and was always in a hurry, and identified with his work, so much so that if he arrives somewhere and someone is parked where they shouldn’t be, he becomes irritated. He had noticed that when he stopped at a set of lights in his courier’s van he would automatically assume the posture of being “a professional driver”. Today he had made a plan that when he alighted from the van, and had to walk, he would not run, but rather walk, “and just be quiet with presence”. But then, when he had been given some urgent jobs he had started running, excusing himself on the basis that it was urgent, even though it made no difference to the job. He concluded, then, that the plan had been wasted, as he had himself ignored it.

Mrs. Adie did not agree: “If you hadn’t made that plan, you would never have seen how you disobeyed your own instructions, and how your head excused it. You wouldn’t have seen your head justifying it.”

“So it was worth it. It was a good idea. It was a good example of how there is so much that one can do. So many different things I can choose rather than simply follow one’s own inclinations. It may seem a very small thing, but it’s significant. You decide not to do something in the automatic ordinary way. It means that for that period you’re more likely to be aware, to some extent, of how you are walking. Sometimes you will forget all about it, but then you can look back and find what had taken you. And as long as you are following that plan, it’s possible to be a little bit more present. Something small like that can awaken you. And it’s small enough to be manageable. There are so many things we could take, walking, sitting, standing, eating, using our hands. We’re so devoid of ideas because our formatory apparatus is not made for coming up with them, only for labelling.”

“This type of plan is not anything that is going to hurt our ego very much. It’s much more difficult if it does. Sometimes it’s a good idea to do things that are more possible. It’s much more possible to keep this feeling of presence and one’s sensation and a more real part of one self, and the part which only the more real self can occupy. It is absolutely possible for anybody here to make such a simple plan for a certain period of time before we forget. It’s not impossible, what is much more difficult is if you are studying something. You can’t divide your head attention enough, and you need your head attention at this stage, Even harder, what is extremely difficult, but not impossible, is when you’re engaged with people, or talking to people. A certain amount of attention can be kept for a short time, and it can be renewed from time to time.”

“One needs to try all these, try different situations. There is nothing that stops you really except that you don’t want to. You have to accept this idea and realise it. When I say you don’t want to, I mean unreal part of you in which we live, let’s face it, most of the time.”

In Mrs Adie’s answer to Tim, there was, I think, implicit the idea that it is a useless expenditure of energy to long to be free. The point is to exercise the freedom we do have, small as it may. And we do have enough to enlarge it, because the very desire to be free proves that.

Her words about our condition at the end of the working day are very true. In fact, they were startlingly clear and fresh when I heard them. How is that we have all been in this situation and yet not seen so clearly that our condition when we knock off is so hard not only because we are tired, but because we have been identified all day long at work. This leads to the very practical suggestion that I prepare for that situation (as Mrs Adie advised) and specifically that I prepare my plan for the working day so that it includes reminders not to be so identified, and to work with my returning home constantly in mind.