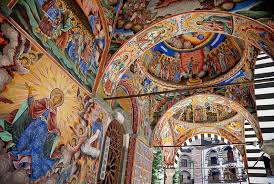 A friend has drawn my attention to this remarkable article: “The Data on the Death of Religious Orders”, by two academics, Jack P. Oostveen and David L. Sonnier, at https://onepeterfive.com/data-death-religious-orders/

That article is lengthy enough, but the fuller article is available here: http://www.ecclesiadei.nl/docs/fruits-of-Vatican_II-part_1.pdf

The findings are startling clear: the decline in vocations to the religious life began between 1963 and 1966. The more traditional orders have been the only ones which have escaped the overall pattern, which is one of decline. The pattern was not in evidence before 1963. On page 9 of the fuller article, they state: “During and immediately following the Second Vatican Council, a sharp decline be- gan that, with a few exceptions, continues to the present.”

What does this pick up show? It indicates that a minority of orders, and especially some founded after Vatican II are growing at rates which offset the growth in the others. At p.12 they conclude: “Approximately 25% of the religious, including a number of religious groups founded after the Second Vatican Council, compensate for the average decline of the 134 religious congregations that represent about 75% of all religious in 2014.”

When it comes to order such as the Jesuits, it seems that with a decline of 52.8% in just over 50 years, they are in severe trouble, and that even the absolute numbers they enjoy today are the result of the boom years which peaked in the 1960s, and by 2070, they will – on present trends – be extinct (p.25). It would be interesting to see a break-up of the Jesuits by age.

While the authors note that the number of Benedictines is overall decreasing, they hasten to point out that some benedictine establishments are growing, and those who know anything of the Order, will know that the growing buds are the most traditional of all! At p. 16, they say they know of: “… Benedictines, within which there is not a universal decline. Notable exceptions would be the foundation at Fontgombault and the more recent daughter houses at Barroux and Clear Creek. Our Lady of the Annunciation at Clear Creek, Oklahoma, was founded in 2000 with 12 monks and now has over fifty, with at least a handful of teen-age monks at any given time.”

From p.20, the authors review the data available for priests. They show the same trend of increase up until Vatican II, and falls afterwards. On p.22, they set out the details for nuns in the USA. Their fortunes are as bad if not worse than those of the Jesuits, taken as a whole. On p.23, it is shown that the absolute numbers of Catholics is growing, even if not at the same rate of world population. This has the sobering effect of showing that if one considers the slightly better vocation rate in its relation to the growth in the absolute number of Catholics, then the proportion of religious among Catholics is still declining.

One of the advantages of the article in 1 Peter 5 is that it has comments. These include a correction by the authors (one of the charts was wrongly substituted for another, and the right one is in those notes), and some very interesting anecdotal evidence about the fruits of the Tridentine (Extraordinary Form) of the Mass.

It is not possible to prove that the decline is due to embracing the spirit of Vatican II and the liturgical changes, but that is the authors’ argument. I don’t think there is any need for me to comment about this further.