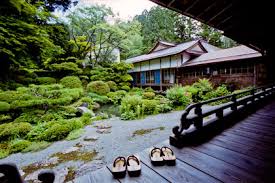 This continues the questions and answers from the weekend work of Sunday 6 April 1986. This question was from Kitty, who had been in the kitchen, and decided to take the suggestion of sometimes doing a job the way someone else does it.

“Well,” said Mr Adie, “it depends on your aim with that job, at that time. It could be that your method is better. If you’re stringing beans, and they’re taking half an hour over one bean, lunch is unlikely to be ready on time. On the other hand, if your sole aim is not to get irritated, then perhaps you succeed by using this slow method. However, then we don’t get any lunch. We have to be reasonable and practical in life. So you can’t just automatically say that where there is a conflict I will do what the other person wants. I need to be there to decide. Which considerations am I going to serve?”

Apparently by way of explaining what she implicitly serves, Kitty said that she saw a “fixed officiousness” in herself while working.

“But the thing is that I have no choice about it, I am just used by circumstance. If I see that, then I can wish not to. We do have some choice, not whether to wash up or not, the washing needs to be done, but to choose whether or not I am there while I am washing up. I need to be able to judge for myself how intense an effort is needed at any moment, how much thought I need to give in advance to each event of the day.”

The next exchange was with Kim, who said that he had tried to have a moving stop, but was “completely taken”.

“Taken by the thought?”

“That is why I said that one can think of sensing one’s knee, and yet only think of it, without having the sensation. One just tries to experience the moving stop. Don’t give it words. Every possibility of attention is increased by the degree of my presence. If I have no presence, I have attention at all: I am simply a material with a kind of animal life in it, being pushed around by circumstances and history. History is everything which has ever happened to me, and the circumstances are the combination of all our histories.

To be able to experience that can take many years. You can read about it in books, and talk about it, but to actually have divided attention, and some recollection of my body, some feeling, and some thought, takes many efforts. It takes so long because I have to learn to divide my attention. I can learn pretty quickly that I do need to have sensation of the body because otherwise the body just marches off on its own, but my attention is my life. No attention, nothing is possible. Any without any attention, anything is possible according to the law of accident. Any accident can happen.”

Then Rick said that he had noticed a feeling of condescension in himself as regards his partner. It upset him, which is unusual, because it usually doesn’t affect him. But a little later, it was different. He had “a feeling response to seeing it in myself”.

“Good. In some way or other, your state is not so dense. You are more there, and some feeling was there to help the understanding. I seek something in the direction of what we have been trying to express. Our work is very miraculous, very mysterious, very elusive because we have always lived under a different set of rules, and another set of ideas. Now we want a still further set, but of a different level, which involves some quiet attention, some division of the attention. There must be some intention as well as attention: and I need to be present, to a certain extent, for that flash. You can’t keep all that in your mind.”

This exchange, the last for lunch, was quite short. But it was important because of the observation: this was a person who, as he himself said, suffered from a tendency to arrogance. Of course, he was not responsible for it, but he was responsible for taking steps about it, just as we may become sick through no act or omission of our own, yet we are responsible for taking steps to restore our health. However, he was able to see it, and for a while at least, make it passive. Really, we did not understand what we had at Newport with the Adies.

After lunch there was a question from Jenny, who said that the idea of the moving stop had been something to aim for, and helped her during the morning.

“Yes, it sort of put a spoke in the wheel. It may be very little, but you don’t know what an enormous difference even that amount will make to the day. If you remember the comments which were made at lunch time about the depth of the sleep, and how people really disappear, they just are not there. Then, the experience, even to a small degree of controlling one’s state, just in a certain direction, is an enormous thing. In one case, I am completely annihilated with no choice at all. In the other, I am still beset, but with some volition. I am there to that extent.”

“But if I can survive, and even profit when I am beset by negative emotions, then that is very profitable. Anyone can do it when things are going well, but then my only resistance then is sleep. Certainly, consciousness has to be paid for, it has to be struggled for. Well, relax now, see what is brought, and be attentive: there may be some new connections.”

Jenny added that she found there was a connection between the stops and when we stopped for a moment or two.

“It is like a doorway: you know how it is said in the holy book we heard of tonight: “Lift up your heads, O ye, gates, ye everlasting doors.” Fancy calling a human being an everlasting door! It is because he is opening onto the sun of knowledge.”

The next question was from Gary, who had been touched by something during the day and said: “I now realise that I have never appreciated the conditions here.”

“You can’t arrange it yourself, and you can’t arrange to have other people there, working on the same line. So you see how important this inner fleeting moment is. I have a fortnight before the next weekend work. All that time, an enormous number of possibilities. You, beyond any doubt, because you still have the ground for negative emotion. Each time it comes, try and be quiet. Use it. You can almost be grateful that it is there if it reminds you. It sounds extravagant, but it isn’t.”

Gary said that he could open to something like a blade of grass, or a fern, but when it is a person, there is a difficulty.

“Yes, but you have to be practical,” replied Mr Adie. “There are two levels less in a blade of grass than there are with a human being. You can have a greater contact with a cat or a bird than with a blade of grass, and with a human being, of course, still more. One of the features of being open is that you correspond – you are impartial. I can feel more open to a blade of grass because I can correspond with that form of life without any challenge to my impartiality. Surely that explains a lot. You might see a rock, and that may also be a harmless form of life. Have you ever had a relationship with a bull-ant? It can raise itself up and look at you, as if to say: “Now, look out! I am here!” It is a fuller contact than what is possible with a blade of grass. You see something living, and organised, with some seeming intention about it. It is not intention, exactly, but a series of very well balanced roles.”

“I was searching for a contact,” said Gary, “and could not see how I could have been so lost.”

“Yes, but I need to see it,” replied Mr Adie. Much of what he brought was on how we only acquire knowledge and understanding not by being informed by others, but by seeing for ourselves.

“I have to also find the previous step. If I don’t see it coming around the corner, I shall always get caught. Now it can awaken me, because it is against my aim, but it would be better yet if I could sense it coming, so that it didn’t have the start of me.”

“See, one of the aspects of the state which is possible for a flash of a second is impartiality: let everything be as it is. Otherwise, I always have some wish that something be different. But then for a second, I accept to let it be.”

“Now, it seems clear at the moment, but how can I work back to that when I am beset with difficulties? I wake up with a back-ache I have some bad recollections, but yet the day is there. How can I relate to what we’re talking about?”

“I see that I have  to go to the body. You said that you were, to a certain extent, aware of yourself. Awareness of my body, awareness of my breath. Don’t omit the remembrance of the fact that everything is a gift, that life is a gift, that the body is a gift, that the impressions are gifts. Everyone here is laden with gifts. And I have to bring the initial gift of the possibility of conscious development towards these, so that they correspond. This is the Being-Partkdolg-Duty. To understand, that it is the duty of the being for being. What is a being-duty? It is a double-duty: the duty of the being … for the being.”

“This is the concept “Partkdolg” duty, It was the absence of this which enabled them to merrily destroy what had already been established. No idea of working for being. This is what the Work is. Just that. The Work is the receiving of gift, and the response to it. The Work is the work on myself to be able to fulfil the possibility, which is the initial gift of life.”

“Don’t forget that the Tetartocosmoses were the first ones who were granted the possibility of serving the Sun Absolute, by returning a finer material to guarantee the non-diminution of the Sun Absolute.”