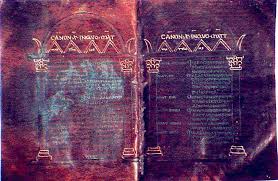 In this exchange, Patrick said to Mr Adie that he was working on using the criticisms he makes of others to remind him to be present. It has had a “limited success”.

“What do you call a limited success in this case?” Mr Adie asked.

“A feeling of being free of it, not believing the criticisms.”

Mr Adie accepted this: “A little tiny step towards sanity … towards balance, towards impartiality. Little. And then, have you had any sort of inkling of the nature of the creature that makes the criticism. What sort of magnificent Patrick is it? What is it you criticise? The lack of intellect, the lack of perception, the lack of moral force, the general idiocy?”

“I criticise people for their lack of genuineness.”

“Genuineness? Can you detect that?”

“Well, the part of me that makes the criticisms thinks it can.”

“It is just that part which can not. I cannot tell what is genuine or not with that part. This is important: I still rely on my critic, and I call it my criticism. It is not to be relied on. I am already interfering. You don’t think you criticise this person and they don’t know it? You are already stirring around their pride and upsetting them. So you don’t see reality at all, you promote the reaction which you then criticise. And so you come to your completely unfounded confusion.”

I will interrupt Mr Adie’s answer to point out the significance of this comment, so easy to miss. By the very fact of having our criticisms, said Mr Adie, we are already interfering with – that is, harming – the one we criticise. In this way our criticisms and negative emotions towards others become self-validating. But most of all, they are unconscionable. He continued: “You have to be stripped of this idea that I can go into a laboratory of experiments and try this and this and this. I have to come back to myself and work on my knees, really.  Be on my knees, otherwise I cannot do any work. Now what does that mean? It doesn’t mean being mock humble. But it does mean to say recognising that I have no reality in me which can justify criticism, such as I use. So I have to be present really wishing to see what goes on: I have to be available to see.”

“Of course, the more I am present, the less it shall criticise. So it is a bit tricky. If I have that wish, then every now and then, something that is contrary to my wish shall come up and shall awaken me. At that second I get a glimpse, because as I awaken it disappears. My thoughts, my habits, are not going to parade around in order to get shot down – not at all. In one second, they are out of sight, and they wait. Possibly another lot come on.”

“There is another aspect –”

“But we haven’t finished this aspect yet. This is important, to see. We haven’t yet come to the conclusion yet. What is the conclusion? Do you see the need to work in a different way?”

“With a different feeling, with some sort of self-feeling? See, if you could get to some feeling of yourself you could be free from superiority and all sorts of concepts, moral delinquency that hover around me. You could be free of that, you could come to yourself and I could see what I need. Otherwise, it’s wiseacring: different I’s talking about the Work and talking about this and that, without any wish. It’s based on the idea that I could alter things, or that I have a choice in the matter. But unless I am present, in the right attitude, I have no choice at all, no chance.”

“It’s only another kind of ego that is mixed up with Work ideas, but does not wish to actually work, and a terrible lot of that goes on. That is really a very terrifying aspect of the Work. People make experiments, and talk about observations, but there is no work. It is very possible. It is connected with what I said to Silvio.” (see part II)

“It’s very simple: if I am serious I can do something, but if I am not serious I cannot. I think you need to be more serious, more quiet interiorly, not so much in the mind, and the intellect, because when you speak about this criticism, you don’t sound as if you’re engaged with your own observation. It sounds like one of “Patrick’s prerogatives”, after all, he is a very accomplished man, surely he is entitled to a little criticism. With all his past achievements, a lecturer and all that, a certain amount of criticism is reasonable. That is your position, but it’s completely false. There’s no substance in it at all. It’s just nothing.”

“If you can sense your position there, you will have a different approach to a very different ground. It is a ground that quakes beneath your feet – agreed! But at least that is very preferable to this crystallised self-satisfied ground, self-approval, really good, sleek conceit, you see. Like a solid hair-oil; not the liquid type you get in bottles, but the really solid stuff that comes in tins. Vaseline. Real good stuff. You put it on and you can’t move your hair after that.”

“Of course everybody’s stuck with a conceit, they can’t help it. They often don’t suspect it, but it’s there, particularly in my relations with others and my criticisms. You see, you’ve got a lovely subject there.”

“What was the other thing?”

“I think it was wiseacring about …”

“Alright, you don’t wish to pursue it. Now try and see, this is terribly important, we can all come here to this very group, and we can wiseacre. And sometimes we have been. But by now we should be coming here and having deeper experience of sensing our need, our inevitable need for a different ground. The weekend work is a big help.”

“I think,” said Patrick, “that the major criticisms are the major pretences.”

“Perhaps, but it’s best not to elaborate on it right now. You’re bung up with theories about what other people should do, and what they haven’t done, and what you should do. All this sort of story, and you’ve got quite a hard work there to find a different ground. I don’t say this to offend you, but you have no idea of how conceited you are. Not really any idea. It is like an onion skin, but where you remove skin after skin and there is still plenty left. But why be cast down? I have to try, and begin from a different angle. Do you agree?”

Mr Adie put a lot of effort into this answer. Patrick left, and many years later returned, just for one afternoon. He heard a recording of the Wednesday night combined meeting, and I never saw him again. I did see something he produced which gave me the impression of a certain self-satisfied mania. That may not have been the reality, but it was my impression, and I was not predisposed against him. When I think of it now, I still think that this production was, at the least, doubtful. It makes me wonder, sometimes, about the value of one’s experiences, and what happens to them when one becomes deeply immersed in the world. Are they helpful, harmful or neutral?

There is just one more thing: I have come to the certainty that it is essential, for conscious development, to be present to one’s thoughts, and that this will include being present to one’s I’s. It means that at least sometimes we see them not only as they are, but as they change places. That is, I can wake up inside one I, and if I do, then I shall see it vanish, too. But it is also possible to awaken as one I is swapping places with another. This produces the strangest feeling. The concept of the many I’s is so basic to Gurdjieff’s ideas, and we have heard it so often, that we take it for granted. But if we were actually conscious of it with a higher part of the head than the formatory, it alone could shock us into a state where more feeling is available, where at least three brains are consciously harmonised. One word more, when I speak of “feeling”, I have come to what is I think a significant refinement – the “feeling” of which I speak is a feeling love of being. Or you could call it, love of presence. I know that “love” is a big word, but it is at least in that direction.

In the next part of this meeting, Mr Adie returned to Patrick: http://www.josephazize.com/?p=1147

The illustration is of the Codex argenteus. This is a 6th century copy of the Bible, in the Gothic language, written in silver and gold ink, on parchment which had been coloured purple. The story of the codex, which was unknown for one thousand years, is astounding.