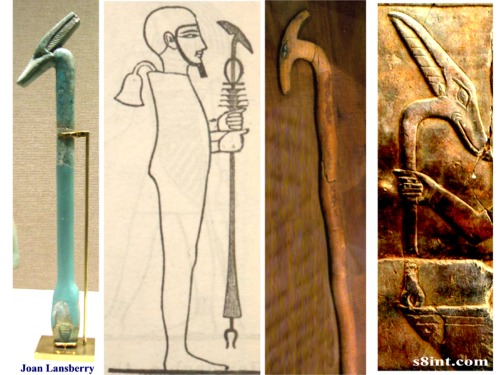 This is Mr Adie’s morning address of Sunday 19 October 1986.

In the work here, on Saturdays and Sundays, it is essential, really, that we pay more thought, and understand better, the external work which we do. This work, which we don’t choose, for which we have not selected our companion, all starts outside of us, and gives us a chance to encounter circumstances which, in the ordinary way, we don’t arouse. We can’t arouse them in the same way by ourselves, so it’s a very rich time, but we need to make more use of it.

Supposing I do a piece of bad work: I split a piece of wood or something. The tendency is that I excuse it by saying to myself: “I’m in a hurry”, or “someone interrupted me”, or “someone took the better tool”, or “why did I have to get the hardest job?” I never realise that all the causes are in me. To blame the outside is rubbish: anything to evade a real responsibility, even for the smallest mess. And we’re making little messes all the time. No one’s work is perfect. Every now and then a competent full-time bricklayer will lay a brick which is not quite in line with the others.

When we come here, then, at lunch, we often bring our questions, but we haven’t really thought about them so much as we could. One thing we need to do is to collect the nett observation. The crisp facts. But we don’t really do that, because we have this story of how we were disturbed, or somebody spoke – and this is the reason why we were irritated.

We don’t really go inside to find our state. That is the point. If we can’t assess our own state, the condition, the speed, the tempo, the density, how can we expect to do anything at all except just what we are compelled to by all external pressures? We can’t.

So we have to try and build up an internal awakeness. This is our Work. It is so vital, it is so obvious, and yet it is so difficult to come by. I would like people to have more observations of the work, of all sorts of things which are going wrong: little things, big things.

But examples of this rich material are not so often brought because they reflect upon the one who brings it; they damage this picture I have of myself, the picture which I am supporting all the time. I am not free to bring anything regardless of who it is going to hit and what it is going to do. Yet it is important that I be able to do so. If I have a cross word with somebody, I need to understand: “Now what was it about?” I need, really, to able to use that material. Come to the truth of it, so that I can digest it from inside.

I may have a real wish to change, or to do something, but then somebody jogs my elbow, or fails to stand back when I want to go through a door, or hasn’t heard me the first time, and in two seconds, I am very annoyed, and I have forgotten all about my real wish to do anything. That’s how it goes.

Inside, little mechanisms are doing all this to me, and then it just comes out in a little gesture which I don’t notice. I am cut off from people, I am not really in contact with anybody. We’ve all of us had this experience of wearing the butcher’s smile. What is the good of it? We’re rather accustomed to it, and it is returned by the dissatisfied shoppers’ smile, because if they don’t smile, they’ll be given an even worse cut next time. This is the sort of conversation which takes place.

So what could be my conversation? How could I turn? A lot is coming out of this Egyptian exhibition which we’re trying to prepare. These marvellous pictures of postures and gestures are full of marvellous symbols, but no one really understands them unless they make a real study of it. And then they don’t understand it, they become learned. But for us, there is a chance there, and in trying to find the right way to present it, one becomes very aware of the fluent influences that are displayed there, in the gestures, in the symbols themselves.

Garry gave me a picture this morning of two or three symbols which he had discovered. One of them referred to the was sceptre. This is a sceptre with a hook, which finishes with a prong at the bottom, which represents principle of life and creation. It is held in the hand of the life-giving royalty, who is a representative of the gods for that particular purpose. The extremely interesting thing about this was­-sceptre, with its double prong, is that here is the impulse of the creation, and there is the foot. Now, try and understand that.

This is based on another symbol, the symbol of life itself. But there is a duality, and the trinity, and the fact, referred to in the typescript about it, that it represents the flow of the force of the massive Word. You connect that with what we have often referred to: “In the beginning was the Word,” the Word of creation. And here it is in this was-sceptre.

Now, how is that connected with what I said before? See, the quality of life that has these symbols, feels this emanation. It feels these vibrations. And unless we awake, we miss all that. We are always settled in our automatic goings-on. Automatic puppets. But we have a chance. And we want to get much freer, freer to make use of the Work.

But mind you, there are pitfalls everywhere. You go to these revivalist meetings, these Christian Scientist meetings, where great personal satisfaction is obtained by some horrible confession of some defect, often enough a small one. But magnified, with great sorrow and gravity, they confess to some minor sin. And they gasp through that. Well that is a danger.

The Work here is not a confessional. The need is to bring material, and we bring it trusting that if it isn’t good, then that fact at least will be found. I want to know that. But too often, I am sheltering it when I bring it in case someone attacks it. That is no good. I have to let my rubbishy puppetry fall off.

Our chance to make use of such material depends on those moments when I drop the brick and break it. I don’t want to just brush it away. I seek for the reason, and am prepared to bring it as an example. That is our work. It changes the level of our work. Take that being which is holding the was-sceptre. One almost begins to sense that there is a fine, fine life passing through. Perhaps I can even feel something of it in myself.

So there we are. Yesterday we stopped every half hour, but we had the confrontation, the turning to the other one, on each second stop, that is, on each hour. Not to let it be automatic. Our Work is the most difficult work in the world. There is no question about that. And so, we don’t have to be conceited. We guard our fortune in somehow or other having struck upon it, or having been struck by it; somehow or other being here, and now, just getting down to it.

The background to all this is explained in the book George Adie: A Gurdjieff Pupil in Australia, second enlarged edition available from By the Way Books. Briefly, in the morning we would begin with a guided preparation and a reading from All and Everything, then have breakfast. At the conclusion of breakfast, Mr Adie would deliver some practical ideas for the day’s jobs. We would meet again for lunch and dinner, after each of which we brought observations and questions, which he would answer. During the day, he often had us stop at intervals, sometimes each thirty minutes, sometimes each hour. After collecting ourselves, we would turn to those we were working with and “exchange”, eyes to eyes.

When Mr Adie refers to the “butcher’s smile”, he means a false smile. The butcher in this example has sold you a poor cut of meat, but smiles to cover it over. The Egyptian display was a display of Egyptian art put out in the small studio, which also doubled as a library and meeting room. It was carefully prepared, and other activities such as research and presentations were connected with it.