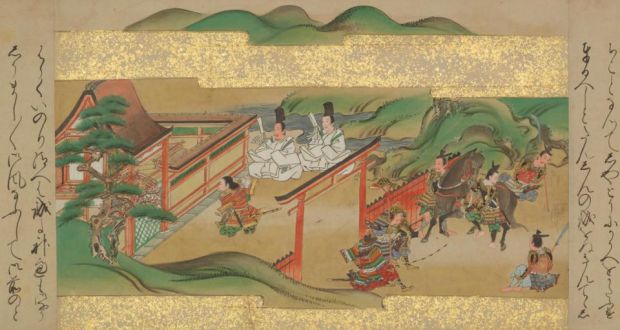 The first question was from Chaz. He is teaching again, and has seen that something in him wants to be a success.

“That can be a great enemy,” said Mr Adie, “depending on where it comes from. I have to be present to see the nature of the impulse. It is natural that, when one sees these habits of thought, one tries to hide them. But there is a mix-up. You have crossed your lines a bit. One line is that I want to see what is there. Then, the other is to what extent do I want it to go away? I see that impulse to be a success. But it is related to a sort of egotistical satisfaction, which is nothing except harmful. So there is all the drama of this life situation. It’s been provided. You weren’t entirely taken by it; you were, to a certain extent, there. But you want to be more there.”

I think that what Mr Adie meant was that if Chaz wished to be a help to his students, that was legitimate, but if his ambition for success was a result of “egotistical satisfaction”, that was something quite different and undesirable, and that he had to desire to be present in order to see it. He continued: “I have to be quiet. I cannot have an inner din and listen to anything. If I am in a hurry, or just not quiet, I cannot. There is a tremendous lot to be learned. We have just got to this question of really observing points in us, and the connections, and adding points of observation so that they are there simultaneously, and more than one thing begins to join in.”

Mr Adie meant that the work in the group had reached a point where they were being called to observe not only some discrete thought or manifestation – a point – but also what was connected with it, so that the observations become broader and more inclusive.

The next question was from Hilda. She said that she was not sure how to formulate her question, but her mother stayed with her, and she had been bothered by it.

“Had you any plan of work about it?”

Hilda replied that it was blocked, she was unable to “give” her anything, and became a “blubbering mess, picking up her emotions as well as my own feelings of guilt and nervousness.”

“If a person is sorry for themselves, there is not much left for anybody else. See, on what basis can I communicate? Do I receive, or do I give?” asked Adie. “You started weeping, and you were full of self-pity, so what sort of connection is there? The connection is cut, really. I have nothing to project, nothing to emanate, nothing to give, so what can I receive? I am all inside now. And in my subjective unnecessary suffering, I am my prison cell. It goes around in one way, and she is in her own cell with her ways and habits.”

“If things were allowed to flow through me, that would be something. But I am just a stopper. And yet I have these thoughts of giving, and so on.”

“This is the work of external consideration, and for that I have to be able to put myself in the position of the other person, and that is clearly impossible in the circumstances. If I am sorry for myself, I cannot enter into another person’s difficulty, I am swamped by my own.”

“I understand what you say,” said Hilda.

“Yes, up to a point you do, but if you start weeping and out of control like that, you are unable to digest the understanding, and are just not fulfilling your aim, and you have to accept that you are not.”

“I felt that once I had come out of it,” Hilda volunteered.

“How did it come to an end? How did you get out of it, or how did it cease? What happened? You probably can’t say, and that would mean that you weren’t there. I want to see my utter lack of inability to do anything in such circumstances. If I can do that, then I might have a chance of looking for an entirely different kind of approach, an approach where I can’t have any complaint, and then I can’t allow myself to disappear.”

“It isn’t enough just not to be negative. It is not sufficient to say I have no complaint: I also have to have the conviction that I receive, too. I have to receive, I have to be in the presence of negative and positive forces simultaneously.”

“So if I am convinced of my personal suffering as you were, where is the other side of that? And how is it going to come? I see that it can not: if that conviction of suffering occupies the centre, there is no room for the other.”

“At that moment, I live in my own subjective world, my own world of self-pity and suffering. Of course, I am referring to unnecessary suffering, not supported by any objective reality, only by the habit of my slavish life, that is all. There is nothing corresponding to it outside. I project that.”

“For instance, supposing my mother does something very hurtful. If I don’t realise that she is mentally deformed, she is psychopathic, she’s an invalid, she is a sick woman: if I don’t remember that, how can I understand it? But I don’t hang on to that.”

“I was aware of her own suffering,” answered Hilda.

“Good. We have the canvas, so is there a question?”

“I was suffering because I felt I was not doing anything for her,” said Hilda.

“If you are identified, you cannot do anything for her. You were totally identified, so identified that you wept.”

There was a pause. Mr Adie evidently weighed Hilda’s state and the state of the meeting, then continued: “I won’t really acknowledge the fact. Even now, I resist it. Even now I resist it, and I have this head argument, which is very familiar to you. It is automatic, but once it starts up, it is the cause of an entire series of reactions inside you. It is familiar also to us, but now we are speaking of it in the particular form it takes with you. You cling to it very tightly. This is just the difficulty.”

“I have to find something else. We said this with the first question, and it applies to all else which has followed: we look for a different force. We know that the force must be finer, but it is so fine that there must be a question: how to receive so fine a force?”

“All the ingredients are there, but it is necessary to use the situation with your mother. Ponder the question of her need. If I could find a compassion for her, a suffering creature, I could then pass to a larger compassion, maybe even for humanity. Compassion for such a poor creature is just what I need, but if it does not flow, that is very important. There is a lack of compassion, which something in me does not wish to see, and so it makes me turn away.”

“There are these great figures who go among the suffering and do extraordinary things: Sisters of Mercy, of exceptional sanctity and love. They must have rheumatism, and bunions, and old aches, but they just go serenely about their work. It might be very cold, but they are marvellously sustained by this inner force which feeds them.”

“We look for some special fine force. How to break through to that? That is our question.”

“So a new mind, or anything in that direction, is of the greatest value. I don’t want my ordinary mind to get hold of something too firmly. I don’t want to have things stuck in my old formatory mind. If I have some sense of the value of this new idea, and can remain for a little while in that state …”