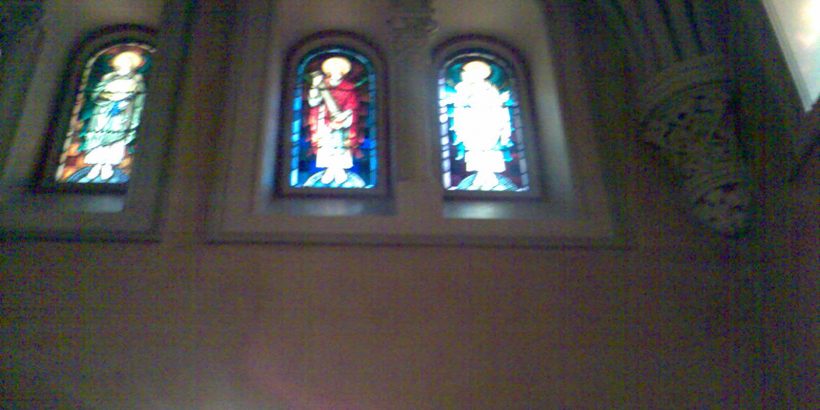 Mr Adie put a great deal of effort into this question, and spent as much time on it as he would on two or three questions. The question was asked by Shirley. She said that she had been seeing her thoughts when she was working alone in her room. She found a part of herself that was a sort of dubious towards the work.

“Are you speaking of a feeling or a thought?” asked Mr Adie.

“I saw it as a thought, something felt it didn’t have a …”  She petered out.

“What did it think? How did it express itself?”

“I was imagining people like you and other people didn’t think very much of me, that sort of thing. It was all imagination, and I realise that, and it was quite a struggle, every thought was either imagination or sort of self-pity.”

Mr Adie passed a moment, and asked: “Well, alright what about it?”

“That’s true, there’re very near to taking over you because there’re there. So, having seen them, action is wanted, otherwise they’ll put you off again. So, what action?”

“You can reason with yourself, that its rubbish. And it is all rubbish, yes. But that isn’t quite enough. Having realised at that moment that it is rubbish, yet some action is required. You didn’t think to yourself: “Now, I’m going to think it’s rubbish.”

“That means to say, when you had the thought, it was not an intentional thought. It arose in you. But if we wish to be able to really think, then we can’t wait for ideas to arise. We have to arise. There has to be some “I” action. This work is a question of will, real will to do something. To do in order to be. The doing is to take some action. Now what kind of action when you see rubbish? Surely to draw your forces in towards yourself.”

“You can’t go on doing that for hours. But you can take time to pull this energy towards yourself, and having drawn them in, you have a job to do haven’t you? Do some of that work, and then is going to be left for this rubbish? For the moment you can be free of it, but it will come back. You have got to work, you see. You have to be precise and really know definitely, definitely.”

“You have take action in yourself as if you could choose which way your blood is going to flow. Everything is going on, but there’s a higher force which is ready to guard, a higher matter of thought, higher level. And this entirely depends on intentional attitude. It’s not available to anything unintentional. The higher forces were never designed for that purpose. These were ever only designed as food for real will.”

Mr Adie must have seem something blank on Shirley’s face, because he changed tone and said: “I don’t think that you’re quite understanding what I am saying…”

“Well, it should light something as a possibility.”

This reminds me of Gurdjieff saying something similar once, and when the person answered as Shirley had, he rejoined: “You could at least have a likely look for trying.” Mr Adie continued:

“Surely, it’s an encouragement to think quite different action is required, more than what I had an idea of. Then I needn’t worry about all my past failures. A certain kind of action is necessary. Not to be explained in words and that, but simply say, oh there’s a bad state now, again now, now action is required. There’s a force in me, I want some for myself, and I want some for that and what’s left is left. If you could work like that, your imagination would not go in the same way, you would have to give way and die down.”

At this point Mr Adie had dealt with the initial question, which was to do with something she had seen in herself telling herself that Mr Adie and other people didn’t like her. Mr Adie had advised her to try and come to higher thought, and let the powers of those higher hydrogens make her knowledge of her head that this was rubbishy and negative, the understanding of her “common presence”, to use Orage’s wonderful phrase. But Shirley asked if she could mention something else.

“Yes, say something else. And say it clearly please.”

“In a better state, when things seem more real to me with impressions and that, there’s something else there that is slightly frightened of it.”

“You say this occurs when you are in a better state. That is interesting. It is possible that it was like that, because if I’m on a very fine balance, then of course there’s a fear I might lose that balance. It’s quite legitimate. When I ask are you sure, it sort of shakes you. Why? I want to be sure, don’t I? Yes, this is a moment of exceptional quality. I could lose it, and if I entertain those doubts I am going to lose it. That is certain.”

“Do you follow? If I indulge myself in this fear, I shall lose my balance. So, I separate myself from this thing which has come up to remind me. Does it mean anything?”

“Now, is that what were you hurrying to say?”

“I think it’s to do with facing the unknown …”

“This is the explanation you give yourself.”

This was very distinctive of Mr Adie: common sense and wisdom combined. Only with the known can we face the unknown – and “the known” here means the fact of my being-reality. What else could it be?

Mr Adie continued: “My knowledge, if it’s there, depends on my understanding too. Although my understanding is called ‘a mean between knowledge and being’, yet the knowledge that I’m speaking of is the consciously acquired centre, and the contents of the centre of a possibility of a conscious moment. That is knowledge, I know that. I know how to get there when I’m there, and I know when I lose it when I’m there, too. I need to go there, that’s it, and then other things will come. Maybe flashes of warning; it tells me I’m off my balance once more. See?”

“Take it as a question of balance, very practical. I don’t want to lose my balance the moment I’m on a fine edge. I want to keep on it if I can. But I can’t imagine that I’m going to keep all afternoon like that. It’s at this moment, and I want to use that for assessing my position, directing my energy and then I might get another moment.”

“It’s entirely different from any ordinary idea of achievements, solidity, balance, the work is done you see there’s a nice broad base, firm, and now I can have some peace. It’s just not on. I have to move, as long as I have life I have to move…. good.”

“Something is possible, what? This was given in Paris ten years ago: ‘Between what I am and what I wish to be, what is the act which depends on me?'”

There was something great in this answer, at several points. I have highlighted a couple of them, and shall shortly come to the quote from Proverbs.  But when he said that I am never too tired to attend to my being-reality, he is echoing what Gurdjieff said to him when, one evening, Mr Adie was arriving at Gurdjieff’s apartment, and Gurdjieff had himself just arrived, and was slowly climbing the stairs. Gurdjieff turned around to him and said: “Tired. Too tired. Too tired for anything. Except to remember myself.” I think I can add that I myself have found that my former strategy of going straight to bed when very tired was not a good one. What I do now, no matter how tired, is sit and collect myself for even five minutes. And I find that when I do so, the arrangement of forces within me, no matter how tired, changes. The sort of restless static the fills the head seems to settle, and the tiredness of the body is better felt. Perhaps this is part of what Gurdjieff meant when he said that sleep is the disconnection of centres, and the for a better sleep, we should consciously relax ourselves before retiring for the night.

But the final note for this long posting is that this is an example of where Mr Adie, as he so often did, cited this passage from The Book of Proverbs: it is found in two passages, in both Proverbs 6: 9-11 and 24:33-34. The one he preferred was the one in Proverbs 6: “How long wilt thou sleep, O sluggard? when wilt thou arise out of thy sleep? A little sleep, a little slumber, a little folding of the hands to sleep: So shall thy poverty come as one that travelleth, and thy want as an armed man.”

Sometimes he would explain this. A person is in the countryside. He sits perhaps at the door of his tent, and says to himself, that there is no reason just to have a little sleep, a little slumber, and it draws a quaint picture of a person self-satisfied, folding his hands to sleep. But as he sleeps, his poverty sneaks up on him. At first it was just a speck on the horizon, like a distant traveller. But eventually it turns out that the person was in fact an armed marauder, and by the time the sleeper awakens, his enemy is upon him and has him at his mercy.