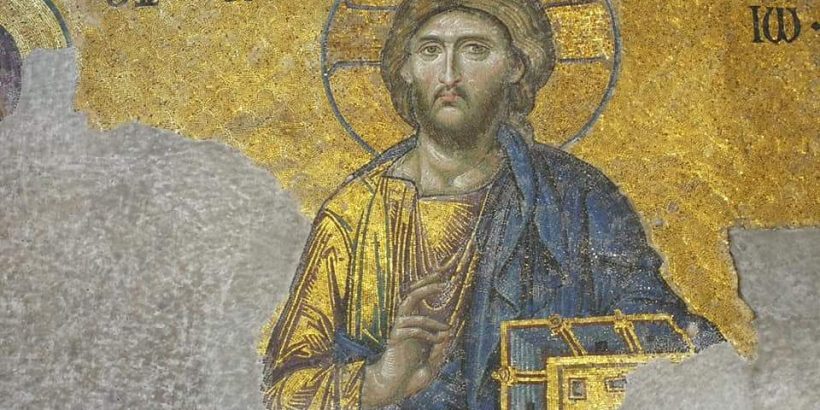 This question from Hans continues the meeting of 9 October. “Mr Adie,” he said: “for some weeks I’ve been trying to observe my behaviour in relation to other people. … I’ve been quite appalled at times, quite amazed anyway in how I manifest, quite incredible. Even today, I tried to a little bit for an encounter I know of a lot of friction. Even today again on a number of occasions, there was not just a time where I was not completely identified with the topic but, even brutal…”

“Yes,” replied Mr Adie: “you get taken and you manifest in that way. But you see it at least. And now you’re not defending it at the moment you see it, so the position is changing. Then, what does the new position demand? It is a new position, you should value that. So what does that demand? If we don’t take use this opportunity, and come to some new understanding, then we may forget. We often slip back into our old position. That’s a strange thing. We have some sort of an insight, but then without realising it, we slip back into our old method of measuring and counting, our old way of viewing things. If we blame ourselves, we feel bad, and slip into “bad conscience”, since we have not revalued all our values, as Mr Gurdjieff said. We are going to see the old, we are going to; it’s inevitable, until I’ve seen enough.”

“So, now I want to see. I want to see sooner and sooner, then I can see what absurdity this is based on. Otherwise I really don’t have a chance of control. So you have got to go back, of course, and consciously make the connection. It will be interesting now: I have seen that  something in me behaves in an unpardonable fashion, rough and crude, quite against my intention at other times. How does it do that? What does it depend upon? I have to be serious. I don’t do it for interest, but, as I do it, I find it interesting. I use its power of momentum, because I see it as part of a chain of cause and effect. Do you follow? It has a momentum, but because I know its cause and effect, I no longer believe in it. It’s force then is mine. It calls me. Really, I previously had little choice, almost none. That’s the picture of the work, that’s how it goes. It has to come into the present, which it is you’re talking about … the present … Good. Well, that’s it.”

“Three occasions today,” said Hans: ” I noticed that I had been taken by something and on one occasion I was very annoyed with it. But I have some reason for it, I saw it at the time.”

“It’s interesting that you had a reason for it,” said Mr Adie. “There’s always a reason. But you listen to that reason at your cost. There’s no reason for that manifestation of negative emotion. There’s really no reason good enough for cutting that particular vein and losing your balance. But we tell ourselves there is a reason. And this is possible because we think we can change the externals. We expect people to do what we ourselves can’t do. We expect them to be different from what they are, in order to satisfy some external demand.”

After a short pause, Mr Adie added: “This takes us back to the very beginning of the ideas, to the first pages of the first lecture.”

Hans was not having it: “But I found different reasons for reacting in myself. There seemed to be a number of reasons for the reaction. I come back again to today, there were three very distinct reasons that brought about this reaction which was far too strong a reaction. And in the first instance when I reacted to what I saw -”

“Let me interrupt you,” said Mr Adie. “Not too strong a reaction” you said. No, all reaction is too much. Even a small reaction can start something off, and then in a second it’s out of control. No, I don’t want reaction. I want choice, some action of change.”

“And it is possible to change. If you want to make a business deal you will submit to almost any kind of behaviour, because you otherwise won’t get your deal. For that purpose, you accept all that is going on. So self-control is possible.”

“But now we want change based upon not just a business transaction but upon my real wish, and that is different. We have to be relaxed but we have to be genuine and serious, we have to have some force in ourselves. We have force, if we are quiet for a moment or two, we’re full of force. Even when we feel bad we’re still full of force. It might not feel like it, but if you see a snake suddenly, you would soon feel the force – it would make you jump.”

“It needs more preparation. It needs more preparation. I need to come to something really unarguable, which if I can only grasp, would give me a lever, you see. I got to find out what is suitable in the circumstance. What in that circumstance could save you? First of all, discarding your expectation. You expect someone else to act differently, but he can only operate like that, and if he forgets what you told him, well, he didn’t forget it on purpose. No amount of browbeating, or anything would make any difference at all, except it would make it worse, right?”

“There was another thing,” added Hans: “it was my own desire to prove how good I am in relation to the guy.”

“Did you say your own desire? That’s not what you’re working for. It is not your desire, it has been conditioned into you.”

“Yes. Added nonsense, that’s just added nonsense. I behave abominably, and then I make a hell of a do because I can’t really say I didn’t. That really puts me in a bad state. But go on; you’ve got the material there. Tomorrow, you’ll make a few more mistakes, so there will be another chance. There are such interesting things to be found out, such vital things to be found out when things go wrong, I’m quite incapable of crediting the fact that somebody can think in a different way. “This is this, and this is this, and this is this, so how could it be that they don’t think like that? They think in a different way; they think this and that and that, if they think at all!” Yet we never allow for our being prepossessed like that. It’s got to be the way we think. Yet, there is no choice in our own thought. This is extraordinarily interesting and quite important, of course. There’s the material spread in the midst of your enemies.”

The work of revaluing all values is a work which requires, I would say, the special conditions of the preparation. I am in a slightly different state, held there by a decision to put myself in different conditions when I might be controlled more by my own conscious will. I confront, as it were, what I have seen. Not what I have been told, although what I have learned helps me to know what to look for and to understand it. But the importance of Hans’ having seen the brutality which manifested through him, using him as a loudspeaker, is that this is the material of his own life. It is available for his pondering. It is, perhaps, like the difference between trying to cook with photographs of food and using what I have myself procured, and have in my hands.

I would venture to say that one of the greatest impediments to my revaluing all values is being identified with self-criticism. If I have been raised by a parent or authority figure who was very critical of me, something in me becomes attached to the criticism, and cannot really contemplate that it might be wrong. If I find it hard to admit that I was mechanical and not responsible, it might not be that I expect to be perfect, it might instead (or in addition) be that to reject the cruel criticism of me I have to reject the authority of my parent or teacher – and perhaps I am identified with that more than with anything else.