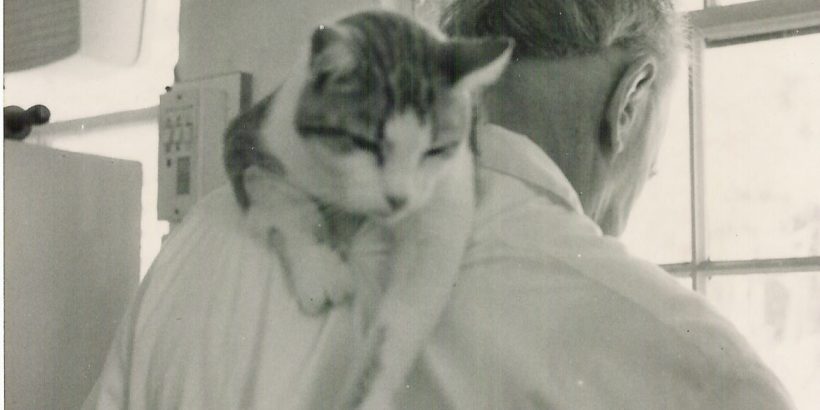 This continues the lunch questions from Sunday 11 October 1987. I found this answer quite significant. Maria said that she had spent some of the morning watering one of the gardens, and “I found it difficult to stand still.”

“What about the plants,” asked Mr Adie: “did they get any water?”

Yes, replied Maria, she had been careful about how she did it. This came from the idea of image, and watching how she was.

“Yes, if I have an intention to see my image, it can help me both be more careful in the ordinary way, which is some benefit, and also to be more conscious of myself, and of what is going on inside.”

“With a job like watering, you have a good opportunity for the inner work. If I am relatively conscious, the job goes quite differently; for example, it doesn’t call for a lot of movement, you won’t be racing up and down with the hose, yet neither is it entirely stationary. You still have to make some movements of the eye, the head, the hand, you shift your weight and your posture. But what if there is no one at home? The result is generally that some part of the plants gets broken off, some areas get more than they need, the paths get soaked in places, and the water pressure digs out little holes in the soil.”

Maria replied that she would normally have been racing up and down and damaging things, and added: “I have no common sense when it comes to gardening.”

“Don’t be so hard on yourself,” Mr Adie counselled. “Your common sense doesn’t just desert you because you’re gardening: it’s a common sense based on your digesting your experience to some extent. You will not have detailed knowledge of some issues, because some gardening has to be done by specialists. But that is not the sort of gardening you were doing: you know the basics, that plants need water, neither to much nor too little, with a wider or narrower range in-between.”

“It was sufficient for you to be present, to know what was required, and to observe in the course of it, making any necessary adjustments. From an inner point of view, all you needed to do was to be present and to use the job. Move a little when you see that it will help, whether inner or outer. You can introduce movement. You can stand quite still with a hose, but you take a step backwards or move one foot, if it helps. It is interesting to find out.”

Maria agreed, it had been a useful morning.

“You found it was useful to you?”

“Yes, in that I had more impressions”.

“The impression that you were physically uncomfortable?”

“No, well there was that, but just now I meant more impressions of what was around me.”

“That is interesting. Do you see that when first you spoke, the emphasis was on the sedentary nature of the work and your difficulties? Then you introduced the idea that you were a glutton for heavy movement, that you race around a great deal, wanted energetic thing to do, and that watering the garden was rather statuesque, you just stood there.”

“Yes,” answered Maria, “but I think that it was in fact something different.”

“Yes. Yes. But there is a lot in it. Do you see the significance of how you brought it? As we have discussed it now, even your initial report has been found deficient, and your memory of it has opened out. Try to see it now even more broadly. You are there, and you are working with what? With earth, plants and water. The water makes a sound. It goes somewhere, it does something. I get benefit by working with it. And as you stand there watering, the plants are getting the water. They’re drinking the water.”

“They are receiving something, but now what are you receiving?”

“Have you not thought of that? You are receiving something, but perhaps you don’t recognise it with the head. The head is telling you this is rather dull, so what really could make me superior to a plant makes me almost inferior. A plant is there, responding to life, responding to the water, without complaint; and you are there, with the life and the water, but with a sort of complaint.”

“Everybody has complaint, but they don’t realise what their complaint is. Their complaint comes from being asleep, and they have all these ridiculous values. And they have formed the habit of sleeping their life through, and not working with the life they have.”

“You know how people speak about the difference between being an onlooker and taking part in the game? Well our job is to be both a participant and an onlooker. This is what we’re offered, more or less. Very difficult to do. And I think that unless we connect it from time to time with something on a higher level, and it means something, we may not develop very quickly, but if we can do it from a practical point of view and also relate it to our ideal, then we really receive something.”

“If you read the papers, if you see what is happening to the religious impulse in the world at the present time, it makes no sense at all. And everybody has a religious impulse. What form is it going to take? Here is our chance to acquire, develop and know something of our own religious impulse. That’s serious. It could give a cry of joy, sometimes it could even bring a laugh, but in general it is quiet.”

Just a few comments. First, I was struck by how Mr Adie picked up on Maria’s predisposition to denigrate herself, albeit mildly. After having spoken with Mr Adie over the table, the overall impression of her morning changed quite considerably. The brunt of it had, at first, been how difficult it was to stand still. She even added that she would normally want to be racing around, and declared of herself that she had no common sense when it came to gardening. Mr Adie gently showed her that she lacked knowledge, not common sense; and by asking her simple questions, she herself volunteered that it had been a useful morning with more impressions of herself.

Second, note how well Mr Adie balances both the value of the external job and that of the internal work. Both have their weight. How often, after his death, even people with a responsibility for the operations, importance I can’t call it “work”, would say that external job has no value at all. I always felt this was unbalanced. They would be content to begin a job one weekend, then abandon it for no good reason. Many octaves begun, and little realisation. But as Mr Adie said, some realisation of both the inner and the outer is needed: they are truly complementary.

Third, as he pointed out, if I have an intention of watching to perceive my self-image, I might not be granted that, at least not completely, But the effort is still valuable. That is, to observe self-image requires a prolonged course of observation, and if I neglect to take advantage of the opportunity offered by the external job, which clearly shows whether I have completed what I began, am I not throwing away a great aid for my inner work?

Finally, his comments about the religious impulse are so valuable. He often addressed the practical issues, and then added a higher idea at the end, bringing the note of aspiration. And nothing could be truer than these words: “… unless we connect it from time to time with something on a higher level, and it means something (to us), we may not develop very quickly. But if we can do it from a practical point of view and also relate it to our ideal, then we really receive something.”

Higher thought is intensely practical by its presence alone. It has a presence.