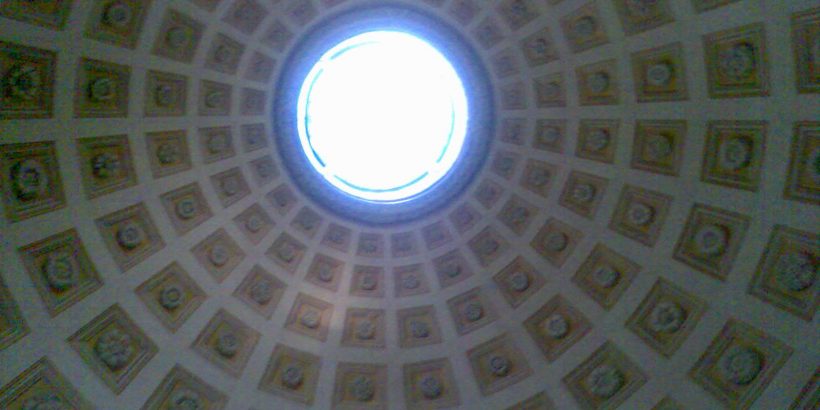 In those post I shall just take what Gurdjieff has to say about suffering in what I might call his “Two Rivers Talks.” There are two publications of talks under this name, and several talks in which the theme of the Two Rivers is touched upon.

At the outset, the talk in Views from the Real World dated 22 February 1924 is almost certainly in error: the talk reproduced there was given on 26 February 1924 (compare p.244 of the hardcover of Views with p.351 of Early Talks.) This is significant: the talk of 22 February, which is found in Early Talks but not in Views has the most important material for our topic, material not found in Views.

Oddly enough, the full talk titled “Two Rivers” does not say very much about suffering, and so I shall not here deal with that talk in its fullness. It is not that the talk is not deep, it is, it presents a broad picture of human life in its earthly context, but Gurdjieff says little in it about suffering. However, in the other, earlier and much shorter allusions to this idea, he says some interesting things. I set out the relevant portions from Gurdjieff’s Early Talks.

38        “All living beings on earth are subdivided into two currents; some flow with one current, the others with the other. The one part are subordinate and have in themselves one kind of law, the others another. The two laws always come into collision, one with the other, cross each other, run side by side, never mixing, supporting each other; necessary, one to the other. Always it was so, always it will be so. Now if we take the life of the masses, their life as a whole is like one of the rivers, in which each drop of water represents the life of an individual man or of some living creature.

“All these separate drops go to make up the river, which in its turn is a link in the cosmic chain. The current of this river flows according to general cosmic law. …

“… Fate is only for the whole river; all the drops have this. Personal grief, joy, happiness, suffering, all are accidentally in this current.

“But each drop has a principle possibility of leaving this common current and jumping into the neighbouring second river. That is also a law of Nature.”

My comment. Gurdjieff speaks here not of two rivers, but of two currents in one river. Evidently, he developed this motif. Here he states that the river is “a link in the cosmic chain,” and is subject to a “general cosmic law.” This idea is omitted in the later talks.

From our immediate perspective, the comment that “Personal grief, joy, happiness, suffering, all are accidentally in this current,” is most interesting. Only lately have I started to appreciate that at a very profound level, our wishes, wants and our desires mirror cosmic forces.

In other words, we personalise too much of what happens to us.

Here Gurdjieff states that in one current (later, he shall say, in one river), suffering is present due to the law of accident. That is, in this current, we know only unintentional suffering.

To say that all suffering has cause and consequence is true of both intentional and unintentional suffering. What this entails is the subject of our broader study. I suspect, but cannot be sure, that when he then immediately goes on to speak of rites, he is speaking of the Christian Divine Liturgy, which from this perspective, re-presents the Incarnation, Life, Passion, Death, Resurrection and Ascension of the Lord (this is most true, perhaps, in the Eastern Liturgies and in the traditional Latin liturgy, the pre-1969 Mass). In that liturgy, we join our suffering to His, and join in His transformation and sacrifice (making sacred) of our suffering. In other words, part of the purpose of the Mass is to teach the transformation of unintentional suffering into intentional.

310      “QUESTION: What is the role of suffering in self-development?

“ANSWER: There are two kinds of suffering – conscious and unconscious. Only a fool suffers unconsciously.

“In life there are two rivers, two directions. In the first, the law is for the river itself, not for the drops of water. We are drops. At one moment a drop is at the surface, at another moment at the bottom at the bottom. Suffering depends on its position. In the first river, suffering is completely useless because it is accidental and unconscious.

“Parallel with this river is another river. In the other river there is a different kind of suffering. The drop in the first river has the possibility of passing into the second. Today the drop suffers because yesterday it did not suffer enough. Here the law of retribution operates. The drop can also suffer in advance. Sooner or later everything is paid for. For the cosmos there is no time. Suffering can be voluntary and only voluntary suffering has value. One may suffer simply because one feels unhappy. Or one may suffer for yesterday and to prepare for tomorrow.

“I repeat, only voluntary suffering has value.”

My comment. This is extraordinary. Here, and here only so far as I am aware, does Gurdjieff speak of the “law of retribution.” As I noted in the chapter “Karma” in Constantinople Notes, Ouspensky said that although Gurdjieff spoke at first only of will, fate, and accident, they later concluded that there must be “karma,” which they called “cause and effect,” to escape Theosophical associations (pp.108-109).

Nowhere else does he make these two most remarkable comments:

“Today the drop suffers because yesterday it did not suffer enough.”

“For the cosmos there is no time.”

He does, however, on a few other occasions, say these two things:

“The drop can also suffer in advance. Sooner or later everything is paid for.”

“One may suffer simply because one feels unhappy. Or one may suffer for yesterday and to prepare for tomorrow.”

Note, too, how he sometimes speak of the two kinds of suffering as either intentional / unintentional, conscious / unconscious, and voluntary /involuntary, without any apparent difference in meaning.

The comment that a drop may suffer today because it did not suffer sufficiently yesterday is possibly referring to retribution, i.e. the retribution which was due yesterday was delayed. Or, it may be saying that there is simply a certain amount of suffering in one life, and it will come, sooner or later. These are interesting ideas; my purpose here is just to provide them as resources with a minimum of materials for further research.