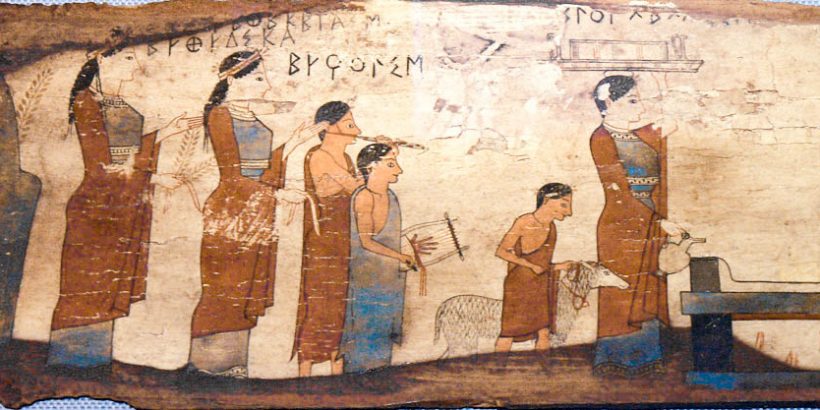 This is from the meeting of Wednesday 1 March 1989. The first question was from Dmitry, referring to the Soil Preparing Exercise from Life Is Real: “I’ve been trying the counting task pretty consistently for the week, and the first day I noticed a gesture of mine that occurs with any little problem that I have, the head drops down immediately, and the left hand drops to meet the right hand immediately. You spoke to somebody else about anticipating an impulse before it happens; I hadn’t thought it was possible, but now I see it is.”

“Yes, it is,” replied Mr Adie, “but that isn’t an impulse, that’s a dead habit. The impulse would be the fear of the problem, or the other way, to be present. Yes, you require the impulse, and you have this habit. But the habit is not the impulse, it’s compulsive. So, your effort with following the breath, and all these methods, are to help you become free.”

After a little pause, Mr Adie added: “You mentioned dropping the head. There’s the question of studying it, the angle at which it falls, the fact that it happens, the speed – it drops immediately, and the quality of the thought that goes with it. You must have a part of your attention on the thought that accompanies the posture; by itself it doesn’t mean anything.”

“The physical posture by itself also helps, because it expands the chest, I breathe a little bit easier,” said Dmitry.

“Yes, that’s the whole of the body, and then there’s the thought. There has to be an aim, the initial impulse which you make is on behalf of that aim. Far aim calls me, and this effort is just a flickering to be related to that far aim, yet it makes an enormous difference.”

“Towards the end of the week, it became much harder, but I still continued it,” Dmitry offered.

“Good, and what we said now should change it all. You were willing to accept the task, but there are many turnings aside as I am engaging with it. The task is to straighten yourself, like that.” I guess that at this point Mr Adie straightened his posture.

“That is the impulse. The other posture is of a man who is carrying a load. Directly you’ve fallen into that posture, the load is still there. It’s interesting work, it’s a real study. You’ll have to repeat that impulse time after time, and each time is life. It’s like opening the shutters, they’re closed again, but you open them again. That is the work.”

“You can do that while you do your other work of course; in fact we have to, we have to live two lives simultaneously. This is really what we’re presented with, this marvellous possibility of living on two different levels, one is a relatively conscious intentional level. That means I must have an aim, one can’t have an intention without an aim, there’re almost synonymous. This life is very well looked after by completely organic habits which we hardly know or touch at all unless someone sticks a pin in our knee – then we know we have the knee, a bounded body, and this breathing apparatus which affects the feeling.”

“So, I really have to have three elements and gradually it becomes normal, but always I have to struggle. It’s a creation. If you contemplate the creation: in the beginning was the Word, nothing accidental, everything intentional, everything contained in that initial vison. That is endless.”

“That could be my impression,” said Dmitry, “and I think there’s also unseen part to it, because the family situation was a bit difficult this week. But somehow, it didn’t devastate me.”

“Well, that’s an enormous difference, enormous. I need all that material. It’s an absolute grace, everything that I’m given, all my difficulties are a grace. I’m given it because I need it, it’s part of my life. In the ordinary way my attitude is like that of a tree that sort of complains because the wind has turned it this way …  Good.”

“Continue with the task? I thought you said just for five days,” he asked.

“Yes, that is right,” replied Mr Adie. “But that was then, and now, because of what you have found, there is a possibility of a real study. Certainly, take it as a task. It’s essential. It’s quite miraculous that I should have such an opening and find that it works the first time I make the effort. Yet, if on some occasion I should be defeated, I would moan: “Oh, all these external difficulties and troubles are really too much.” But I find that I need those because now I see that I have fallen asleep again. Pain can keep me awake, but only if the suffering is intentional. That is the thing, intentional suffering and conscious labour. Isn’t it strange how it should take years before I really savour the meaning of the words?”