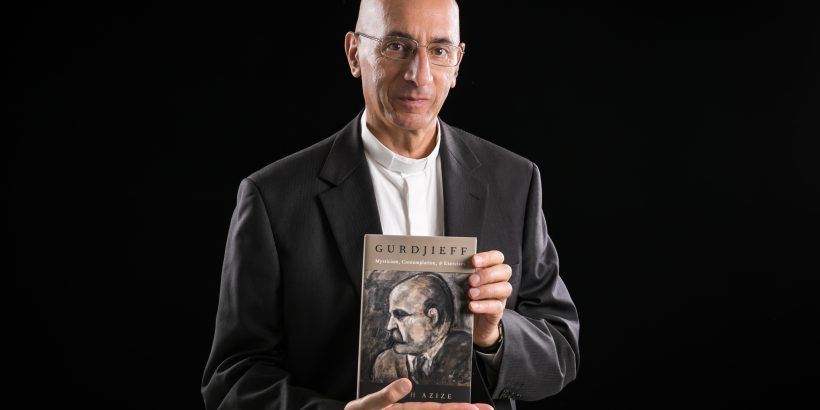 This is the link to the new interview on Mind Matters. https://www.youtube.com/watch?v=ve7j-rGd0SU

I am grateful to Harrison,  Cory, Elan, and Adam for the chance to speak with them on their programme. I only regret my own multiple inadequacies.

By the way, OUP has or had a discount offer for my book on Gurdjieff, Mysticism and Contemplative Exercises:

Let me add here some notes about the book which I first posted some months ago. Were I able to revise the book now I would take into account these:

First, on page 4. I note how Mme Solange said “Gurdjieff’s teaching is not a search for religiosity …” I have since noticed that in the notes of meetings with Maurice Nicoll in 1953 he says that Gurdjieff’s work is not a religion, but a teaching. I shall be following this up in the future, because there is an interesting question: what type of teaching is it? After all, there is no reason why a teaching cannot be a religious teaching. When you consider the very last paragraph in the book, you will see that I think the question is a subtle one. By the way, I am, in a humble way, proud of that last paragraph, not because I was allowed to write it, but because precisely because I was privileged to be allowed to write it. I cannot think that Gurdjieff would have disapproved.

On the Gurdjieff’s usage of the terms “meditation” and “contemplation,” I wonder if he did not think of meditation as a mental (i.e. one-centred) activity, and contemplation – or more precisely – his “Transformed Contemplation” as a three-centred activity.

Of great significance, in the 1931 edition of Beelzebub, 459, he wrote of “Essoaieritoorassnian-will” which in its turn can be obtained thanks to always the same being ‘Partkdolgduty,’ that is, to conscious labours and intentional sufferings.” This is clearly almost the same word as  “Aiessirittoorassnian.,” but the place of two of the root-words “Esso” and “are” have been swapped. I cannot yet say exactly what it means – maybe there is no “exactly” but it is clearly not an arbitrary word; and now we have these clues: ESSO from Latin “to be” and related to “essence,” while AEI I think is probably from the Greek and means “always.” It has to do with a permanent quality of being, I suggest.

On page 7, footnote 7 refers to the quote from Gurdjieff. The rest of that indented paragraph was written by me.