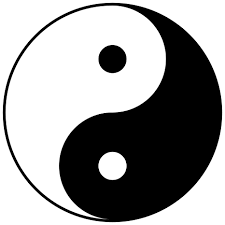 Mr Adie:   “Yes, but all the recess you were well below your average.”

Mr Adie:   “Excuse anything, of course not, but it helps to explain it.”

Garry:   “But it’s, but since coming back last week, it’s become very plain to me that impression of myself was just not true. That I found I was much closer than I thought I had been. It has taken a very short time to come a long way back, and yet the impression as I remember it in the recess was very dark and, it just wasn’t true. And it is very related to a good deal of what’s been said.”

Mr Adie:   “Yes. It’s true, if I begin to see that I’m in this fog, that it isn’t real, there’s a way here, it’s a big thing, I begin to doubt the fog. If I remember that there is light, already it’s different. To remember light, is to begin to be illuminated, isn’t it? It’s a simple as that, but we don’t realise it. The beauty of a star, the beauty of a sun, the moonrise, the sunrise, incredible beauty, the atmosphere and the change. That’s all on this level, which we seem to be scoffing at, but we’re aren’t, we’re only scoffing at man’s stupidity. And then not scoffing because it’s a terrible burden, created by man, it’s true.”

“If we work, we get choice, and there is the choice: do I choose to work? So, I have the choice, but I forget it.”

“Supposing I have some trivial thought, and look how upset one can get with trivialities, some tiny thing, one can get very upset about it. Then if I have a thought such as that or such as of scale, there’s no space for such a ridiculous thought to exist, it can’t, and yet, I give it my life force and support it. It’s incredible. Every grievance, I pour out energy, it’s like cutting out a vein. But it’s good to understand.”

“You know that Buddha sat under Bo-tree and he eventually attained his Buddhahood, his light.”

“But, in doing so, he was confronted with every devil and every monster came and seduced him, and attacked him, and there was terrible goings on of every kind of evil thing and he had to sit there and establish himself. That was Buddha, Gautama the Buddha. That was the final step, his final achievement, quite a tough one; and then the attainment, when from heaven rained flowers, and angels singing.”

“I mention that because one’s got to be prepared to suffer and one’s doesn’t have to look too far if one’s honest and tries to work, you’ll find that you almost have a choice of varying degrees of suffering. In order to transform the negative into the positive and become accustomed to this transformation, and all that it means is the freedom that it conveys, the knowledge that nobody ever did anything intentional bad to me or to anybody else. When I have that feeling, if I could have that feeling, it’s so freeing that the world becomes a brotherhood.”

“You know, John Bunyan: “There but for the grace of I God go I, John Bunyan,” when the malefactor is lead off to the gallows, the grace given. We need it, we all need experience, we need to experience seriousness and that’s anything but solemnity, I didn’t say “solemnity,” I said “seriousness,” and you could be cheerful in serious matters as in anything else. I would say, only a serious person has the right to be cheerful.”