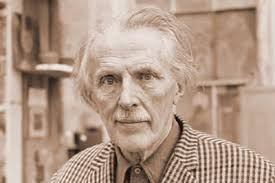 On July 2019, I wrote this post http://www.josephazize.com/2019/07/06/bennett-the-masters-of-wisdom/  It dealt with preliminary matters, and with chapter 4 of Bennett’s book. A lot has happened since I wrote that. At that time, I had not yet commenced writing the Bennett study. I now have 120,000 words done, and the second draft is almost complete. I now have a much better idea of where Bennett was coming from and how his thought developed. So, let’s look at The Masters of Wisdom again.

I now think that the key to this “esoteric history of mankind” is the search for the secret of higher energies, that is, to receive, digest, and assimilate higher energies for our own conscious development. The great clue comes, I suggest, at pp.133-134 in the chapter “The Master Training”:

This, and many other sayings of Gurdjieff, suggests a connection with the tradition of the Masters. The tradition is closely linked up with the doctrine of the silsila-i baraka, or the chain of transmission of a hidden spiritual action.  The action itself is called baraka, blessing, and this doctrine goes back at least as far as the Zoroastrian hvareno, and undoubtedly to the first appearance of the Masters. It is common, in one or another form, to all traditions. We have already met it in the apostolic succession of the Catholic church and in the rabbinical traditions of Judaism. It is also to be seen in the Indian tradition derived from great sages from Kapila to Shankara.

Bennett then distinguishes two different lines of this tradition. I shall not go into this here. But his exploration is:

… based on the evidence that [there is] a high intelligence, the Demiurge, which is guiding evolution on this planet, [and] is in the process of working more and more through man as its instrument. The silsila is an expression of the continuity of the action over many generations. The baraka, grace, that works through the different traditions is a manifestation perceptible to all who can look at it with unprejudiced eyes. It is, therefore, the principal evidence upon which we base our belief in providence.

What Bennett had said about Christianity was that there were four great initiates (Peter, James, John, and Judas, he does not number Paul in this august company) who could “transmit love through the laying on of hands and to renew the transmission through the Love Feast or agape. This is the foundation of the Apostolic Succession upon which the claims of the Catholic church are based.” (74)

If that is the practical core of the book – or the potentially practical core for those who can receive this power – the theoretical skeleton is, I suggest that we humans need help, and that help can come from the Masters of Wisdom, and maybe (there is a hint to this extent) become ourselves “Masters of Wisdom.” (12-13)

Central to the book is the idea of the “Demiurge.” It is a “very high intelligence” which is neither human nor divine, neither perfect nor infallible (16). The sun is, for us, “the creator and father of all life,” and the Demiurge is subordinate to it, and nurses and guides created life to “the moment when it can become responsible for itself” (17). Bennett goes so far as to say that the main purpose of the book is “to trace the stages by which the Demiurgic intelligence has entered human life and manifested through the Masters of Wisdom” (19). In other words, there is a hierarchy of intelligence. If we just commence with the sun, excluding for the moment what lies above it, we have sun, demiurge, Masters of Wisdom, other human beings.

Human beings were changed, Bennett says, probably 35,000 to 40,000 years ago by what we call “the Creation of Adam,” when “limitations” to the larynx were altered to allow us to be able to speak. He sees in this the “moment when man could be endowed with creativity to enable him to make full use of his power” (27). He also notes that he had been unaware of this when he wrote The Dramatic Universe, and it has altered the picture he painted there. Incidentally, a research assistance could be kept occupied for quite some time gathering all those comments where Bennett amends or adds to that four-volume work.

He adds that when he went with Gurdjieff to the Lascaux caves, Gurdjieff explained how the deer crossing a river were humans in an initiation rite, and that: “he had learned about these ancient schools of wisdom from researches he himself had made in caves in the Caucasian Mountains and in the great limestone caverns of the Syr Darya in Turkestan” (28).

A “great cycle” which had lasts for about twenty-five thousand years ended about 10,000BC, with the retreating of the glaciers (28). This, he asserts, was the start of the “modern age,” at which time the Demiurge ceased to take possession of the magicians among humanity (which it had done previously). With this new dispensation, the “new selfhood of man had fully established itself within the threefold nature of body, mind, and will, capable of being transformed into a perfected individual” (29).

Extraordinarily, he claims to be able to relate human history to events in finer worlds: in one of these the “mind-stuff” had to be prepared for humanity, and in an ever finer one, the “soul-stuff” (29). Another remarkable claim is that we are in the middle of another great cycle.

With that, the first chapter is ended. It may be that I will come back to this book in future posts, but I think that this at least illuminates its purpose and framework.