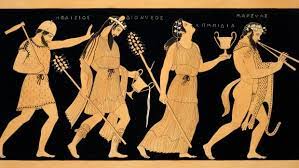 These are the first two exchanges from the meeting of 7 June 1989.

The first question was from Boris: “You gave me work of trying to get to the experience of a higher level. When I’m by myself in the morning preparation, I’m too much in my ordinary mind. I’m taken by what I have to do during the day but it is possible to experience something higher. It happens when I give away something. When I give something away at this moment, it happens in a flash which comes.”

“What is it that you have to give away?” Mr Adie asked.

“My ordinary concerns. There is a period of activity, and then I have to engage in a kind of sedentary low-key activity with another person, where I sit and do very little. During this period my mind goes into all these irritating dreams. I’ve tried to stop them but because I am with someone else, it seems difficult.”

“Well, if it weren’t difficult, you really wouldn’t know you were doing it,” Mr Adie said.

“True. The observation is that the movement which is required is of a completely different nature.”

“Very true, but can you say something specific about the effort? I mean, what kind of doing are you speaking of? It’s not quite clear. At the moment, you’re speaking in conclusions from what is going on, not specifically about this incident.”

“The effort that I felt was required was to sacrifice, and then something else does become possible, momentarily.”

“Alright, what are you sacrificing?“

“What do you mean by ‘that little place’?”

“The one that I’m accustomed to living in, my little place.”

“But as I understand it, you’re not accustomed to living in a little place, you’re accustomed to being  all over the shop, according to the dream. That’s the whole thing. You get pushed around from thing to the other. This is not ‘a little place’. It’s interesting, because, if there is a place, if I can find it, and return to it into morning preparation. I begin to know where I wish to go. I may not get there immediately, but I try to awake, I try to come away from my dreams. And I know I shan’t succeed unless I put some of my attention on the body. This is a fact, there’s no dream here, it’s a need. Nothing can contradict the sensation of the body. If I put some attention there, at least something has changed. I might as well have my sensation of becoming conscious, so I work on that until my body is all over sensitive.”

After a moment, Mr Adie added: “Then I’m in a different situation. I have that now. I can try and remember about feeling, and the need to have air and be aware of the force that comes in. Then I begin to receive some force; and then, where’s that force going? Now that may go in to some central place which, perhaps, is where I find I, sometimes. I work like that. Then, having done a preparation, at any moment that kind of movement is fairly available, because immediately I recollect, or I notice that I’m dreaming again, I go back to that place. And I take that task to try as much as I possibly can. Take that as the task, say, for three hours and then not do it, see. Don’t try and do it all the time. Is it clearer?”

“That is the sort of picture of the process. So now I awake. I try to use the material – the material that I’ve got if I’ve had a bad night and I’m worried, there are all these dreams going on if I’ve had a bad night. I’m worried about something, I get up and they’re still going on, my worries don’t stop. I wake to find those worries. A lot has been happening. So, I have the material, no? I look at this material, I separate from it, separate my body, if I don’t put my attention somewhere then I’m lost. I have to direct something. See, the effort to direct gives me a centre. You can’t direct from a void. If you try and direct your attention you begin to make a centre And if you make the effort it will start to have meaning.

“It is now beginning to come clear,” said Boris.

“Yes, because now you have a bit of sensation. Be a little more particular about the posture of your neck, just to have it back. This is very important for you. Otherwise, I get like this and that’s a very powerful habit. Use all these difficulties, use them.”

“Today, I had an experience of being out of control. I get taken by problems which I somehow make big in my mind and carry along with me until I get to a sort exploding point. It made me feel physically ill afterwards because I really behave badly with the children. I turned them into something far worse than they were, and I blamed myself for what had happened. And as a result, was angry with them.”

“That’s not really blaming yourself,” said Mr Adie, “if you become angry with the children, then you are blaming them, whatever you may say or think.”

“What I meant was, I felt what had happened reflected on me. One of them had done badly in an important exam. And I felt that that shouldn’t have happened. I felt I could have made it better for him, he could have done more work if I had been more attentive to what was going on. And so, I was angry with him, but really feeling myself partly to blame. He clearly was very upset with the way that I reacted, and was no longer open to share what had happened with me, he closed up and that was that. So, this is what happens. I change facts and get steamed up about them. Sometimes just inside, but often expressing it, and that’s the way I seem to be living.”

“Well, you couldn’t have a much clearer example, could you?” said Mr Adie. “You see the need to wake up. You’re dreaming, and you have some bad dreams … a habit of blaming others. And you cannot receive the blame. What was the other matter?”

“I was told by a teacher that my daughter’s bossy at school. And I’ve never really seen that, not like that, and I immediately inside felt offended.”

“You didn’t think: “Well, how on earth could the child can be any different? I’m bossy, so the child is”?”

“I thought of it afterwards,” admitted Jill.

“You should have said to the teacher: “Yes, that’s what I taught her.” … laugher …

“My first reaction was, how could I be accused of having a bossy daughter? My first reaction is always for myself. What would people think of me with that sort of thing? A habit of how I’m seen or how I appear to others.”

“Well, there’s several questions there. How you going to resolve it for yourself? I don’t think you can escape how you are going to resolve it for the children. So, you have to think about this and it’s good that you bring it like this, honestly. You want to do this on you your own long enough until you see the absurdity of the whole situation, until you’re quite easy and free to go back to the children and say whatever is necessary. It’s necessary they should see your mistake, so that they can see to what extent they are similar. To a certain extent, freely criticise yourself in front of them, then they’ll say: “Poor mum.” Being young, they’ll have some compassion; not like you, you see. They’ll start to feel sorry for you, and then you’ll all end up weeping, but it will be alright.”

“Yet it’s very serious too, but on no account fall into the trap of excusing yourself. You made a hash of it, and if they see that, that’s almost better than your doing well really; equally valuable. I have to be free from it. You really owe to them to rectify that, don’t you? Because in so doing, you could give them a lesson, and if they make a boob themselves it’s good for them to recognise it. If you can do it, they’ll get it. Don’t tell them that of course.”

“Level with them, but think about it. It’s very powerful. This one instance might not free you, you’ve got to do some work, You want to see what kind of person this is that you become when you lose control, when you get in a tizz.”