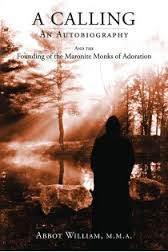 We are still in chapter 6 of Abbot William’s autobiography. It is 1951, and he is a Trappist monk in the USA. We have been speaking of the wisdom inherent in the tradition. Abbot William now describes how Dom Edmund dealt with the novices.

While making allowances for the need for much growth, there remained the element of grace leading the soul on. Age is always a factor. At the same time grace does its wonderful work … along and the age factor. … (Dom Edmund) did not see the need to take their youth away from them. To be sure, the young members of the community were fervent and idealistic, but Dom Edmund believed this fervour and idealistic youthfulness should be used advantageously. It was to be moulded and directed with discernment and understanding. The abbot’s attitude was to accept the young where they are at and then bring them along to higher realities of the interior life. The goal of course is the full maturity of monastic and spiritual life. (pp.54-55)

The premium we place on youth today, to the extent that adults dress and act like youth under the impression that they will win the youth over, is a great psychological miscalculation. It is one thing indeed to let the young be young and quite another for adults to pretend they are young while holding the young down. (p.55)

I do not intend to make a diagnosis of the causes of this miscalculation. But this world needs more of the spiritual impulse, and of the contemplative life which fosters that spiritual impulse, the impulse to know, love and serve God. A person with that impulse has some understanding that this world was created by God, that he is present as spirit, and that we fulfil our highest possibilities in realising divinely revealed values in this material world. For this, we must become different from what we are: we must become able to consciously choose to do what is good, and so to grow in holiness. To realise the spiritual impulse within ourselves we must cooperate in the divine plan to change our state, and our very being. We must develop within ourselves a sense of our aim, and how we are travelling towards it. We must develop the ability to be true to ourselves no matter what the influences of the world, and so to live with others, respecting their immortal souls.

In the light of this, where is the need to be acting like teenagers? One sometimes sees photographs of priests, even bishops, wearing baseball caps back to front, huge smiles on their faces, trying to send the message: “I am one of you”. Do they imagine that someone will look at the picture and say: “Great! The bishop is wearing his cap in that back to front fashion like I do. He will understand me. I’d like to be a priest in his diocese!”?

I distinctly recall that even when I was in high school I felt the falseness of it all: priests ostentatiously not wearing clerical clothes, and using slang expressions. I remember how the brothers forced “folk Masses” on us as if we would all respond with rapture. No one, not one boy in my class, liked the pap we were forced to endure. The only comments I can recall being made by my school-fellows were critical of rubbishy songs such as “Joy is like the Rain”.

But we used to respond to the sense of the sacred in liturgy and to holiness in behaviour. As a priest I know recently commented to me: God is transcendent, one cannot worship Him appropriately unless that worship is ordered to the transcendent. No matter how “thoughtful” or ostensibly “sensitive” it is, worship modelled on the secular does not and cannot lift our feeling to God, because the nature of the original impulse is too low.

Adults should not advertise themselves, but rather be their true adult selves, and what they are just might be able to reach some people. But even then, we must be aware, in all humility, that we cannot reach everyone. That is impossible. There is, after all, a question of types: one person will like certain others and dislike another. It is like a taste for food. But no one likes someone once they realise that they are false, trying too hard to project an unreal picture.

Some people are in an awful spiritual position. No one will ever be able to reach them. But that does not mean that we do not try. We try by becoming our true selves, and respecting who others are, and in particular, respecting what they can become, and that some small feature of how we are may, even if lies unremembered for a time, one day awaken within them.

What Abbot William is speaking of is the primacy of the striving towards the supernatural. Youth by its very nature can sense something of this, but lacks the experience, the intellectual development, and sometimes the regard for tradition which is necessary. The young are willing to sacrifice. Indeed, very many people are willing to make sacrifices, unless and until they become crusted over. The young are rarely so encrusted: their problem is more likely to be rebelliousness. This is part of what I was trying to communicate in my recent blog on Scientology. For all his faults, Hubbard managed to reach and satisfy many people who are yearning for something more, for the chance to make sacrifices for the good of a higher cause. They are let down when clergy expect no more from them than can be supplied by a political or philosophical agenda.

This is partly why I wish to establish a Maronite Oratory, a house for prayer, can and study; to strike a light for the intensely spiritual.

Addendum: American readers may not know that “pap” is a “soft or semi-liquid food for infants or invalids, made of bread, meal, etc., moistened with water or milk” and hence “any soft semi-liquid substance; a mash, paste, pulp …” Shorter Oxford Dictionary, p.1504.