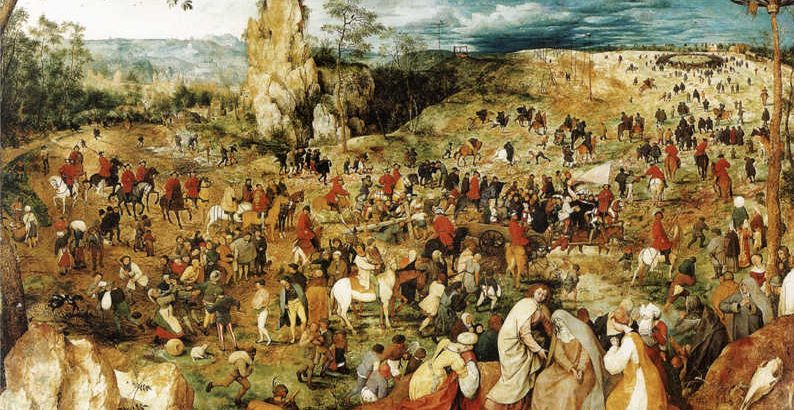 The Fourth Ode of Solomon is enigmatic, and has been studied more than most of the others. I will not go into the history of the study of this Ode, but rather, shall give the translation made by P. Cameron in “The ‘Sanctuary’ in the Fourth Ode of Solomon”, an essay in the book Templum Amicitiae: Essays on the Second Temple presented to Ernst Bammel, ed. William Horbury, JSNT Supp 48, JSOT, Sheffield, 1991, 450-463. On p.461, Cameron concludes his study with this translation:

There is no one who can transplant it and set it down in some other place,

For you planned your sanctuary before you made any place:

You have given your heart, Lord, to your faithful ones:

And you are never barren.

8          Your forces are armed with it, the elect archangels themselves put it on.

Not because you needed us, but because we needed you.

Open your teeming springs and shower milk and honey on us,

Or retract anything that you have promised:

You will not vacillate or take anything back again.

And prepared before you from the beginning.

Clearly, this is a hymn of praise, but what does the praise mean, to be precise? First, let us note that this Ode makes more sense, and reads more easily in the Syriac. However, when we translate it into English, we have to use more words than the Syriac does, and that makes it awkward.

God’s “sacred place” is at the centre of this praise: it transcends the physical world (verse 2), and it is related to faith in God (verse 5).

We have to, I suggest take verse 3 to mean that Christianity is older than Judaism. Now since Christ was incarnated into a Jewish environment, this sounds odd. But remember that Jesus pre-existed, and that in the Gospel of St John it is reported that Our Lord said: “Your father Abraham was overjoyed to see My day. He saw it and was glad.” Then the Jews said to Him, “You are not yet fifty years old, and You have seen Abraham?” “Amen, amen, I tell you,” Jesus declared, “before Abraham was born, I am!” (John 8:56-58).

Then, in verse 4, the saying that God is never fallow can be related to John 5:17: “My Father is always at his work to this very day, and I too am working.” This ties in to the preceding verse, because it is saying that Our Lord has been at work since the very creation.

Touching verse 7, there is an opinion that ḥthāmâ in Syriac means ‘the act of sealing or signing’ made in baptism. But Cameron is against this, as indeed are most scholars, for he says, the same word can be employed for making the sign of the cross, and “it is unlikely to be baptism, since there is a reference to archangels.”

However, I would suggest that the “archangels” referred to here are bishops. There is a significant body of tradition that the “angels of the churches” referred to in the Book of Revelation are the bishops of the churches. That makes sense, why, after all, would spiritual angels need a man like John to deliver a message from God to them? Further in 1 Corinthians 11:10, St Paul writes: “Therefore ought the woman to have a power over her head, because of the angels”. Some people think that this is a reference to a myth whereby angels desire human women. But I think it more likely to be priests.

What this means is that the grace and even blissful future promised for people in this Ode is meant for those who have been baptised.

Further, as Cameron notes, in verse 9, the Syriac word shawthāphûthâ “which means ‘fellowship’ or ‘participation’ or ‘partnership’ … is also one of the words for the eucharist, for holy communion. It appears again in Ode 21.5, again describing the relationship between the believer and God, and in a context of ‘putting on light’ and being constantly in God’s presence.”

So the sacramental element in this Ode is very real, and quite essential to its message of hope. The promise is of spiritual rest, hence the imagery of rain, water springs, milk and honey.

Cameron notes, quite correctly, in my opinion, that the sacred place which opens this Ode is the basis of the entire hymn. However, that place finds its fulfilment in the church, or more accurately, every true church, where the sacraments are made available to the faithful.

The effect of this Ode should be to make us more appreciative of what we have. But there is one thing more. Cameron points out that there are ties between this Ode and the story of the Samaritan woman in John 4. Most obviously, there is the comment in John 4:20 about where God will be worshipped which relates to the opening of this Ode. But there is also the water theme in 4:10 of the Ode, and in the Gospel story. Further, note that the Samaritan woman makes the implicit claim that the older Jacob takes precedence over what is apparently younger (see Ode 4.3), she makes a confession of Jesus’ omniscience (see Ode 4,14), and speaks of God being known (see Ode 4.7).

The artistry of the Odist in weaving these themes into his Ode is rather astonishing. What can look, especially in English, as if it were a tangle of thoughts, turns out to have been a careful meditation on Scripture, relating it to spiritual life in the Church.