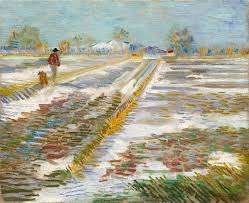 These are the first two questions from lunch on Sunday 22 June 1986:

Jessie said that she had been checking to see if the lights had been turned off, a job she had given herself as she had noticed that they were often left on. But now something officious had joined in, and it had taken over as her role, and with it came a feeling of superiority.

“How interesting,” said Mr Adie. “You notice that someone has forgotten to turn off a light, and suddenly you find yourself dressed in these clothes, with these medals on. I am seeing my automatism, my automatic roles. They utterly ignore me, they don’t need my presence at all, they just play. Identified with the slightest thing. It is very interesting indeed to see one’s life forces going this way, that way, and the other. You see, you are almost there, and something in you is free of it. The more you see, the freer you are of it. Did you formulate any question about it?”

“But there is a question,” said Mr Adie. “The question is the one we had yesterday: what do I need? At any moment? It is give. You see, what I need is given, because I am called. I need to recognise something, perhaps to remember a few things, but what particularly?”

“I need to remember my body. Here is fantasy, but I am called, and so here is the reality which has called me. I need to turn to the reality. But I so rarely remember that at the moment. Something imaginary inside me is threatened by reality. In that state, I never think of my body.”

“There is a refuge available for me here: a refuge in reality, a refuge in lawfulness. If I have the sensation of the body then I can also have the feeling, and then – a balance. When personality is there, relatively unopposed, then what we are speaking of now means nothing. In that, for personality there is no food. No attraction. It doesn’t recognise it. Immediately I begin to appear, begin to observe, it begins to have meaning, and the question is, what do I need now? It is my job to find out. My feeling will depend on finding out.”

“If I could only remember my body, I wouldn’t be taken by this self-importance in putting the lights out. If I realised the importance of saving energy, I would not be going out of my way to talk to others whom I have not need to discuss anything with, and whom I selfishly interrupt. It is a strange compulsion.”

“The fact that it seems strange to you shows how infrequent it has been so far. Now it has to become familiar. The more familiar, the weaker. The more I see it, the dimmer I will get. I only see it by being even partly present. It shows how if I don’t seize the moment it’s gone. You almost felt this coat of self-importance falling off. Really, there is nothing there, but I think that there is.”

Tracey said that she had been in quite a negative state.

Tracy replied that she had been in a good state yesterday, and had expected it to turn up today without any effort. When it had not, she had been disappointed and become negative.

“Memory is a vital part of our work,” said Mr Adie. “For instance, if Jessie could remember just that moment, that is just what she needs. She sees that the manifestation was absurd, and that memory is just what is wanted. It is very powerful. But now you say that I once told you that one cannot rely on memory. That is true, but do you recall the context?”

Tracy said that she thought it had been to the effect that remembering a good state is not enough: I always have to make an effort.

“Yes. But be clear. Memory itself is vital. The fact that you recall what happened yesterday and wish to attain to that type of state is vital. You know what is possible. But how you remember, and what goes with it, is another question. I remember what was, and so in my memory, it is. However, something further is wanted now, something active.”

“It is significant that together with your negative state, you were in a hurry each time I saw you, and that was on three or four occasions this morning. Hurry is not the best way to get a job done quickly. Observation will show you that the best way is with divided attention. Just going quietly is the way to get the job done. A fussy horse isn’t a quick one. Just take the job calmly, with some attention, and you will also use less energy. The way you were working you were expending far more energy than needed, and that will leave you tense and aching. It will tire you out, and leave you without force. You can even work quicker if you don’t hurry.”

“Make an experiment. Left up a spoon and place it back down hurriedly.” (It sounded like she did so.) “There. It went further than you had wanted it. Now try again with attention. You used less energy, and it didn’t skid on the table. If you are careful, you won’t have to waste time tidying up your mess.”

“But now, continue that way. What is your sensation of a hurried state? Try to sense and feel it. Is there any taste at all? What is my colour, if you like? What is my feeling? Have I any weight? Hurry can remind me of a great deal. I can remember these other needs, connections.”

The work is voluntary. The question of remembering is a key. That statement that you can’t rely on memory means that you can’t rely on any one thing until I is really there. But as I am, I need my memory, memory of all my knowledge. What is my knowledge if I don’t remember? I am not a clairvoyant, who can tell what will happen this afternoon. Alright. So I am bound to rely on what has taken place, my memory of it. Have a look at the Book of Ecclesiastes: “remember now thy creator in the day of thy youth …” All on the necessity of remembering?

So it is good you brought that. The key is to use memory. What can I judge by? My knowledge is my store of memory, surely. If you take it slowly, the concept can expand.”